Arguably the most important voice in America right now.

The keys to understanding why Team Trump is both staggeringly cruel and astonishingly incompetent.

END_OF_DOCUMENT_TOKEN_TO_BE_REPLACED

It’s even worse than we imagined. A

END_OF_DOCUMENT_TOKEN_TO_BE_REPLACED

Seriously, guys, this is the face of the US now

Trump’s comment-like things on NATO were created by ignorance, but there is a terrible philosophy underneath

END_OF_DOCUMENT_TOKEN_TO_BE_REPLACED 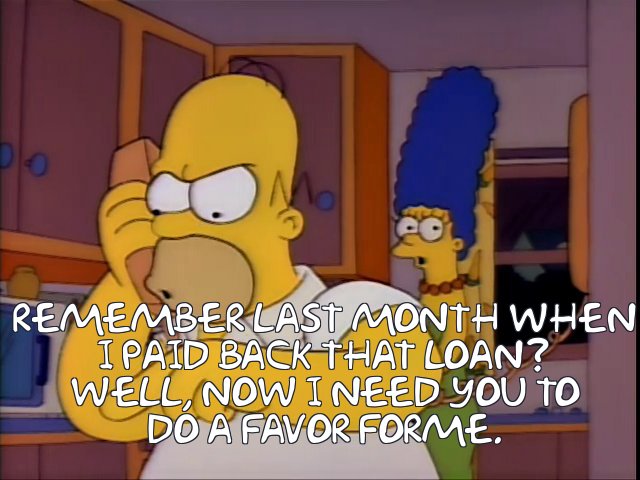 END_OF_DOCUMENT_TOKEN_TO_BE_REPLACED

“Once they get to know me I’m actually intensely unlikable.” -Mike Pence, opening lines to autobiography (“Feeling Pence-ive”)

The VP debate is usually a snoozer where white dudes exchange talking points about the top of the ticket. Kaine needs to make it white dudes talking about how Mike Pence’s vision of America is equally as scary as Trump’s.

END_OF_DOCUMENT_TOKEN_TO_BE_REPLACED

Steve King thinks Colin Kaepernick is basically ISIS, and that anyone who disagrees isn’t American.

END_OF_DOCUMENT_TOKEN_TO_BE_REPLACED

In Salon yesterday, Bob Cesca reminded us of Dean Chambers, the non-entity whose candle burned brightly but briefly by making Republicans think that Mitt Romney was going to win. He did this by “unskewing” the polls, which, he believed were tilted unfairly in the direction of Barack Obama. The scientific method with which he managed this unskewing was to say “eh, I’ll just subtract seven, I guess.” In doing so, a 4-point Obama lead magically became a 3-point Romney lead. It was based on essentially nothing except feelings, but for the people who wanted to listen to him, that was a feature, not a bug.

This was very different from normal spin and cheerleading. Every pro says that the polls may say one thing, but we think as our message gets out, as we get closer to the election day, as our terribly unfair coverage changes, etc, we’re for sure going to win. Saying so keeps money flowing in and keeps supporters from getting too demoralized. It’s normal.

But this is a different beast. It’s not saying that the polls would be wrong, or that they will turn eventually: it’s saying that they are deliberately tilting the field. Chambers’s main target was media sweetheart Nate Silver, but the real target was, essentially, reality. It was saying that this new Democratic/progressive coalition couldn’t possibly be real, and that Americans couldn’t possibly like this hated Kenyan Muslim autocratic weak and feckless usurper. After all, we don’t like him, and no one we listen to on the radio or read on the internet likes him, so any media that says differently is clearly lying. They just want to protect Obama and trick Americans into voting for him.

END_OF_DOCUMENT_TOKEN_TO_BE_REPLACED

The GOP offered a vision of doom, despair, and division. Tonight the President I think divides us offered optimism. I hate this year.

There’s a tell here in Erick “Erick” Erickson, Son of Erick’s, baffled shoulder-shrug of a tweet. The tell is “I think”.  There are of course two ways to read that: the assertive, and the tentative, backpedaling way. It all depends on the inflection. If you emphasize the “I”, you’re taking ownership over the thought, claiming that this opinion is yours, and by dint of agency, you are transubstantiating it into fact. Imagine saying “Actually, your honor, I think that you’re the one drunk in court.” Bold, yes?

The second way is the emphasis on “think”. It’s hedging. It’s what you say when you are deeply unsure of something, and don’t want the responsibility for being wrong. “I think I can land a blimp?” It’s also used when the world is crashing around you, and the edifice of unreality you’ve been creating is knocked over. For Erick, Son of Erick, I think he intended his tweet to be the former, but it is, almost unwittingly, the latter.

Last night’s DNC speech by The President of the United States Barack Obama was pretty much universally well-received, except by Donald Trump. On Twitter, at least, conservatives were calling it great, unifying and optimistic, in stark contrast to the “last call at Ragnarök” vibe we got in Cleveland. There was a certain teeth-gnashing about how Obama was using the language of hope and uplift, taking it from Reagan, whereas their party was one of doom and despair. Part of it was a sort of rueful pride and maybe even unconscious politics: see, they win only by acting like us. But I have to think there was also a bit of shock and even awakening. After all– this was not new.

It seems disingenuous for them to pretend that the Obama message, that of an imperfect union where we work together, strive together, look failure straight in the eye and learn from it, and reject the calls of demagoguery and hatred, is new. He’s always said these things, from his first major speech until last night. He’s tied the liberal values of community and togetherness, of not letting people be crushed by an invisible hand, into the theme of what America was founded on, and what it has too often failed to be. He’s always been the best at tracing that jagged, crooked, and often-broken line between who we want to be and who we can be, recognizing who we are, but not despairing. You can fairly say that the line shouldn’t lead to liberalism, or statism or whatever, and that’s fine. But to pretend he hasn’t always been who he was last night is incorrect.

I said “seems disingenuous” instead of “is, in fact, wildly and comprehensively disingenuous” because I think the level of cognitive dissonance was so great that it took a Trump to break it. They were so deeply vested in the idea of Obama being a divisive President, for reasons that go from normal (for our elevated and rabid times) political disagreements to a vast well of newly-tapped racial hatred. The thinking went. A) There are a lot of people who hate him partly or largely because he’s black.  B) Those people are on “our” side, therefore, I can’t say they are racist. C) I myself don’t like his idea of government, and let’s be honest, don’t love the idea of a successful black liberal, because then what does the party have. D) Therefore, the hatred isn’t coming from our side, but because he’s divisive.

Everything was contained in that shattered lookingglass. The whole theory of Obama- aloof, American-hating, jihad-loving, police-killing, Panther-adjacent, the real racist– had to spring from the idea that he was the divisive one. It was raw cynicism, and the opposite of any of his deeds and actions. Yes, he wanted Democratic policies to succeed. He was a Democrat. But they had to pretend that every action and every statement was so far beyond the pale that he was shattering every norm. And that left them deeply emotionally and intellectually unprepared when the caricature of Obama they created– a dumb, shallow, callow, vain, divisive, narcissistic, thin-skinned, hateful racist authoritarian demagogue– took over their party.

So yeah, that must have been tough for Erick “Erick” Erickson. This was the real Obama, the one whose has always moved to unite. The imperfect President with whom they can have serious and substantive disagreements, but who is clearly thoughtful, clearly intelligent about America and American history, and who clearly cares deeply about the country. They are forced to pretend that this is a reaction to Trump and that Obama is stealing from Reagan and all that, but I’d like to think that for a moment, before the gauzy veil of political hatred fell back down again, that they recognized, for a moment, the lies of the last eight years. And maybe they were saddened for a bit that hatred, paranoia, and petty small-brained bullshit made them miss entirely the most remarkable politician of our lifetime.