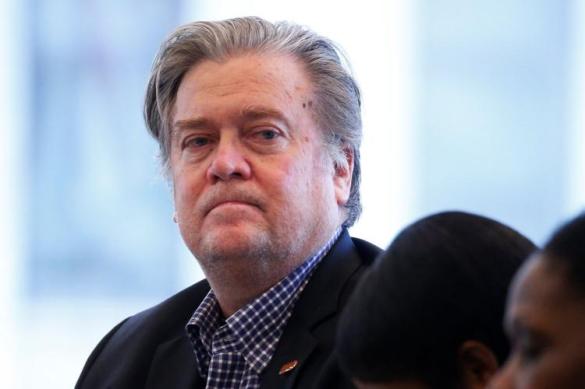 Arguably the most important voice in America right now.

The keys to understanding why Team Trump is both staggeringly cruel and astonishingly incompetent.

In last week’s New Yorker, Amy Davidson had a “Talk of the Town” section about the inauguration, an event which already seems like it took place years ago, instead of 10 days. (How long ago now does Barack Obama’s presidency feel like? It already is remembered to me as one does a different land.) In it, there is a quote which I think can be useful in understanding this administration.

At a pre-Inaugural black-tie dinner, Trump said to his son-in-law, Jared Kushner, “If you can’t produce peace in the Middle East, nobody can.”

It’s important to take step back to see just how crazy that is. Now, you can chalk that up to being a proud father-in-law, or having faith in someone, or maybe even just Trump hyperbolizing. But even so: that’s a legitimately insane thing to say, especially because, by all indications, Trump believes it. He’s spoken time and time again about putting Kushner in charge of Israeli/Palestinian negotiations, and as we’ve seen, Trump intends to keep all his moronic and monstrous pledges.

For an example of that, look at the Muslim ban (or, sorry, the “Extreme vetting of people from Muslim countries that gives special weight to religious minorities hint hint”). It is a moral crisis, as has been remarked on across the board, and a looming Constitutional one as well. But as much as anything, it’s been incompetent in how it has been handled.

It was apparently rolled out without actually consulting with the Office of Legal Council, or DHS, which would be in charge of implementation, which is why no one seemed to know what is going on. The order is so haphazard and nonsensical that they spent the weekend walking it back and forward, as individual border agents decided whether or not to abuse their power. (Spoiler: they did!)

In some ways, that’s a feature of Trump’s main advisor, the white nationalist Steve Bannon. (The order seems to have been written by Stephen Miller, but it’s sort of the same thing.) He thrives on chaos. He understands instinctively how authoritarianism works. It’s not top down, necessarily. It is creating the conditions in which individuals can make choices about power, and most people will choose power. They’ll either exercise it themselves if they have a chance (by default, over those weaker) or they’ll cling to it when seas are turbulent.

Of course, what they didn’t count on were the huge counter-protests, or the stiffening of Democratic and even some Republican spines, or the heroic work of the ACLU and refugee groups, or the cool legalese of judges who realized that, whether or not this order is eventually found Constitutional, the manner in which it was written means it could not be enforced fairly.

Now, we don’t know where we are. It’s becoming a legitimate stand-off, and a possible crisis. No one knows for sure what is happening, and there are still people all over the world, and especially in US airports, in terrifying limbo. While many are listening to judges, it is clear that not all agents are.

Now, it is possible this is still what Bannon wants, though I think the reaction surprised even him. But regardless of if Bannon was just too thoughtless in his authoritarianism, or he genuinely wants chaos, shouldn’t really matter. What matters is that he wrote a sloppy uneforceable order based on a mendacious slander, and Trump signed it, and there was no one who stopped him.

This is because Trump doesn’t have any idea how to be President. What he knows is how to campaign, and Bannon is able to slip everything past in the idea of a “shake things up, give em hell, show toughness” campaign. Take “Extreme vetting”. Trump keeps repeating that and enshrining it as if it were a real term. As if it were some kind of recognized standard. As if it meant anything at all. It doesn’t. It’s just a vapid, if catchy, slogan, that somehow got made into an executive order.

This is dangerous, because ruling like a campaign, especially a campaign run by a white nationalist authoritarian who sees great value in chaos, violence, and the cowing of opposition, will almost certainly precipitate a Constitutional crisis, if it hasn’t already.

So why does Trump listen to him, besides the fact that he has no idea what it means to be President? I think it is about Trump’s ego. After all, he is the one who hired Bannon. No one else ever would. Low Energy Jeb wouldn’t. Little Marco wouldn’t. Even Lyin’ Ted Cruz probably wouldn’t. And certainly not those disrespectful FAKE NEWS people. Only Trump. It flatters him to listen to such a man, because it makes Trump feel good about himself. It’s why he, in what is nearly a coup, elevated Bannon to a permanent seat on the National Security Council.  (That Bannon knows exactly how to manipulate Trump is part of this, but not all of it.)

That brings us back to the Kushner line. He seems to genuinely believe that Jared Kushner, who has zero experience in diplomacy, zero experience in the region, and no real history with any of the players, can sit everyone down and make a deal. Because he’s essentially a Trump, and they’ll show everyone. This is a gang that doesn’t know what it is doing, and assumes they are the only ones who do.

That’s the triangle running the country (it ain’t Priebus or Pence). It’s a self-reinforcing triangle of mutual flattery and contempt. They have the unmediated ear of the most powerful man in the world, and he praises them, and himself, for being smart enough to be chosen by Him.

And what they know, by inexperience and temperament, is the chaos of a running campaign of bitterness. With no public service between them, they don’t even understand the basics of governance. They just know how to stir up hatred. That they are already running into self-imposed obstacles might be a feature, and it might be a bug, depending on which level of “evil genius” you place Bannon. But it is the vision these men have of themselves that is guiding the country to a point we haven’t seen since James Buchanan stumbled out of the White House, a country burning behind him, with a legacy untouchable until now.

One thought on “The Inner Triangle and the Endless Campaign: Why Team Trump’s Cruelty is Matched By Its Chaos”