In 2015, facing yet another tough re-election campaign, Benjamin Netanyahu posted a short video on his Facebook page, warning his voters about a unique threat to their political system, their way of life, and indeed, the fate of their country: different voters.

“The right-wing government is in danger. Arab voters are heading to the polling stations in droves. Left-wing NGOs are bringing them in buses.”

This was in March of 2015, a few short months before Trump brought racism back into the mainstream of American politics, but it wasn’t like this sort of rhetoric was unfamiliar. Republicans in the United States have been using the same sort of rhetoric for years.

They’d been warning us of hordes of illegal immigrants voting, and massive conspiracies to have the wrong voters vote illegally. One of their conjuring words was “ACORN”, a voter registration service which they shut down after taking part in wild, absurdist conspiracies.

But to Republican supporters, alt-right loons, and out-and-out racists, it was an unmitigated Good Thing. After all, what ACORN was doing was registering the wrong people to vote. That’s echoed in Bibi’s message. It smacks of conspiracy, international meddling, some kind of nefarious scheme to overturn the rightful heir to the Israeli throne, when really it was just voter mobilization against a candidate who had made lives on the margin even more precarious.

This shouldn’t have been a surprise. Bibi Netanyahu has for years been not just celebrated by the Republican Party, but has essentially been a Republican. They use the same tactics, the same tone, and have shared beliefs.

Trump, though not a Netanyahu-like figure, is still the apotheosis of this. Through their rank insecurity, their demagogic bigotry, and most of all, their massive corruption, it is pretty clear that Trump and Bibi are cut from the same cloth.

Background: A Belief in Bigotry

Above, I said that the GOP and Bibi have many shared beliefs. They both hate the Iran nuclear deal, they both think that Arabs and Palestinians should have no say over their eventual fate, and they both believe Israel should do whatever it wants, unconstrained by global opinion, international law, or even the country that is funding it.

But most of all, they share a belief that Benjamin Netanyahu, politician, is actually the sole representative of the Chosen People.

Over Bibi’s latest go-round as the PM, which started in 2009, mild Obama-era opposition to Israeli excess combined with lunatic hatred of Obama into a weird coronation, a saint-making process that elevated Bibi above all others. Republicans openly sided with the leader of a client state criticizing the President, and took the extraordinary gesture of inviting Bibi to harshly condemn Obama in front of a joint session of Congress. 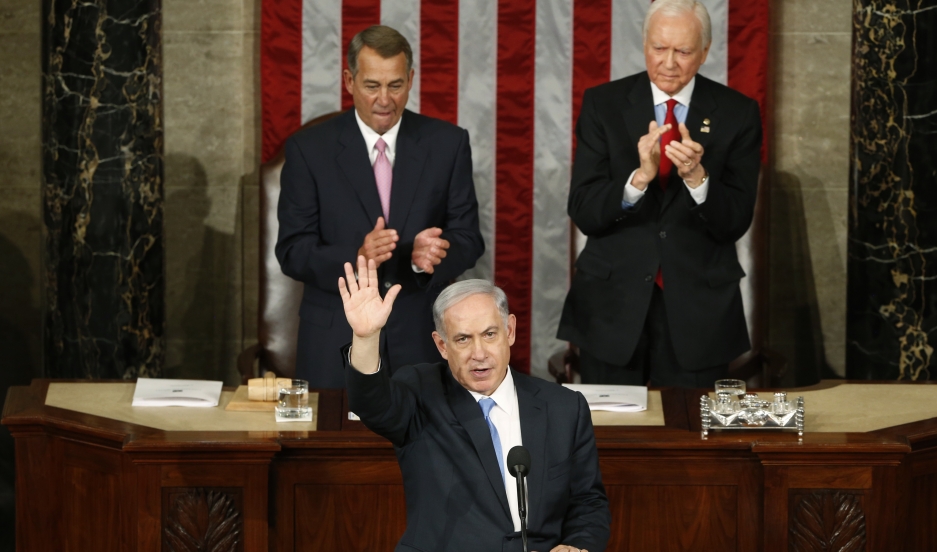 Indeed, for Republicans, it became a point of pride to always side with Israel against Obama…or rather, to side with Bibi. When Bibi undercut decades-long bipartisan US policy of a two-state solution, Republicans condemned Obama for criticizing him. It was madness.

And it was madness contributed to by Bibi himself. He openly supported Mitt Romney in 2012, and allowed Trump to claim a “great friendship” and all that. It is odd to have another country take partisan sides in a US election; doubly strange for it to come from a client state.

But Bibi, like Putin, understands American politics. He knows that even if Obama won his second term, he could count on the Republicans to undermine him at every step, and continue to elevate Bibi above all others. He knew that it wouldn’t make mch material difference who was President, because the Republicans would always run cover, somehow making any criticism of Israel, or one specific Israeli politician, unpatriotic and irreligious.

Bibi is extremely good at leaning into the Republican caricature of him. He isn’t a member of the heroic generation, he isn’t a founder of Israel, he isn’t a rabbi or a spiritual leader. He’s a politician, and a particularly grasping and grimy one at that.

But he’s excellent at pretending to be the living embodiment of Israel, which I suppose plays in some segments of the Israeli population, but his intended audience is the American right. They eat it up. And they react the same way to any critiques.

It’s the same tactic we see time and time again. After spending 8 years calling Obama every name in the book, it is vulgarly inappropriate to say peep about Trump. It is shameful for teenagers to lecture senators about guns. The left has no decorum!

There is a deep well of hypocritical self-righteousness in the right; in fact, that might be the most authentic emotion they have. And Bibi is excellent at that. He’ll deploy every tactic in the book to win an election, build coalitions with the most unsavory and openly racist wingers in order to form the most meager coalition, but act with wounded pride as if he is the unquestionable face of a people. He does this so smoothly, flipping on a dime, that it is almost as if he were coached by Ted Cruz.

But really, Cruz learned from him. The modern GOP learned partly from the terrible career of Netanyahu, who watched his pupils become his cosseting guard. And it reached the peak, as so many things do, with Donald Trump.

Trump and Bibi: Together at Last

To be clear, I don’t want to say that Trump is much like Bibi. Bibi is a smart and talented politician, who understands the issues, even if all he does is manipulate them to accumulate more power, his one true love. He was a Special Forces man, and has served his country with distinction and valor. I loathe him, but he didn’t schlub his way through an inherited life.

Still, though, there are many similarities, and they have come to a head in the political scandal that might finally be Bibi’s reckoning.

One of Prime Minister Benjamin Netanyahu’s closest and longest-serving aides appeared ready to incriminate him on Wednesday after agreeing overnight to become a government witness, the latest twist in a spiraling graft scandal that seemed to dim Mr. Netanyahu’s legal and political chances of survival almost by the hour.

The fast-moving police inquiry into whether Mr. Netanyahu, already battling separate bribery allegations, had provided official favors to Israel’s largest telecommunications company, Bezeq, in exchange for fawning coverage on the company’s online news site prompted one member of the prime minister’s party to ask him to step aside and opposition politicians to call for early elections. 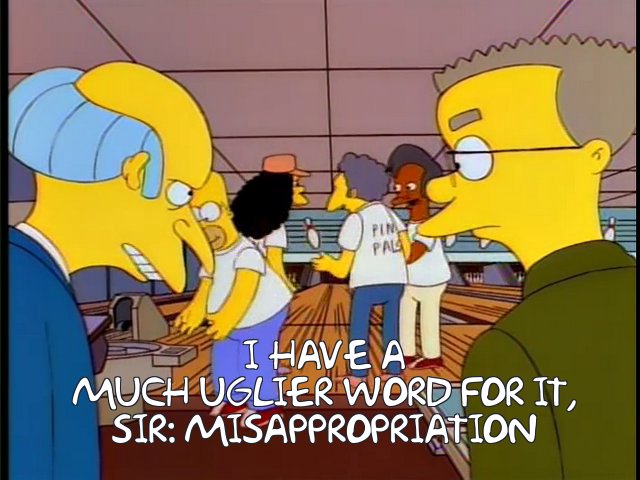 In this, he deeply resembles Trump, who is clearly in office at least in part for massive personal gain. He doesn’t even really try to hide, as it made clear in Don Jr’s trip to India.

President Trump’s eldest son will be spending his time in India promoting Trump-branded luxury apartments across the country. He’ll be meeting with real estate brokers and potential buyers throughout the week in his family business’s biggest market outside the US.

He’s also offering a special reward to Indians who buy property from him: He’ll join them for an intimate meal.

But what makes it crystal clear that Trump Jr. wants to use his political ties to advance his business interests is the fact that he’s planning to deliver a speech on Indo-Pacific relations at an event in India on Friday. (It’s a serious affair — Indian Prime Minister Narendra Modi will be speaking at the same summit.)

First of all, can you imagine this dope delivering a serious speech? HE’S the face of our Indo-Pacific strategy? That’s more absurd that Kushner being granted total control over Israeli policy because he’s Jewish.

But think of just how…small this is. Trump is offering access to his son and advisor for 40 large. He’s selling out US policy to move some condos. Everything about him is cheap.

As it is with Bibi. For someone with such a messianic perception of self, he is deeply and wildly insecure. As his bribery scandal shows, he is driven by media impressions of him. Amir Tibon here details what he calls Bibi’s media obsession.

These are both two deeply vain men, insecure despite accomplishments, and completely unable to take criticism. In drives them crazy, eats at them, and makes them lash out and do stupid things. Trump can’t stay off Twitter, no matter how incriminating it is. Bibi risks everything he’s worked for to garner some more praise.

To be fair, in Bibi’s case it was also to help him win an election, but that shows his dangerous need. He can’t do it on his own.

These are creatures of the media, who wrap themselves up in it, and who pride themselves on manipulating it. They are creatures of titantic self-regard who nevertheless are unable to brush off even the slightest criticism. They are successful men who still grasp and grobble at every loose dime, no matter the risk.

If this little penny-ante scheme does bring down Bibi, after years of breaking treaties and violating international law, after his bigoted and damaging tenure, after his decades of making Israeli politics coarser, crueller, and more American, after being supported by the GOP no matter what he does, and in fact because he will do anything to make the Left unhappy, it will be fitting. It will indeed be Trumpian.

Everything with the two of them has to be both phony and fawning. It has to be tawdry and tacky. It has to be outsized, elephantine even, but still mouse-small. It has to highlight the worst of human avarice, while featuring the most outlandish of human indignation.

They are essentially cheap grifters, a couple of pattering small-time crooks, willing to do anything to stay in power. Trump is Bibi, and Bibi is Trump, and if they are brought down by their essential smallness it’ll be fitting.

Bibi and the Republican Party have shaped each other and imparted their particular awfulness to each other. They have done nothing except make their countries worse. The sooner they are gone from the scene, the more chance the nations will have to recover.

One thought on “Bibi as Trump; Trump As Bibi: How Netanyahu Is The Most Republican Politican In the World”