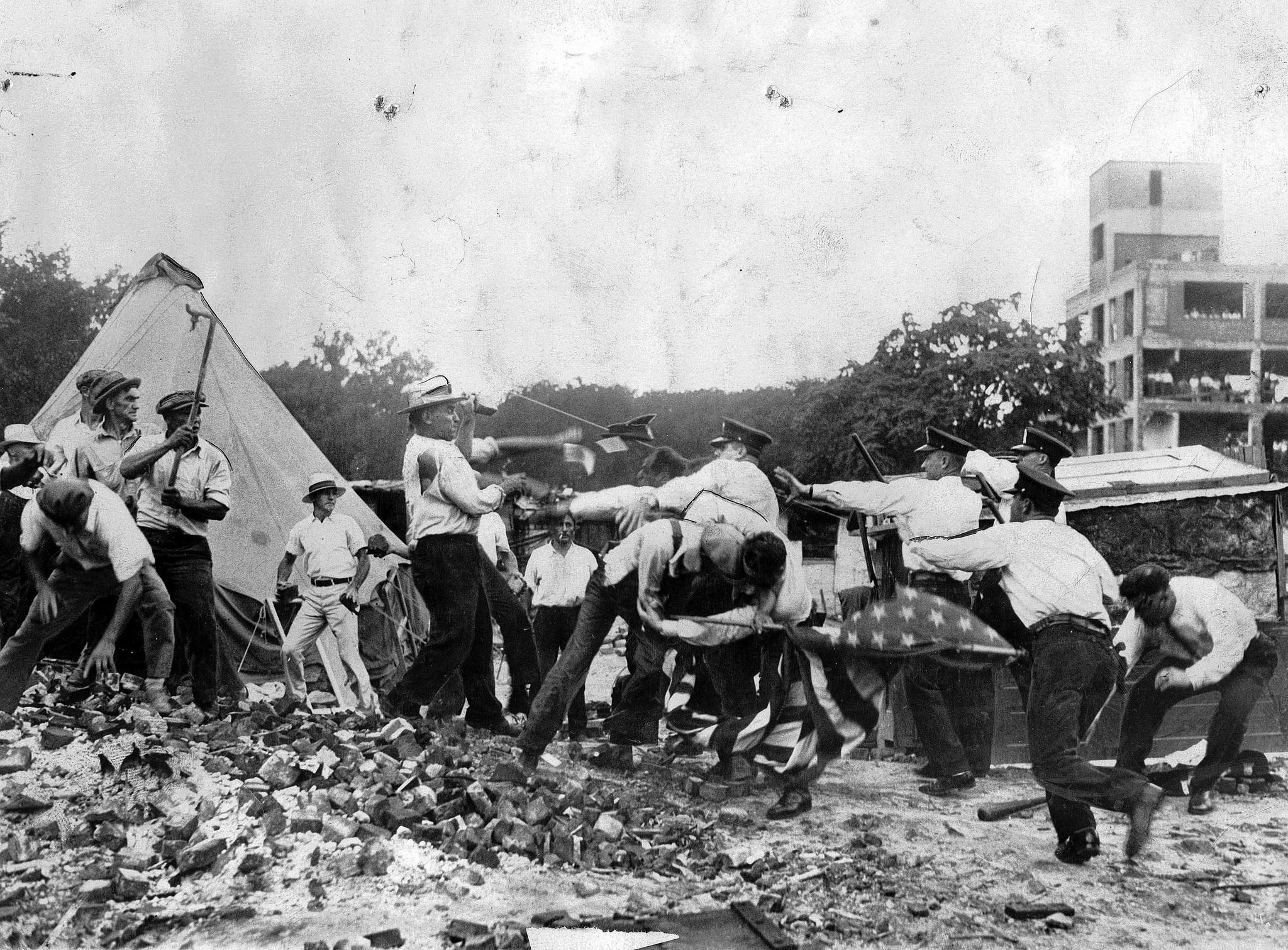 In the Times morning brief, they always have a neat little “behind the news” section, called the “Back Story” pinned to a headline or an anniversary. I usually enjoy it, today more so than others. It starts with commemorations of WWI centennials (the 100th anniversary of the Somme starts in July), and mentions how the US is erecting a WWI memorial in Washington soon. We’re reminded that Great War vets had to march bloodily on Washington to demand rights, and how, to avoid a repeat of that, Roosevelt pushed the GI Bill, one of the great creators of equality in America, and one that, with the bracing comfort of Time, we assume was always universally loved.

The G.I. Bill gave veterans low-interest loans to buy a home, farm or business; 52 weeks of unemployment insurance; job placement services; and up to four years of federal aid for learning.

When the legislation was introduced in Congress in January 1944, some lawmakers argued that the unemployment insurance would encourage veterans not to work. Others worried about the introduction of battle-hardened men to universities, at the time bastions of the rich.

Ignoring the predictable toffish bigotry of the latter (I’m sure the men of Harvard weren’t funding research into shellshock to mitigate war’s cruelty), doesn’t the first argument sound pretty familiar? It’s the battle cry of every conservative when faced with a program that might make people’s lives less miserable, that might protect them from the bitterness of the market. The “argument” that having basic protections will make people lazy, and is somehow antithetical to the magical free market, is still in play. It was for welfare, for Medicaid, for Medicare, and for Social Security. The argument carried into the Clintonian 90s, when welfare was slashed, to prevent lazy people from stealing from the rich.

Actually, don’t ignore the 2nd argument, because while I am sure it was also being made by ostensible liberals, or at least Wilsonian liberals, it is inherently conservative. These are “others”, the ones who are stealing from the makers so that they can be lazy, whether they are Jim Crowed blacks or brutish doughboys. One will note that the “guaranteed income makes you lazy” trope isn’t employed when it comes to the estate tax, but that’s because the worldview is that certain people are owed great fortune, and others should make do with a pittance. It’s basically mean, in the truest sense: small and base and vile, reducing any humans who aren’t us to gravel on the road. You see it in Scott Walker’s attempted evisceration of the Wisconsin Idea (in which the role of the university system becomes  “develop(ing) human resources to meet the state’s workforce needs.”).  And you see it in the Trump campaign, built on a snarling anger against everyone else, an anger all the more dangerous because it transcends class, and makes race the defining feature. It is a class-based argument as well, but one that says “you could be rich if it wasn’t for the others.”

That’s the thing about these arguments: they are always wrong. The GI Bill was one of the great achievements of the 20th-century. Social Security helps prevent the immiseration of the elderly. Welfare is a needed shield. The people arguing against them are always wrong, and are never arguing in good faith, but are preaching a twisted faith from a gilded altar in front of a bloody and charred sacristry.