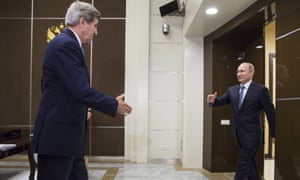 As talks begin again in Vienna on ending the Syrian civil war (which is so much more than that), the main issue revolves around whether Bashar al-Asad should stay or go, with the US favoring the latter and the Russians promoting the former. It seems weirdly removed and high-level, and it is, because the realities on the ground make the removal of one man a short-term fix at best, if not entirely irrelevant.

A really interesting and well-reported article in Foreign Policy by James Harkin helps illustrate why. In the article, Harkin talks of how Hezbollah has flooded the area around Damascus, propping up the Syrian army, and training local militias to fights ISIS, Nusra, and other enemies. The militias are largely Shi’ite, Ismaili, and Druze, all of whom are among the main targets for Sunni extremists. Here’s a taste of how complicated it is.

As Syrians retreat to sect, ethnicity, and tribe, Hezbollah’s services as specialists in irregular warfare are in massive demand. This isn’t only true for Syria’s tiny Shiite minority: Many other religious groups have been threatened — but also emboldened — by the crisis. Faced with the rising tide of a vicious Islamism within the insurgency, they are organizing themselves in Hezbollah-like “self-defense forces.” From the Druze in Swaida to the Syriac Christians in rural Homs to the Alawi-led “Syrian resistance” formations in the coastal provinces of Latakia and Tartous, they see themselves as engaged in a life-or-death struggle for their beliefs, and they exist in a fractious, paramilitary relationship to the Syrian state.

In any war, alliances shift and bedfellows that are made are far stranger than in politics. What ISIS has done, among other things, is to further distort who is on the “right” side. It’s easy and correct to say that the battle between ISIS and Asad is a battle between two terrible sides, but what of the other Alawites? What of the Druze who flock to an Asad quasi-ally in Hezbollah, who are also defending Christians but have all but colonized Golan? If the Ismailis side with Asad, who is a monster, against ISIS, who tried to exterminate them, should they end up on the losing side of the civil war if the US gets its way in negotiations?

The point here is that focusing on Asad, while understandable, overlooks the tectonic fractions that created these conditions in the first place. I think it is inevitable that there will be a new map, as Syria and Iraq have, for all intents and purposes, ceased to exist. In Vienna, they are as much a product of diplomatic imagination as they were at the end of WWI. Understanding the new realities on the ground is the only way to eventually find a path toward peace.