On Saturday, the New York Times published a neat little article by Nick Danforth about different ways the Middle East- mostly the Levant and Iraq- could have been divided up after WWI.  There were several plans, including the original Sykes-Picot, and one from King Faisal, which at least had the benefit of being drawn up by an Arab. While there is the discomfort in thinking about conquering Westerners deciding what will be done in the region (based almost entirely on how it would serve their own interests), there are a couple times where one senses a frisson of missed opportunity and possibility, an alternative history that wouldn’t have ended with the agony in Syria and Iraq (not to mention Lebanon). A French plan for an Alawite state makes one think this could have all been avoided- the Asads would have been the king of a tiny zone, if at all, and wouldn’t have to hold on with such grim and bloody determination. Independent states around Damascus and Aleppo allow one to envision the latter city still standing, and the two countries at peace, somehow. 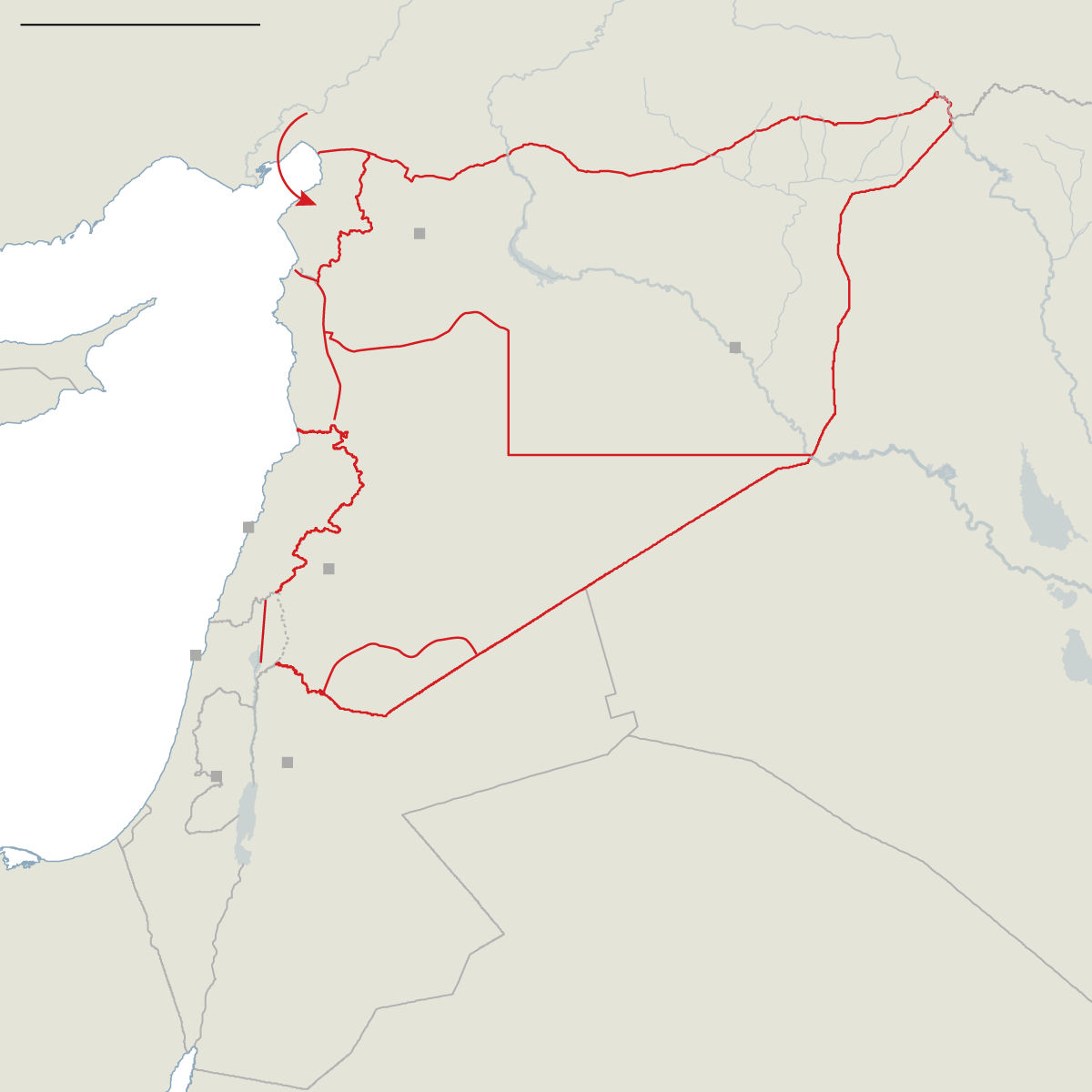 Alawite State hugging the Mediterranean. Isn’t it pretty to think so? Image from New York Times

Of course, any of these drawings would have carried with them their own problems, and their own internal contradictions, such as what to “do” about the Kurdish issue, Sunnis and Shi’ites in Iraq, and of course the eventual Zionist issue. Every state would have its own religious and ethnic minorities, as the lines would have to be drawn with infinite angel hairs to give everyone national determination or to make “pure” states, if such a thing were even possible, not to say desirable. And humans being humans, there would always be cause for war.  There was no real solution, perhaps.

That’s really the nut of the matter. The modern Middle East and the Balkans were both born of the same historic moment: when the rise of the nation-state coincided with the death throes of an ancient empire- the Ottomans. They aren’t exactly the same, of course. The Balkans went through a brief Austro-Hungarian phase, but that was due to the long-running collapse of the Ottomans, the Sick Man of Europe.

It’s hard to think about now, but these were places that had a political system in place for hundreds and hundreds of years (the Ottomans began to dominate in the 14th and 15th century). It was a multi-ethnic and ever-shifting empire, with central power waxing and waning, but never disappearing. When it died in the aftermath of WWI, it was suddenly due to be replaced by modern states.

We don’t really recognize that this is a long and uncertain process, but think of it like this: pretend you are reading a history book in the year 3500, or about 1500 years from now. I know there probably won’t be books at that point, but you’re going to be dead by then anyway, so just use your imagination, ok?

You’d read of the 500 years of Ottoman domination, and then the tumult of the 20th century. The Balkans were briefly dominated by the Soviets and Tito’s 3rd-wayism, and the Middle East by colonialism, followed by nationalism and tyranny, followed by religious fanaticism, until it all collapsed, slowly and then suddenly, starting in around 2003. But the thing is, that section wouldn’t be long.

We’re fewer than 100 years since the Ottoman’s collapsed, and while a lot has happened, it always seems like a lot happens when you’re living through it. But we’re still in the last rigor-mortis flicker, the dying tail of that millennial empire. The Soviets mutated the direction of the Balkans, but they were just a blip, a large factor in determining what would happen in the post-Ottoman Balkans, but still a mere factor in that longer story. Everything that has happened in the Middle East is part of that same tale. The mutations of colonialism, nationalism, and religion are just playing a role.

This isn’t historical determinism. No one’s fate was written by the Ottomans. But if we want to look to the future of the region, after the wars and after ISIS, we have to be able to look at the longer story, a region that moved from stagnant empire to the vortex of the modern nationalistic politics in the span of a few scant decades. No matter how the maps were drawn it would take decades or longer to shake out. Understanding this process, and understanding that what comes next won’t look like what came before, can help us avoid the mistakes of the past, the ones that have led to the ruin and pain of the suddenly modern Middle East.

The brave, doomed, Lightweight Brigade  of the rightwing media charges on in the face of Facebook’s despotic decision not to promote the paranoid yippering of Newsmax as, well, news. Don’t worry. Mark Zuckerberg, showing more of an ability to stomach nonsense than I would have thought possible, is meeting with conservative thought leaders, including Glenn Beck, according to Re/Code.

Facebook has since argued, over and over, that the suppression charge isn’t true — or, at least, that it doesn’t have any evidence that it’s true — but the story continues to have legs.

See for example, Beck’s post, which says that Facebook has “the same problem that many in media and Silicon Valley face: suppression of conservative voices and ideas…How does a company who allowed voices to be heard in Iran and Egypt which sparked revolution silence voices of anyone here?”

I don’t think anyone who has been on Facebook would argue that conservative voices are “silenced”- Donald Trump’s fetchservant would probably agree- but this is absolute manna to the right wing. It allows them to try to distract from the Trump fiasco by turning their popguns on the most vulnerable targets: the media. The hated, disgusting, shameful media which refuses to ever let conservatives be heard, except literally all the time. You watch: they’ll figure out a way to tie this into the Rise of Trump, a grand scheme of how Facebook purposely silenced true conservatives and promoted Trump so that a New York liberal could pave the way for Hillary. This is just another thread in the tapestry of their minds, where they all envision themselves a mini-Churchill, fighting bravely against Saracen hordes. It all makes sense to them.

Also, don’t think Glenn Beck isn’t serious about getting something done. “Beck says he hopes that Carly Fiorina, ‘business icon and a woman with a spine of steel,’ will be joining.” I’m sure Zuckerberg can learn a lot about how to run a successful tech business from her.