“I’ll remove my hand when Mr. Trump lets me!” 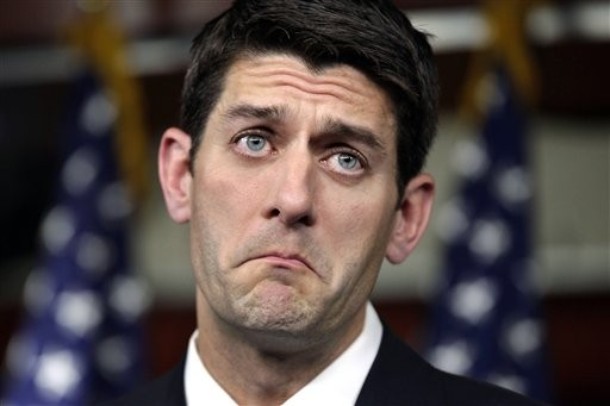 “Maybe I won’t even go to the dance!”

Man, Paul Ryan is the Princess and the Fucking Pea.
I was watching MSNBC at the gym this morning, and his big “meeting” with Trump is today.  They’re covering it like these schmucks are dividing up postwar Europe.
Reporter: “Trump arrived earlier to the building via car, a bold move.”
Different Reporter: “We believe that Trump and Ryan are currently exchanging human words.”
GOP Tool: “We think Paul Ryan will ultimately come to accept Trump as the nominee.  He just simply doesn’t know Trump, since his every utterance has only been covered ad nauseum for a year.”
That Janesville Eddie Munster’s managed to turn this into Paul Ryan Mood Watch: “Oh Whatever Do I Feel?”  Paul Ryan 2020: LEADERSHIP!.