And neither, for that matter, is George Clooney. He is someone who wants a Democrat to win against either Donald Trump or Ted Cruz (or Paul Ryan)! 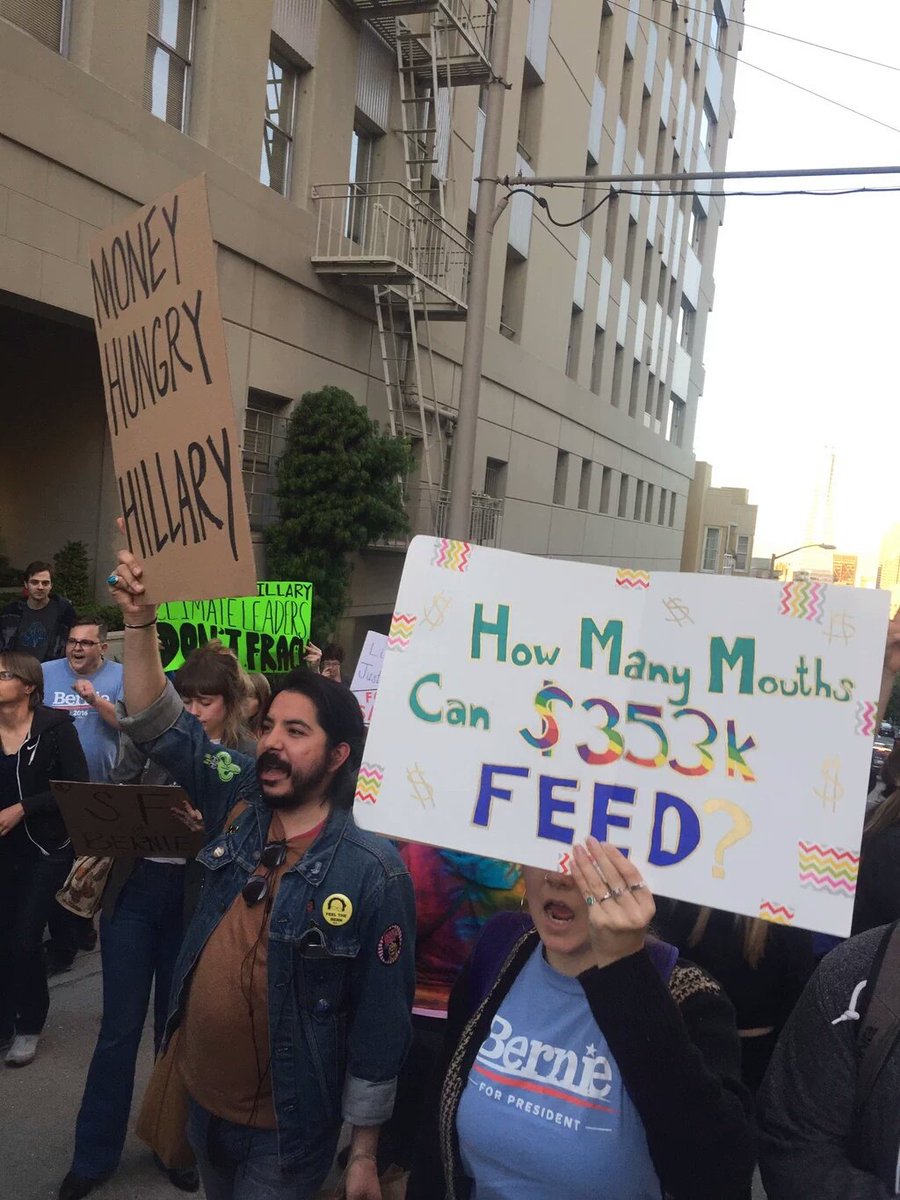 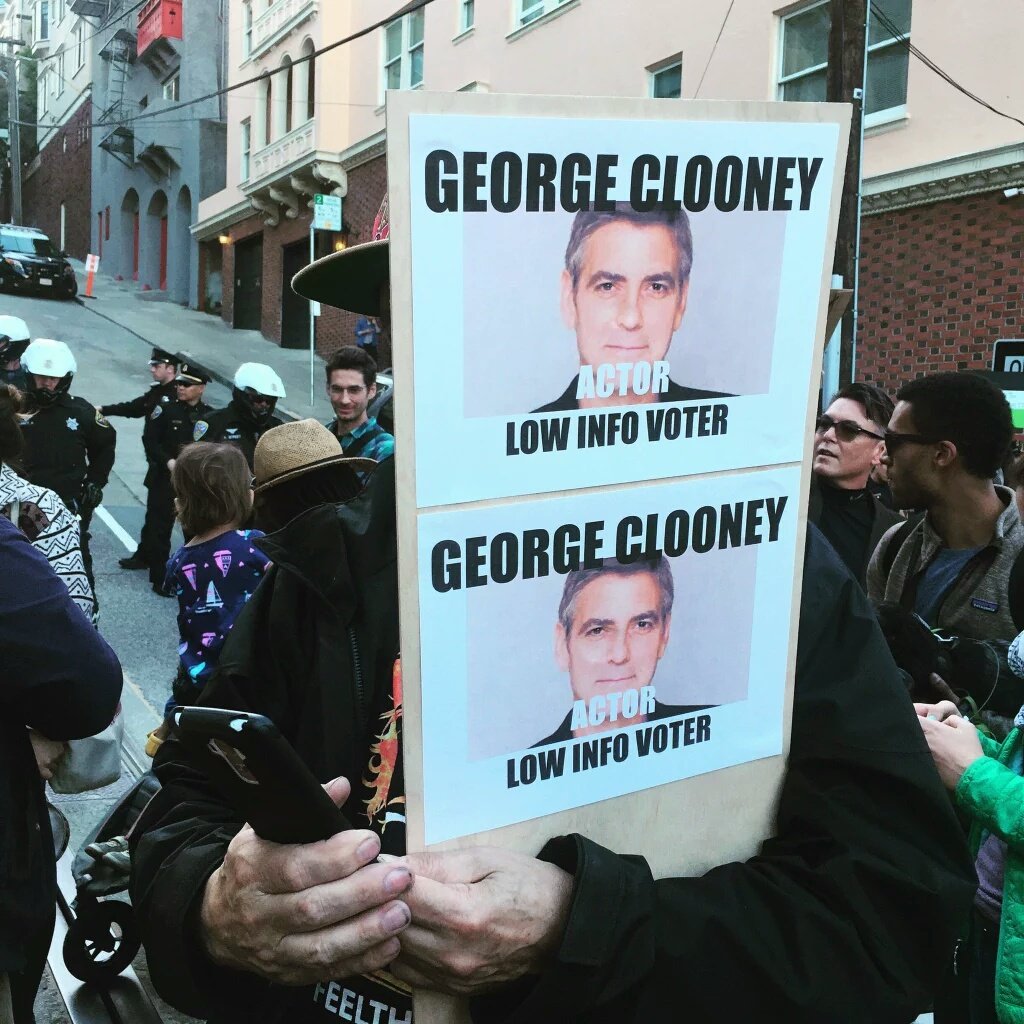 Money plays a damningly huge role in our elections. It has transformed American democracy into a weak and flickering simulation, corrupting everything it touches. There clearly needs to be a change, but that won’t come without winning elections. It certainly won’t come if a Republican wins and they solidify their grip on the House and Senate.

Hillary Clinton, for all her flaws, and for all the moneyish grasping that marked Bill’s tenure and her political career, is not the enemy of the progressive movement. She’s another side of it: less radical, more cautious, not a true soldier, but not a summer one, either. Vote for Bernie (I did!) and agitate for him. Drag Hillary even further to the left. Make her work for votes. But she shouldn’t be treatead her as an alien, as someone to unload upon. She shouldn’t be equated with the desperate venal clowns in the GOP.

It is great that people are fighting for Bernie, and in any election there are going to be hard feelings. But the #bernieorbust movement is an absurdity, a privileged expression of pique. Does it suck to vote for the “lesser of two evils”? Of course it does. But the alternative is the greater of two evils, so come on.

Protesting George Clooney because he is raising money for Hillary Clinton is just as bizarre as anything on the other side. It’s a weird moment in our politics.