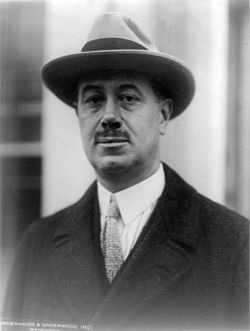 For decades, throughout its entire history, the Chicago Tribune was maybe the newspaper world’s towering bastion of Republicanism. It made the transition from Lincoln’s radicalism to Coolidge-ian Babbitry to Goldwater radicalism to Nixon/Reagan hippie-bashing (its editorials in praise of the police in ’68 were legendary), all the way through to George Bush. In 2008, Barack Obama was the first Democrat it ever endorsed, and they did so again in 2012. This, of course, was enough for its white revanchist commentariat to proclaim it the most liberal rag this side of Pravda. So it seems that the Trib is trying to erase the stigmata of reasonableness, and let the bewildered ghost of Colonel McCormick nap peacefully in his grave.

This morning, the Tribune gave us its endorsements in the primaries: Marco Rubio in the GOP side, and no one for the Democrats. Its reasons for doing so are a master class in absurdity.

It might be better to start with the Democrats. The gist is that they have promised too much with no way to pay for it (ignoring that they both want to restore taxes to Clinton-era levels. Its pinnacle of snark comes after outlaying spending plans without any mention of revenue plans, except to say there aren’t enough Americans to pay for it.

Clinton and Sanders are smart and shrewd enough on economics to know they essentially are promising Americans whole fleets of Lamborghinis that never … will … be … built. This year, federal deficits begin a new climb that rises, every year, for as far as the Congressional Budget Office projects — to fiscal 2026.

Obviously, you can agree or disagree with their assessment. I think it is slightly disingenuous, or at least doesn’t attempt to look at their economic plans in the totality. It dodges some facts and elides others, all to come to the conclusion that “Agree or disagree with Marco Rubio on various issues, he offers Illinois voters the framework of a presidency that realistically could exist. Hillary Clinton and Bernie Sanders have not met this fundamental economic test.”

Let’s look at this word, “realistically.” Let’s look at their endorsement of Marco Rubio. I’ll actually print it in its totality, so you can’t accuse me of dodging points.

No candidate in this cycle has ridden more ups and downs than Marco Rubio. With so much attention paid to quirks — his debate repetitions, his perspiration, even his choice of boots — many Republicans seem not to have noticed his fundamental GOP message of opportunity and uplift. The nonpartisan Tax Foundation calculated that the tax plan Rubio floated with Sen. Mike Lee would raise after-tax incomes for the bottom 10 percent of earners by 44 percent, chiefly via expanded credits. Spending limits, line-item veto, a balanced-budget amendment — all Rubio policy pillars. Crucially, his foreign affairs expertise vastly exceeds that of his rivals. We like his youth, his bilingual fluency and the fact that he isn’t one more Republican who’s been standing in line, awaiting his turn to run.

OK- the last part is weird, as is the idea that “message of opportunity and uplift” mean something to people who want to appear hard-headed.  Let’s take the Tax Foundation. I know people accuse it as having a right-leaning bias; I honestly couldn’t say. What I do know is that they are pretty clear on what Marco Rubio wants to do, which is: lower the top corporate tax rate to 25%, eliminate taxes on capital gains, eliminate the inheritance tax, and lower taxes into three broad brackets with the highest topping out at 35%. The wisdom of this is debatable, and the Trib has the right to promote what they see fit. What isn’t debatable is that he wants to greatly lower government income.

The Tribune, though, knows how to balance this out.

This is in no way fiscally responsible. It is a hodge-podge of contradictions: lower revenue plus increased spending doesn’t work, unless you wipe out all other discretionary spending (axing NPR and foreign aid won’t cut it). Being charitable to Marco would be to say he couldn’t do the math. More realistically, it’s an attempt to stop all spending on those who need it the most.

Again, this is defensible if you want that. It’s the Trib’s endorsement. But it’s a sign of how desperate the GOP is that in order to stop Trump and Cruz, they are restoring to propping up such flights of fancy in the same editorial where they say the Democratic plans don’t fit the “framework of a Presidency.”

Remember, they are criticizing Dems for being unrealistic is in the same editorial where Marco Rubio is lauded for his “foreign policy expertise”.

In the same editorial where Marco Rubio, who was held delegate-less in three states yesterday, and who only has wins in Puerto Rico and Minnesota, was chosen over John Kasich because the Ohio gov “hasn’t been able to put together the national campaign we expected.” That’s why they are choosing Rubio.

I swear, the Tribune has lost its damn mind.

4 thoughts on “The Chicago Tribune Has Lost Its Damn Mind”