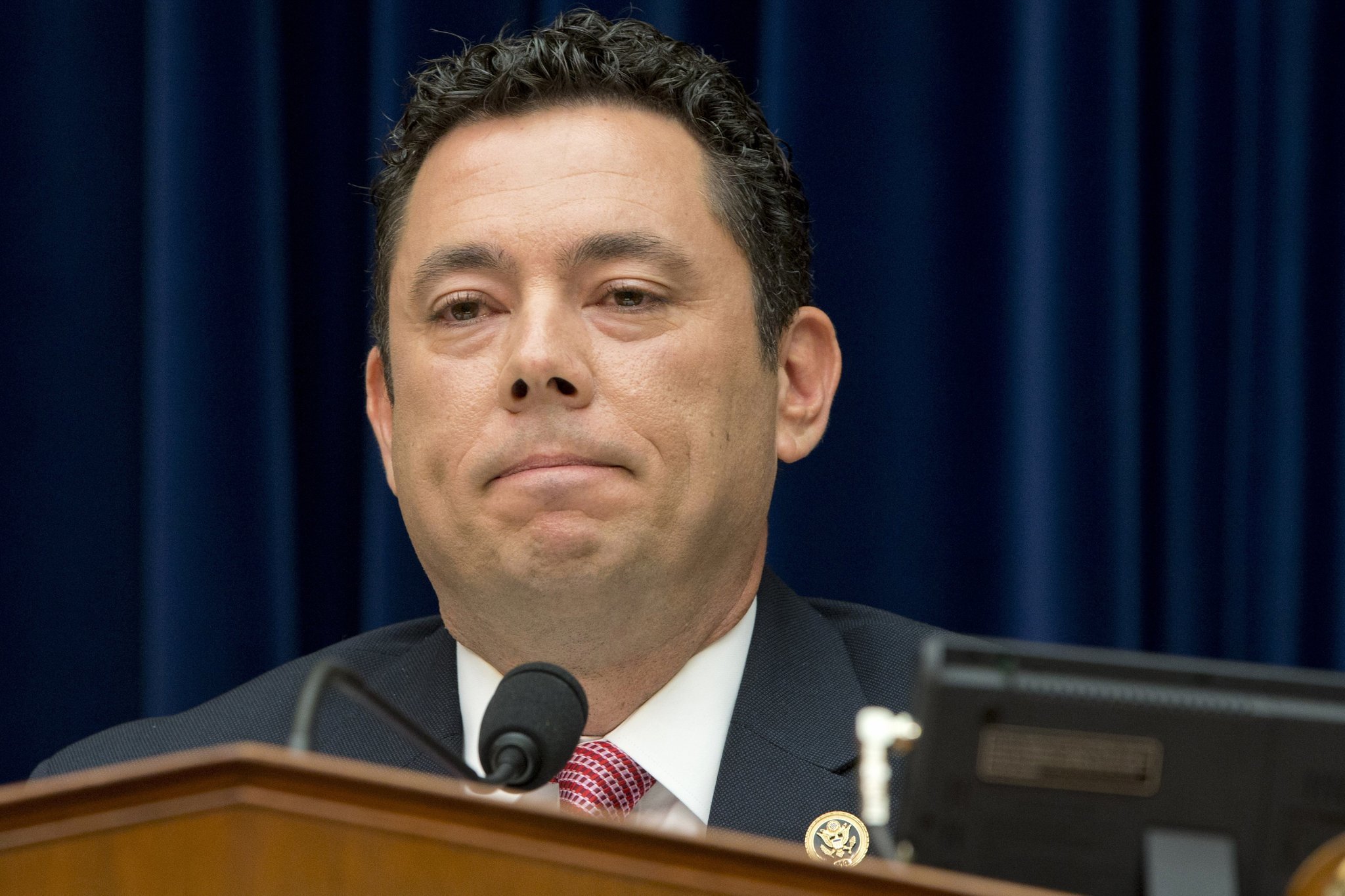 Chaffetz knows his path to 2020 runs through firing up Trump supporters by being the face of obstructionism. He doesn’t care on whose votes he has to trample to get there.

Jason Chaffetz is a profile in courage if ever there was one. After the Access Hollywood tapes came out, he quickly withdrew his endorsement of Trump, braving the tide of the ravening horde to his right. But yesterday, he wanted to let people know that saying “I can no longer in good conscience endorse this person for president. It is some of the most abhorrent and offensive comments that you can possibly imagine,” and “My wife and I, we have a 15-year-old daughter, and if I can’t look her in the eye and tell her these things, I can’t endorse this person,” doesn’t mean he isn’t going to, you know, not vote for Trump.

I will not defend or endorse @realDonaldTrump, but I am voting for him. HRC is that bad. HRC is bad for the USA.

But lest you thought that was the only way this ambitious goon is making sure that the remnants of Confederate secession still admire him, he made it very clear that President Clinton won’t have a chance to be President.

In Weigel’s story, Chaffetz already is planning “years” worth of investigations into HRC, based on things already litigated, some years in the past (if we don’t hear the name Vince Foster on the floor of the house in the next two years, I’ll eat my hat). He’s essentially pledging to make sure that she is unable to govern, and that he’ll keep the idiot jackals happy by having her administration under constant investigation. There is a lot in the article, most notably his blithe complacency with essentially nullifying an election he doesn’t like (which is really no different than Trump keeping us in suspense), but this is the one that really stuck out for me.

There is a lot in the article, most notably his blithe complacency with essentially nullifying an election he doesn’t like (which is really no different than Trump keeping us in suspense), but this is the one that really stuck out for me.

“It depends on who stays and who goes,” Chaffetz said. “If Hillary Clinton brings in the same gang — Loretta Lynch, Cheryl Mills, Huma Abedin, Jake Sullivan — she has her cast of characters. If they put on the same play, she’s not going to get good reviews from the critics. Every single time we turn around, this puzzle gets more complicated with more pieces to it. That story about the $12 million from Morocco to the Clinton Foundation? You could take any one of these stories and have a year’s worth of investigations.”

First of all, the audacity of this is breathtaking. He is basically saying that if she appoints people that talk radio blowhards and Breitbart have decided are enemies, he’ll shut down her government Granted, he’d do the same no matter who she appointed, but still. It’s maddening.

Even worse is the Morocco “scandal”, in which, after she was Secretary of State, the Kingdom of Morocco donated a princely sum to the Clinton Foundation, and asked her to speak. She agreed, then backed off, for political reasons. This is annoying and stupid and sort of sketchy, but not illegal. Not immoral. And not actually unethical, in the governmental sense. (Vox has a good explainer)

I get that it looks bad, and that it “raises questions”. I get that the real answers are complex. I even understand why this is something the howling gibbons of talk radio and the internet will froth over. It looks like a conspiracy, even if a cursory glance shows that there is literally no “there”, there. I get it.

What is maddening is that Chaffetz, who should know something about what is actually legal and illegal, is so willing to make this into an official scandal just to further his career by throwing red meat to the same gibbons (do gibbons eat red meat? I refuse to check). He’s saying that the same plurality of a minority party that nominated Donald Trump should have more say over the next four years than the people who will elect Hillary Clinton. He’s saying that truth has no bearing in his investigations, and that if enough message boards say that a Moroccan prince gave HRC a million dollars to set up a secret lesbian vampire tryst to create open borders for ISIS abortionists, then by god, we’ll investigate.

Chaffetz is already running on the Secesh Branch for 2020. Nullifying this election is his first step.