Note: I’ll be out of town between the 4th and the 15th, in a wilderness repast, with little to absolutely zero connection to the internet or my phone. Posts during this time, written in advance, will be bigger-picture, or more idiosyncratic, rather than directly pegged to the news. If events happen that supersede or negate anything I say, think of these as a more innocent time capsule. Try not to let the country burn down while I’m gone, ok? 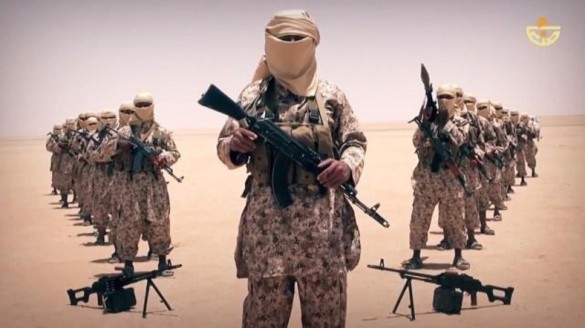 ISIS appears in Yemen in 2015. Image from al-Arabiya English.

A little more than 10 years ago, in early February of 2006, there was a massive jailbreak in from a Yemeni prison, in which 23 Islamic militant tunneled out of their cells and into the women’s bathroom of a nearby mosque, from which they disappeared into the San’a morning (for a detailed look at this, buy Greg Johnsen’s The Last Refuge).  Among the 23 were old militants, like Jamal al-Badawi, one of the masterminds of the USS Cole bombing. He was the big name. Others, like the al-Raymi brothers, weren’t as known.

That was soon to change. What we didn’t realize immediately was that the jailbreak wouldn’t be seen as part of the old battle against al-Qaeda in Yemen, but a new phase with a new group. Over the next few years, and through various names, the younger generation of jihadists took over the organization, before unveiling, the day of the Obama inauguration in 2009, al-Qaeda in the Arabian Peninsula. They had shown themselves to be a patient, smart, and to-the-vest group, and that paid off by becoming the dominant al-Qaeda branch in the heartland of Islam.

For years, people in the know were warning about how dangerous they were, because they were patient and smart, because they kept it close to the vest. They saw the carnage of al-Zarqawi in Iraq and realized you couldn’t build a coalition like that. Their whole goal was to build coalitions, attract foreign fighters through audacious but targeted strikes agaisnt the far enemy, defeat the near enemy (Salih, secular southerners), and eventually have enough land where they could expand unmolested.

That was then. Now they are the old guard, fighting off the ravening, cannibalistic tide of ISIS, which has brought their particular brand of violence to a land destroyed by war, ravaged by poverty, and stalked by hunger. What is happening between the groups is a battle for the very idea of the future of Islamic militancy. It is the horrible past versus the unimaginable future.

There’s basically no way to sum up what is happening in Yemen with a blog post, or even 10, even as long as my posts tend to be. That’s why I am hesitant to say that this is definitive, one way or the other. But what the heck? Yemen has always been a proxy for the wider wars, whether between monarchy and republicanism in the 60s (with a soupcon of Cold War thrown in) or between Saudi and Iranian domination now. The battle between ISIS and AQAP is influenced by that wider war, even as that jihadist fault lines distort the war.

For much of the past year, Yemen has been embroiled in a brutal and messy eight-sided civil war that involves the country’s former president, its current president, al-Qa`ida, the Islamic State, the United States, Saudi Arabia, a rebel group in the north, and a secessionist movement in the south. The fighting has all but destroyed the idea of Yemen as a nation state. Today, Yemen is a fragmented collection of mini-statelets and spheres of influence, each of which is ruled by whomever commands the most powerful force. The central government has ceased to function.

Yemen’s internationally recognized president, Abdu Rabu Mansur Hadi, spent much of 2015 in exile, while his Saudi hosts carried out hundreds of bombing runs on Yemeni targets. Saudi airstrikes, which are supported by U.S. intelligence, have destroyed much of the country’s infrastructure and decimated Yemen’s military and security services, including millions of dollars in equipment provided by the United States itself. The units that have not been destroyed are largely confined to various bases across the country and are unable to patrol or conduct counterterrorism raids. As a result, the constant warfare has opened up significant space for al-Qa`ida in the Arabian Peninsula (AQAP) and the local branch of the Islamic State.

Remember, Iran, being Shi’ite, is ostensibly on the side of the Houthis, who are absolutley being destroyed by the Saudis, who are co-confessionalists with ISIS and AQAP, although they are enemies, and also enemies of each other. Iranian involvement is probably overstated, though they have been pulled in as Houthis, which were never really strictly Shi’ite (influenced as the were by Yemeni culture), have been being destroyed. For slightly more background, read here.

ISIS has been making some footholds in Yemen since their initial success in Syria and Iraq. It wasn’t until this year though that the battle was really joined in force. And to do say, they dropped a kerosene can into the already fiery sectarian tensions that have arisen out of this war. (It’s an interesting case in historical determinism: the Sunni/Shi’ite divide barely mattered in Yemeni history, but through the actions of others, it is increasingly been brought to the forefront. It’s a backwards lesson in how history doesn’t always have to turn out ugly, but brother, can it ever.)

They did so by focusing on what they feel are their real enemies, the Shi’ite apostates. Remember, for a group this apocalyptically pure, the main enemy is always the group who is close to you but not close enough.  It’s not just a lifestyle of course; it is a strategy. By provoking even more violence, by forcing Houthi reprisal, and hopefully, god willing Iranian retaliation, they can force more Sunnis to pick a side. Whether or not that will actually happen remains to be seen, but that’s the goal (this Soufan Group briefing has all the details).

This is a clash between the practice of ideology. It’s a battle between the old guard, which were revolutionary for their time, and the new guard, who are repeating some of the mistakes of the past, but also stamping their own bloody footprint on the movement. It’s a battle between slow, methodical, bridge-building planning, and a rampaging attack whose success depends on constant momentum.

There’s no doubt which is more attractive to the purest: ISIS offers something clean and steely, whereas, by contrast, AQAP seems too tentative. They aren’t interested in slaughtering Shi’a. They aren’t interested in persecuting Yazidi. They don’t even seem to care much for killing Christians or Jews, at least as Christians and Jews per se. They want to defeat the local infidel power (which are in theory Muslim, but working for the police or military is apostasy) more than anything else, and create space and a working army for the next stage of jihad.

Please don’t think that I am romanticizing them: these are violent militants whose main tactic is to kill. Killing a graduating class of regional police officers is a legitimate tactic for them. They aren’t good guys. But what they are is smart. It’s a question as to whether ISIS is or not.

What’s extremely interesting here is that it is an echo of what we see beginning to form in Syria, between Jabhat Fateh al-Sham (née, Nusra) and ISIS, in which the former group tries to have a long-term goal to supplant the crumbling caliphate.

I don’t want to overstate the growing battle between AQAP and ISIS. It’s not going to change things in Syria or Iraq or Libya. The “winner” will be the one who most appeals to the local population, and who can best attract polished, seasoned, and talented foreign fighters. Those two conditions depend largely on the groups themselves, and not on an overwhelming ideological bent.

But that’s sort of the point. In every area where ISIS (or ISIS inspired) groups are having power struggles with Qaeda, or affiliated (or whatever Jabhat is now) groups, it all depends on local conditions and the ability to recruit. There is no single overarching ideology, which makes this an extremely fluid and dangerous time. You can have AQAP successful in Yemen but ISIS in Syria, or whatever comes after Syria. My guess is AQAP will still be around in five years, and ISIS won’t. But there will be something that comes after.

There always is, after all. In 2007 and 2008 we saw the rise of a dangerous new group, and I had trouble imagining what could supplant them. In 2014 and 2015 no one could imagine the end of ISIS. For all the “lone wolf” attacks, groups will ultimately be more successful. So there are no real predictions, just the knowledge that unless we deal with the issues on a country-by-country basis, and admit that this will be generational work, newer and more intense groups will spring up alongside the slow and patient ones. Even if they work in opposition, they’ll still run side-by-side along us. The battle for the soul of jihad is merely about tactics, not about grace.

4 thoughts on “AQAP vs. ISIS in Yemen: The Battle For the Soul of Jihad”