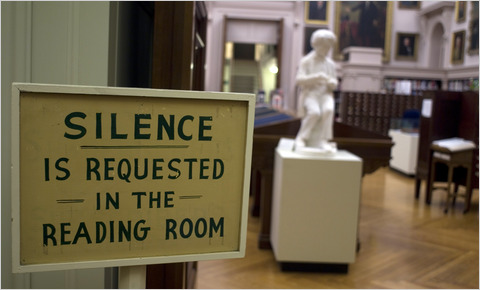 The power of #NoDAPL; foreign fighters then and now; good books; labor and the environment; and more.

#NoDAPL in historic context. Keith Schneider at Circle of Blue (which has some of the best real journalism and research on water issues that I know of) takes a dive into the historic, political, financial, and environmental context of the struggle over the Dakota Access Pipeline. It looks at the nexus of land rights, water rights, Native history, exploitation, and more, showing how they all came together in this truly historic struggle. If #NoDAPL succeeds, it’s one of the great civil rights and environmental victories in recent memories, and shows how the two are often intertwined. Schneider also does a great job breaking down which banks are vested in the project, for those of you who want to bank more responsibly. I particularly appreciate how he breaks down that this project isn’t just ludicrous–you don’t put pipelines next to major drinking water supplies–but it is also not needed, showing how the region’s “oil infrastructure is already overbuilt.”

If this is a historic victory, it is also a victory built on history. The extermination of Native culture isn’t over yet; the battle to grind it into dust is still being waged on a corporate level. The pipeline wasn’t a break in policy. It was a continuation of the last half-century of European power transference onto the land. The battle has changed form, and even the most ardent plunderers pay lip service to Native rights and heritage, but it is literally surface level. If there is anything under the surface, it is taken. This is just the latest example. Just because most of us don’t like to look at how history continues to this day doesn’t mean this is a new thing.

Meanwhile, electionsense, a fairly new blog which I really love, puts #NoDAPL in modern context, as a protest movement that wouldn’t have worked 30 years ago, simply because of the way they were able to spread and control their message. This isn’t a “what does twitter think about this? Look at Twitter!” type of article that would get them a job at CNN, but rather looking at the intertwined growth of information and democracy, “democracy” in the sense of overlapping ideas, complex relationships, and radical spaces. As the blog says, this can go both ways (ISIS, Trump), but the ability to amplify a message globally, instantly, is still very new, and we’re still wondering how it is going to evolve.  We take it for granted already, but it is a major woozy step in human politics.

In his first article for The New Republic, Eric Loomis talks about the environmental movement and labor. At one point, these were not separate. But the greatest trick the devil ever pulled was putting up a division between the two. “Well boys, we’d love to keep the plant here, but the environmentalists are putting in all these new regulations about not poisoning the water you and your children drink. Now, we could easily just stop doing that, and reduce our profits a smidge, but we could also move the plant to Mississipi, or Mexico, or Indonesia. Or I guess we can stay if you de-unionize and agree to huge wage cuts. Not our choice boys. It’s the fault of those liberals.” Then it becomes about jobs now vs. maybe cancer in the future? But maybe not?

And that’s how protecting the air we breathe and water we drink and food we eat became airy elitist piffle. The problem is capital mobility. The one nice thing about right now is that Trump is rounding up all the real enemies and putting them together, making our narrative more clear. Loomis shows a way forward, and how to once again recouple some of the most important movements of our time.

The Combatting Terrorism Center has released a really interesting report about foreign fighters in al-Qaeda 10 years ago and ISIS now. To be sure, 10 years ago was maybe the nadir of AQ global. AQI had fallen apart under the Sunni Awakening and AQAP was just breaking out of prison. But the report shows the dramatic reach of ISIS in terms of foreign recruiting, far out surpassing AQ. That, to me, has a lot to do with not just the reach of social media over the last decade, but the purity of ISIS’s message, which perfectly captures the disassociative tenor of our times. They are perfectly matched for this breaking moment, and while I don’t think they have the staying power of Qaeda, they are possibly more dangerous for it.

The good folks at Duck of Minerva have been doing a “World Politics in a Time of Populist Nationalism” series, whose abbreviation WPTPN flows off the tongue just as easily. But it is a really fascinating series about the dangerous times in which we live. Wednesday, Fiona Adamson wrote about the split between the world cities–London, Paris, New York, Chicago–and the often race-based blood and soil nationalism outside of them.

This, as she argues, can be a counterbalance to the gate-closing hordes (rude language mine, not hers). The problem is of course that by espousing these global values (which are actual populism), cities become easy caricatures for the nationalists to rail against. “New York values” and all that. That they are diverse, educated, progressive to an extent, and also more violent with naturally higher crime makes them easy targets for rabid leaders to turn against. If cities keep on being more connected to each other, as opposed to the outside, that can really ramp up the nationalism in the “country” (in America, this is more of an exurban than strictly rural feature).

The other problem is that global cities tend to be the most educated, the traveling elite, and the self-styled disruptors. As much as I love the idea of standing with New York, Paris, etc as part of an enlightened bulwark, we also have to be sure that we don’t continue the trend where marketers and deal-makers in skyscrapers look through Skype at partners in Berlin but can’t see the poverty below, or the anger boiling in the land. Because that isn’t a caricature; that actually is a terrible thing, and one of the reasons we’re in the mess we’re in.

Process History takes a look at how the Trump campaign was no break from the Republican tradition at all. I looked at his campaign as being an extension of Goldwater, but they take it back to the New Deal, and the ridiculous apocalyptic language of its opponents, who painted ideas like minimum wage and welfare in stark religious and geopolitical terms (“and” as a conjunction does weird work there; the two were essentially one and the same).

This hyperbole carried through the right for the rest of this century and beyond. I don’t think Trump himself believes much of it–if you look inside his head, you’d just see a hall of magic mirrors that telling him, in dissonant syncopation, but all in his own voice, “You look amazing”–but the key is that most of the rest of the GOP does. There are some cynics still, like Boehner and even Mitch, but most of them have been swallowing this for generations. They are true believers. That’s what is truly scary.

Lighter notes! Good books, extremely short reviews. I read A Gentleman in Moscow, by Amor Towles, this week. It was excessively pleasant and exquisitely well-written. Quick summary: aristocrat in Russia gets sentenced to life imprisonment in his hotel. Think a less quirky Grand Budapest. Life happens inside as it flows by outside. I don’t mind that you don’t see much of what happened in Russia, except from the cossetted view of a nearly conflictless existence. I don’t even really mind that WWII and the Terrors are viewed in retrospect after time jumps. As much as I “enjoy” reading about that, it’s not that kind of book.

It is an extremely well-mannered and insightful look at a man who is always polite and always has the right quip. There are some great asides about human nature, and Towles writes beautifully. My one complaint is that I didn’t really feel the weight of imprisonment or the reality of the passage of time. The book didn’t have to be very political (though it is there more than you might think; especially the intersection of personality and politics, and I think that is what some reviewers have missed), but I did want to know more about what it was like to be essentially hosuebound for decades.

But also, I didn’t. It was nice to read something where most people are generally good and have interesting things to say. It was light, but the kind of light we may need. It shows a better way.

Finally, I just picked up In Europe’s Shadow, by Robert D. Kaplan. It is ostensibly about Romania, but so far is more of a travel and intellectual memoir, which, as a person to whom Kaplan once meant the world, is a delight. I still think he is one of the best at showing how history doesn’t end, and how it influences everything. His ideas deeply inform this blog, especially when I yammer on about how the Syrian civil war is the dying tail-flick of the Ottoman Empire. More on the book, hopefully a full review, when I finish.

The goal for the end of the year is to read books that actually came out this year. Up next is The Nix and The Sport of Kings. Any other recommendations?