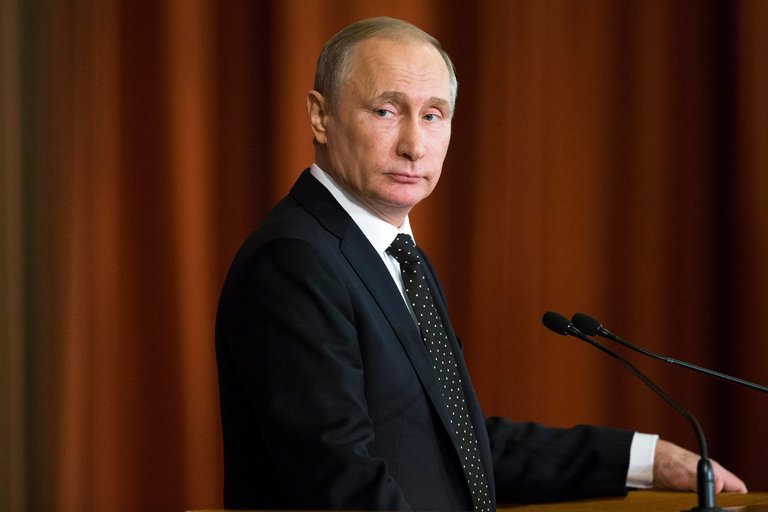 I’ve spent a long time arguing on the blog that Trump’s campaign is not a grift, but a con— that is, it has defined goals (the Presidency), but is getting there by pretending to be a campaign. I think the slapdash family affair that was the RNC showed that to be pretty true, but what I didn’t realize is that he is also a mark. He’s being played by Vladimir Putin, who is playing a much bigger game.

Franklin Foer, Josh Marshall, and Max Boot (among others) have done a great job of laying out in detail the ties between Trump Tower and the Kremlin, a sentence I can’t believe I even wrote.  The problem is that it is hard to really tell what certain motivations are, and which horse is leading which cart. Let’s lay out some facts/suppositions. (Info from these links, and from other sources like The Times and Foreign Policy)

#5, by the way, happens to be Russia’s main foreign policy: dominating their “sphere of influence” (think a colder Monroe Doctrine for the 21st-century). For Putin, anyplace that was a Soviet state, or was at least under the Soviet thumb, should be gravitationally attracted toward Russia. Russia should be able to dictate their fates, who they buy oil and gas from, what their foreign policy will be, and more. That’s why they are so livid at the Baltics joining NATO, or the Ukraine or Georgia looking west. Our putting out thumbs on the scale is seen as tantamount to war. That’s their FP: control the near abroad.

To be fair, it is hypocritical to say that they have “no right” to do so, since America certainly tries to, and tries to control the far abroad as well. But in terms of competing sectors of influence, it isn’t unfair to say that we encourage countries to fall into the US/EU/NATO sector. If Russia thinks power politics are the main game, they have to know that losing is an option.

Ah, but what if it doesn’t have to be an option? What if America had a President like this:

That’s um…well, not to put my thumbs on the scales, but I think we have something here. Hint: it isn’t Hillary Clinton.

I don’t think Putin is funding Trump’s campaign, nor do I think the two are strategizing. Trump isn’t the Manchurian candidate. However, he is the perfect candidate for Russia’s vision of the world: a world of spheres, of dividing the near enemy in Europe, of making as many countries as possible reliant on Russian resources. It’s a world of walls and of anti-immigrant posters rattling by torchlight. It’s a world where international organizations are nonentities, so for any protection, countries have to do the bidding of the near and strong.

This is a world were thuggish psuedodemocrats (like Putin and Orban and Trump) form teams where they get rich through the rawest of power politics. This is what Trump believes, and he’s surrounded himself with people who feel the same way. I doubt this is by design. It is probably partly by temperament, but more by suggestions from people like Paul Manafort, who knows how the game is played.

This reveals a far more dangerous side of Trump. Everything he does is a threat to the Constitutional order, but it took me a while to realize that he himself was being played by far darker forces. Trump has the idea that whatever he does is genius. People like Manafort, who have actual goals, will ride this fearmongering and racism and hatred and blithering incoherence as far as it will go, telling him he’s brilliant, and steering him in a pro-Putin direction. They know they have the perfect idiot who believes his own clippings (indeed, that’s all he reads).

This isn’t to say that he isn’t an American fascist. He is. His melding of the personal and the political into a garish abattoir, a reality freak show, is the perfect expression of the 21st-century, and exactly how fascism would form in the here and now. His ideas of the world are a 21st-century reaction to the ills of modernity, of the dislocation, mixed with a lifetime of racism and self-aggrandizement. He’s extremely dangerous on his own. But that doesn’t mean he isn’t also being played, being manipulated by people with a larger game, who recognize that he can be a useful clown. Trump, with his snarling ridiculousness, is the perfect American counterpart for the growing anti-Europe axis: the fool who thinks he is the king.