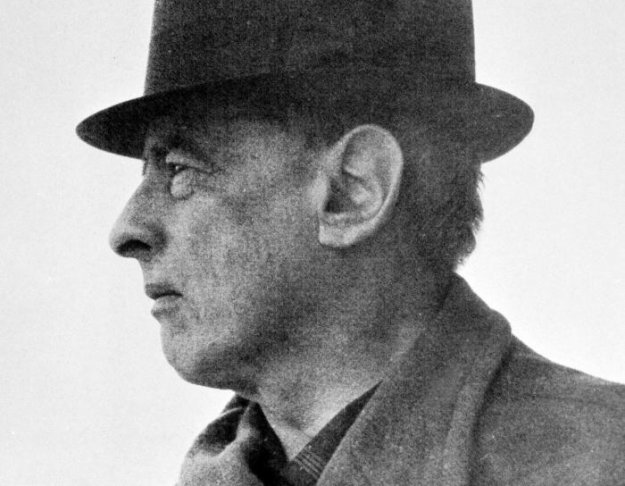 The Paris Review  has in its current edition a very short story by Witold Gombrowicz, the greatest modernist, translated for the first time to English, by Tul’si Bhambry. They were also kind enough to put it online for us cheapos.

It’s more of a ridiculous and minor tragedy than a great introduction to his works, but it does manage to touch upon some of his big themes: the way outside perception shapes and molds how we perceive ourselves, and the way we perceive that outside perception, and how our personalities are molded by a million competing pressures. Like in much of Gombrowicz, the physical appearance of the perceived changes, although in this case it is more a direct action rather than some kind of metaphysical mutation.

His work hits on a lot more themes, of course, and the tragedy of Polish history is always just around the corner, even though, as has been said of him, he might be the only major Polish writer of the 20th century whose themes weren’t explicitly Poland.  If you want a very basic summation, he is a comic writer whose ideas revolve around the crushing weight of being alive and aware in an absurd century. His books are uproariously funny and bizarre, terrifying and grotesque, with wild loops of language and phrases that take on a heightened tone of terror through repetition, as if they were in front of a mirror that bends at stretches in impossible contortions. The power of language is a driving obsession as well- the actual transformative power, as it ties in with the awareness that all we are is a collection of ideas about ourselves in the shape of words. But what happens if other people can control those words? If they start saying that you are a child, and everyone believes it, do you transform?

If you want a starting novel, his masterpiece is probably Ferdydurke, which as I understand is just as much a nonsense word in Polish as it is in English. I would probably actually start, though, with the stories collected in Bacacay. It is a great introduction to his ideas, and some of the scenes in the collection are adapted in other novels. Really, you can’t go wrong with anything.

However, his three-volume Diary is, in my mind, one of the great achievements of writing in the last century. Self-obsessed, at times impossibly narcissistic, with wild flights of fantasy, a keen look into the artistic experience, an exploration of the themes that obsessed him, a view of ex-pat life in South America, grudges, loves, creations, mythologies, allusions and illusions. It’s not just a view of a great writer: it is like immersing yourself in writing itself.