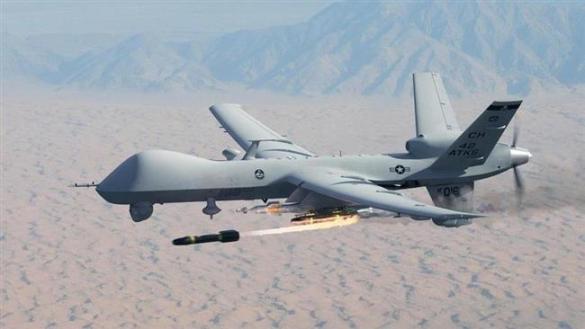 An outstanding editorial in the New York Times today about President Obama’s drone legacy by the ACLU’s Jameel Jaffer and Brett Max Kaufman. The gist of the editorial is that Obama has greatly expanded the use of drones while creating a sketchy and mostly-hidden legal regime that justifies their use. Jaffer and Kaufman argue that the President should publish the Presidential Policy Guidance, release the justifying legal memos, acknowledge the all drone strikes “not just those carried out on conventional battlefields”, and “establish a policy of investigating and publicly explaining strikes that kill innocent civilians, and of compensating those victims’ families.”  All of these seem to me to be reasonable, and entirely compatible with living in a democracy.

(Disclosure? Brett is one of my best friends, the kind of stand-up fellow that everyone should know. That’s not why I like this article of course, but it’s goddamn exciting to see your friend’s name in the Times.)

The heart of the article is a stark reminder of what Presidential power does, and how it is nearly impossible to restrain once unleashed. Even if you think that Obama is justified to use drones (in which a case can be strongly made) or he has used them judiciously and wisely (a much harder case to make overall), anyone should be scared of what happens when someone neither as wise nor judicious takes over.

To me, the starkest passage of their editorial was this:

But as this election season has underscored, powers this far-reaching should not rest solely on the character of the president and his advisers. In a democracy, the ability to use lethal force must be subject to clear and narrow limits, and the public must be able to evaluate whether those limits are being respected.

It’s true, and it is true in a way that may be unique to drones. History shows that while ideas drive technology, technology in a real way is even stronger about driving our ideas. Presidential power expands to fit what is possible. Sometimes it is bullied through, but for the most part, it fills the space it is given. A peaceful example is that of the railroads and telegraphs: Washington couldn’t really think of using its Constitutional-appointed right to supersede state power, especially transcontinentally, when communication was a fool’s errand.

But this is most obvious in foreign policy, especially war. Drones give the President a tool to launch a (for us) bloodless war at any spot on the globe. It’s true that our bombers and guided missiles can as well, but those are different: they fit the idea of what war really is, and so have a different psychological weight.

Drones, however are for now antiseptic and sterile, a techno-tool that can be used at no loss but cost. To be fair, I don’t think President Obama is blithe about their use, even if he errs on the side of striking. But I do think they have allowed him to expand his ideas of war.

Look at Yemen, where drones have been used since their inception, even before most people knew they were a possibility. In fighting AQAP, I have often heard that drones are “much better than sending in soldiers!” This is true, of course: that would be a disaster. But drones create the illusion of a false binary by offering up a clean military solution instead of a messy and bloody one, with coffins flying home for the evening news.  They obscure the option that “hey, maybe there really isn’t a military solution. Maybe we should try something else.” They allow President’s to give into the political imperative to “do something” instead of looking at other options. If the choices are…

…then we have a debate. If it is “send Americans” or “kill terrorists without anyone real dying” then, politically, there is no debate at all.

This isn’t to offer another false choice between no drones and drones all the time. I think they can be used judiciously, with actionable intelligence, and under the right circumstances, and that Americans have a right to know what is going on in a war waged in our names. This doesn’t strike me as radical, and in line with the Jaffer/Kaufman article.

The problem isn’t that we have a discussion between how much drone use is acceptable. We have a fake argument over whether to use them or to let the terrorists win. This will only be exacerbated by a more warlike loose cannon getting their hands on the joystick. If they feel that they can wage war without consequence, the only consequence will be endless war.

The madness of the ColdWar, with generals on both sides howling for tactical strikes and first strike advantages, was actually constrained by serious thinkers on both sides wieghing their options and looking realistically at the consequences. As our true drone President, Obama has a chance in his last year to set more constraints to ensure that we don’t lose control of this technology. I think Jameel and Brett’s article is a great start to that conversation.

One thought on “Obama’s Drone Legacy”