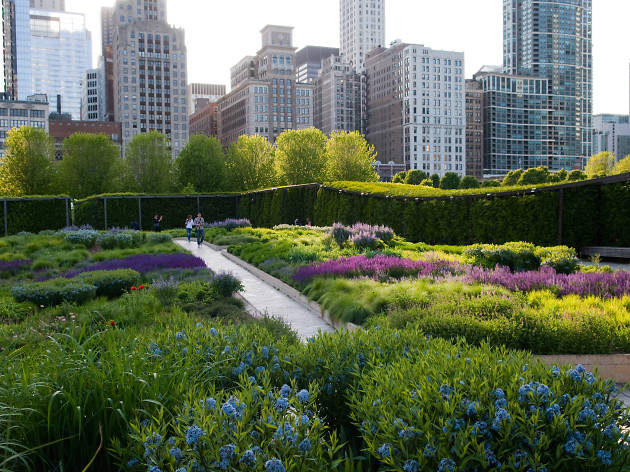 This is not what it looks like outside. But a fella can pretend, right?

It’s Friday, and after a day of false spring here in Chicago, we seem destined for another spell of cold drear. But dammit, I enjoyed yesterday, and I’ll enjoy today, even if the sun is fleeting. What does today care for tomorrow’s Smarch?

Nothing, brother, that’s what. These are strange and terrible times, where every day brings some numbing horrors. But that makes taking the brief burst of spring when you can, and sine-waving your arms in the warming wind.

So dammit, let’s do some quick hits, and gird ourselves for the battles to come.

Patricia Lockwood on the troubles of writing now

Writing about politics in deeply political times is pretty easy. Writing about other things isn’t, because politics seeps into every nook of our brain. And it isn’t just politics: it’s the leering dumbface of our lowing idiot, and the carnival of horrors his cheap victory opened in town square.

It is omnipresent, amplified of course by our ever-present media, the supercomputers in our pockets, which even in the best of times (2015) was impossibly distracting. All of this makes it difficult to practice the serious slow thinking that serious writing deserves.

In an essay/lecture in TinHouse the poet Patricia Lockwood tackles this problem, capturing precisely the weird recursive anger that any thinking person has these days. She is asking, titularly, how do we write now? How can anyone really write in this moment?

It’s funny, angry, depressing, uplifting, and never saccharine. In the end, the advice is just to read things that slow you down, which I think we can all do. Here’s a good sample.

Read diaries, which make the day permanent. Read anything that slows you down to the pace of real life, like Zora Neale Hurston’s preservations of dialect that walk in dresses down dirt roads. Read one of those Annie Dillard books where she watches an ant fuck for like fourteen straight hours and at the end of it somehow believes in God even more than she did already.

Vollmann writes to the future

You know whose writing doesn’t slow me down? William T. Vollmann, the last true madman writer, whose fiction punishes my imagination, sends me reeling and captures my brain for weeks on end. Plunging into his nightmares, especially the grim afterlives in the Seven Dreams series or Last Stories, has me gibbering in stuttered awe.

His non-fiction is remarkable as well, and he’s returning to that with a two-part series this year (because of course he’s releasing two 700-page books this year) about our dependence on energy, which is titled the Carbon Ideologies series. Basically, they are apparently about our vast dependence on energy, how our world is 100% dependent on it, and how it is remaking us entirely.

It seems almost simple, because we’ve accepted that that’s how the world is. But as with the way we reshape water, it is still a really new experiment.

And, if this epistolatory essay in LitHub about climate change, directed as an apology to the future is any indication, Vollmann isn’t terribly optimistic about how this experiment will play out.

Anyhow, the gloom-and-doom hand-wringers like me, the climate change deniers and the consoling weather-cycle asserters, we were all outnumbered by ordinary practical folks for whom cheap energy and a paycheck incarnated all relevance. One fellow wrote in to the newspaper: “My son works in the coalfields of southern West Virginia[;] he supports my two grandchildren by mining the coal that keeps the lights on in America”—this last phrase being often used by my nation’s carbon ideologues. “So I know firsthand the importance of winning the war on coal that Obama declared five years ago.” Whether it was truly Obama who started it, who our enemy was, and whether America’s lights might beneficially be dimmed here and there, failed to encumber him. The maintenance of his two grandchildren trumped other arguments; their needs caused him to “know firsthand” the small selfish thing that he knew. I will not celebrate him, but I decline to blame him, either. Why should his kin go hungry? (You in our future can go hungry instead; after all, we don’t even know you.)

I have my copy of the first volume, about nuclear energy, but haven’t started it. I’ll review it when I’m done, if I still have my senses.

The good folks at ProPublica have been investigating how Trump, Inc is suing cities across the country to get tax breaks, saying that its properties are overvalued by assessors.

This, of course, is standard rich-guy guy, and its hypocrisy in this case is only magnified by Trump’s constant unctuous boasting and wealth-flaunting, but still. It’s normal, if gross and deeply selfish and completely indicative of the disconnect capital has with community.

But also, you know, it is a little troubling when a company is doing so directly on behalf of the President, because, his barely-beyond-contemptuous song-and-dance about not running the day-to-day of his company aside, it’s clear that’s what is happening. There is no real divide between Trump, Inc and the White House. That’s by design. ANd his brainless spawn and their army of sketchy lawyers are using that power to knuckle cities.

That this is unprecedented goes without saying. That is is deeply corrupt goes without saying either. That it is basically ignored, because we’ve essentially accepted this, and stipulated that Trump will be using the country for personal gain, barely needs to be mentioned.

Still, I’m very glad for ProPublica, which is at least keeping a record of everything that is cheap and dishonest these days.

Kottke has the goods. There’s a lot to unpack here (and we’ve talked a bit about Putin’s influences), but there’s more about Putin’s maneuvering, particularly in the Middle East than I had thought before or at least given credit to.

Also present in Mr Putin’s thinking is an even more extreme anti-liberal ideology: that of Lev Gumilev, who thought that nations draw their collective drive, or passionarnost (an invented word), from cosmic rays. In this bizarre understanding of the world, the West’s will to exist is almost exhausted, whereas Russia still has the energy and vocation to form a mighty Slavic-Turkic state, spanning Eurasia.

This dovetails perfectly with the constant Russian geopolitical need for warm water ports, its eternal obsession and engine for expansion. This might explain some of its actions in Syria, which I thought (and still think) are self-defeating lunacy. Still have to mull this over a bit, and read more, but there might be a theory developing here. STAY TUNED!

Ari Fliescher plays the dumbest game of gotcha ever.

Comey describes Trump as a “congenital liar and unethical leader, devoid of human emotion and driven by personal ego.”
Then why did he work for Trump? If that’s what Comey thought, the honorable action would be to resign. I’m on @IngrahamAngle tonight talking about it.

Well, dipshit, your audition for Fox aside, let me be the 8,000,00th person to point out that the FBI director doesn’t work for the President.

This is a perfect example of snarky Fox-driven nonsense that fails to hold up under even the slightest scrutiny but perfectly reveals the green-flecked saliva bubbling out with every breath. It shows the character and the inclination of the speaker. It is pure authoritaian fantasy.

Have a great weekend, everyone!