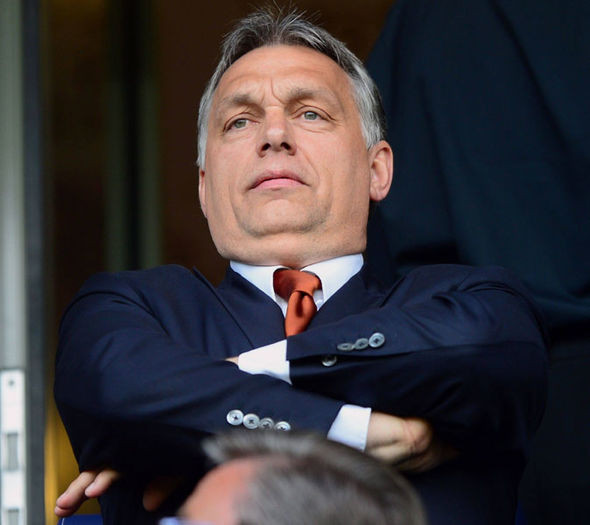 Hungarian Prime Minister Viktor Orban easily won a third consecutive term Sunday and his Fidesz party was poised to regain its super majority in parliament, according to preliminary results from the country’s election.

So, when is the last time that Hungary was an important country in global politics? Was it in 1989 when the leadership, essentially indifferent to communism but very hep to corruption, opened its borders to East German refugees in 1989, helping accelerate the fall of the Wall and the end of the Cold War?

Or maybe it was all the way back in the late stages of WWI, when the Dual Monarchy was falling apart, and Hungary was trying (futilely) to protect its ancient land, essentially splitting with Austria?

In both of these cases, it is more of an example of passivity than of action. So why now is a relatively obscure and minor player in global affairs important? It’s because Hungary has set the blueprint for how Putin runs his corners of the world. To wit:

Opposition parties feared that another super-majority would allow the autocratic leader to more easily push through constitutional changes, continue his crackdown on civic groups that he claims work against Hungarian interests and further strengthen his grasp on the highly centralized state power structure.

Orban has campaigned heavily on his unyielding anti-migration policies. He claims that the opposition is collaborating with the United Nations, the European Union and wealthy philanthropist George Soros to turn Hungary into an “immigrant country,” threatening its security and Christian identity.

That…sounds sort of familiar, no? And it isn’t the case that Orbán saw the success of Donald Trump, and decided to emulate it. He’s been at this for years. Viktor Orbán, who hates the EU, hates Muslim refugees, and hates a free and open press, is the essential template for Trumpism, Brexitism, and all the iterations of right-wing pseudo-populist corruption schemes happening around the world.

Congratulations to Fidesz and Viktor Orban on winning the elections in Hungary. We look forward to working with our Hungarian friends to further develop our close partnership. #UKandHungary

It goes without saying that the Foreign Minister of a country ostensibly concerned with democracy and press freedom shouldn’t be breaking his fingers in a rush to praise racist autocracy, but it is clear that the Tories are now an essential adjunct of UKIP, which is itself an essential adjunct of the National Front, Fidesz, the GOP, and, in the end, the All-Russia People’s Front.

This isn’t conspiracy-mongering either. It’s obviously clear that Putin supports candidates that support his vision of a decentralized world, and from a clear power-oriented point of view, that makes sense. It is also obvious that the pro-Russian anti-multilateral team would rely heavily on nationalism, because that is the opposite of the post-WWII internationalism the world has relied on for so long.

And it stands to reason, then, that relying on nationalism necessecarily means demonizing others, whether those are legal immigrants or desperate refugees, the latter of which are incredibly easy to dehumanize.

What’s interesting is that it is increasingly clear that the enemy of multilateralism must be democracy, because in every instance, democracy is being limited in ways both large and small. This doesn’t mean brutal repression, as demonstrated in an essential article on Orbanism by Jan-Werner Müller, but it does mean the closing of democratic spaces.

At home, Fidesz has been extremely careful to avoid anything that could look like serious human rights violations. When tens of thousands demonstrated in the spring of 2017 against the threatened closure of the Central European University (founded and endowed by Soros), the police were restrained. Free speech is not suppressed in Hungary, at least not openly; bloggers are free to criticize the government, and all kinds of debates can be staged in Budapest coffeehouses. The government seems to use other means to control speech. In 2015, Hungary’s largest left-leaning newspaper was bought by a dubious Austrian investor and, a year later, abruptly closed down, supposedly for financial reasons.

As my colleague Kim Lane Scheppele has emphasized, the very instruments that the West once considered crucial for a transition from socialism to liberal democracy—law and the market—have been used to establish a soft autocracy: after all, the creation of a new Hungarian constitution and Orbán’s capture of the judiciary were done in a procedurally correct manner, as one would expect from a party of clever lawyers. And the closing of the liberal newspaper was, ostensibly, caused by the market, not politics.

Again, this sounds very familiar. There isn’t widespread repression (which is different than the daily pounding thrum of police violence and ICE brutality, though those are threads). I am free to write this blog every day without fear of a knock from the police (or, indeed, of anyone even reading it). We march and we protest and we make fun of Trump every night on the TV and Twitter.

But that’s not what modern autocracy really is. It’s gerrymandering the vote. It is stacking the courts. It is demonizing and ruining the free press. That, clearly, has been the GOP plan, and resistance to it, along with Trump’s sluggish incapacity for follow-through, doesn’t diminish their attempts.

The big question is: why? Why bother silencing the press if it doesn’t matter? What is it about anti-alliance politics that lends itself to a hatred of real democracy and sunshine? Weirdly, or probably not weirdly, it all comes down to corruption.

It turns out that from Moscow to Budapest to Washington, these right-wing parties are little more than enormous grifting schemes, pandering to populism while bleeding dry the people and turning the state into a machine for private fortune. Müller, again.

Without a functioning media, a government’s missteps, corruption, and embarrassments will not show up at all on screen or paper. Consider, for example, the mayor of Orbán’s hometown and one of his friends from primary school, Lőrinc Mészáros, who was an unemployed pipefitter a decade ago. He is now the fifth-richest man in the country, and his business has grown faster than Mark Zuckerberg’s. With disarming frankness, Mészáros once explained that “the good Lord, good luck and the person of Viktor Orbán have certainly all played a role” in his success. Orbán’s own family is listed in a Forbes report as being worth €23 million.

One reason for Orbán’s opening to the East—and his enthusiasm for strongmen from Azerbaijan to China—is that standards of transparency in business transactions are decidedly lower there than in the West.

I mean…the money-grubbing non-ethics of Trump and his family of dipshit grifters. The Bourbonite instincts of the Mnuchins. The ridiculous peacock buffonery of Ryan Zinkie. The grandiose absurdity of Scott Pruitt. The sobering thing is that America is not an exception, but a continuation.

That’s not to say there are no politics or ideology. People like Paul Ryan really believe that the wealthy should be able to do whatever they want and the government should exist to help them do so. Pruitt believes the same, so long as they pollute while they are robbing the coffers. Zinkie really believes that public land should be parcelled off to private interests. They all really believe the state exists to make the rich even richer.

Trump? Well, he only believes in himself, but luckily in practice that means the same what everyone else believes.

The modern GOP is perfectly aligned with every far-right movement in the world, because their beliefs are the same. There is nothing exeptional or really interesting about them. There are particularly American flavors to it, of course, but the outlines are all the same. The only difference between Trump and Orbán is that the latter earned his station in life.

And what really ties everyone together is that they pretend George Soros is the most powerful dude in the world and they pretend he controls everything, from Hungarian electins (which he never wins) to protests in Ferguson (which always overthrow the white power structure).

I guess if you are on the other side of this, you have to ask yourself which is more likely: that a loose coalition of ideologically-aligned leaders who would prefer to be away from multi-lateral institutions with their rules and regulations will support each other and influence each other, or that George Soros controls the world. Because the former wants you to believe the latter really does. What seems more plausible to you?