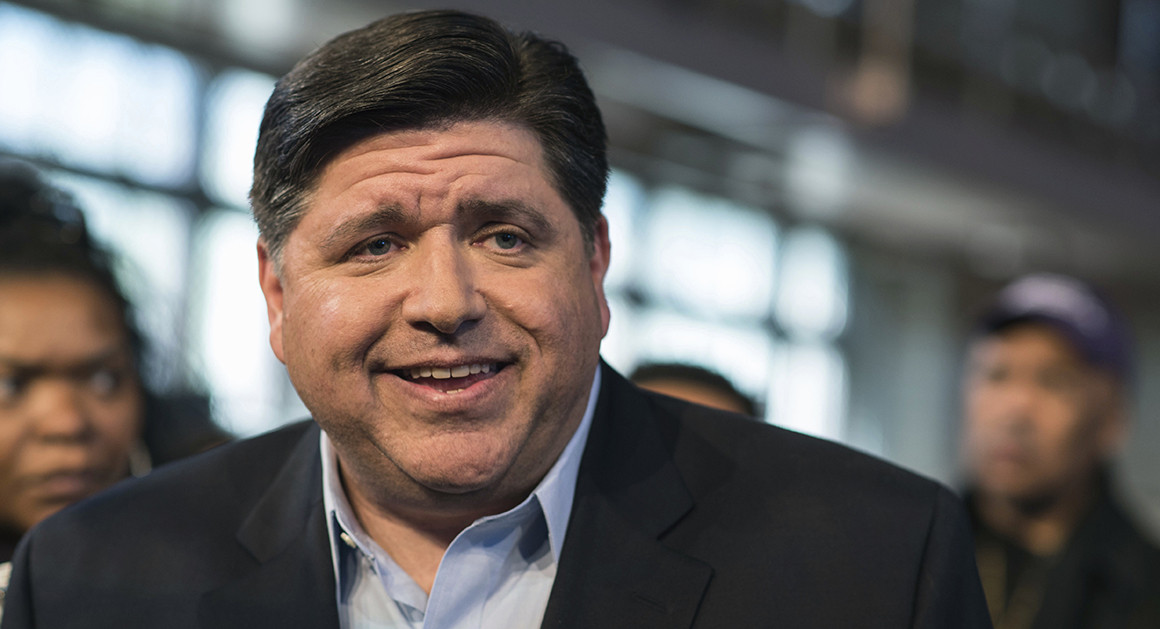 You also have to take into account just how much he looks like a Thomas Nast cartoon of himself.

(Disclosure: I volunteered on the Ameya Pawar campaign for most of its duration, but not having enough money, he had to drop out in October.)

There is no honest or non-cynical way to argue that money doesn’t have a corrosive impact on our politics. You can argue that it isn’t the most poisonous element in our democracy–there’s also race, unacknowledged history, a legacy of violence and exploitation, a constant genuflection toward the gods of capital, Chris Cizilla–but the unlimited flow of money in politics amplifies and entrenches all those things.

There are very few people on the actual Left, and very few liberals, and even few Democrats, who disagree with this. Most potential candidates rail against Citizens United, and vow to work to overturn it. It is solidifying a system where only the richest can compete in politics, which is cancerous to democracy. Indeed, you could argue that such alienation is one of the reasons why people voted for Trump: if the system is rigged, throw in the crazy person. (I think that’s an element, but Trumpism is way more complicated than that).

The problem is, to overturn the role of money in politics, you have to win, which generally takes money. Ideally, liberal/Democratic candidates like to brag about small donations, which are clearly less corrupt. But when you get into the higher heavens of politics, that doesn’t always cut it. Candidates have to raise huge amounts of money to win, and that means buying into the same system they are railing against.

And so the moral issue for Democrats: must we bend the knee to money in order to overthrow its reign? Or by doing so, do you solidify its rule?

That’s a question that many Illinoisians are wondering, a week from the Democratic primary to unseat Bruce Rauner, our dopey plutocrat of a governor. The race has come down to three candidates: Chris Kennedy, who is Bobby’s son and inhis first real foray in elected politics; Daniel Biss, a math teacher/state senator who has captured the party’s progressive wing; and J.B. Pritzker, billionaire.

Since the race began, Pritzker has been in the driver’s seat. To many, including myself when I worked for the Pawar campaign, this was a cause of consternation. After all, should our campaign against Rauner, in the era of Trump, be “Our inexperienced billionaire is fine, you guys. Seriously, he’s different.”

It is a tough sell. But there are a few positives in nominating a candidate who could be entirely self-funding in what looks to be the most expensive gubernatorial race in American history.

And it isn’t like J.B. is some kind of right-winger. His family has always been heavily involved in Democratic politics, and they spend their money on the right charities and in the right causes. Most importantly to me, the Pritzkers are staunch, unflappable backers of organized labor. They don’t build a skyscraper, museum wing, or backyard gazeebo without using union workers. It’s nice to see a rich family actually spend more money to support workers, instead of cutting corners and screwing over labor to save a few bucks, like some cheap-ass phony dipshit Current Occupants I could mention.

That isn’t to say Pritzker is some kind of progressive dream. His investments are complex, and he’s always been closer to DLC than SDS. But his platform is as progressive as that of Dan Biss, and anyway, Biss’s progressive bonafides are a bit exaggerated. He’s taken hold of the Bernie wing, but not really due to record (which is mixed, but fine), but mostly because he’s running a campaign based entirely on not being a billionaire.

Seriously: I can’t emphasize this enough. 90% of Dan Biss’s message is that he’s not a billionaire, which is assumed to be a comprehensive philosophy. It isn’t, of course. And there are a lot of areas where Biss is vulnerable, especially his years in the statehouse, which almost certainly mean he has talked to, and maybe even been photographed near, the Dread Mike Madigan. It’s a liability, which is why a central plank of his campaign is term limits on legislative leadership positions, something that might strike some as also being undemocratic.

But that leads to a question. If the platforms are roughly equal, and there is no clear-cut progressive choice, for whom should you vote? Do you vote for:

I honestly don’t have an answer. There are some who argue that this isn’t really a choice, since Rauner is so deeply unpopular that you could nominate an animatronic scarecrow and it could beat Rauner.

And this is fair. This article isn’t really about either one as a politician, or their campaigns. J.B.’s has been surprisingly negative, spending millions to attack Biss on TV and print. I’ve gotten about 30 mailings on the “real Dan Biss”, though that might just be because Biss is my state senator and J.B. is peeling votes away.

And Biss? His campaign is increasingly snide and irritating, leaning into Bernie Bros rhetoric. I like Biss, but the campaign is entirely “I’m not rich” and self-righteous “real progressive” talk, even though, throughout his career, he really hasn’t been.

But the point is, they can both win. That is, we don’t need J.B.’s billions to beat Rauner.

I sort of agree with this, but it is also facile to say that the race will be free. And so, again, every dollar spent is an opportunity lost to spend it elsewhere. But then, isn’t nominating J.B. giving in to this broken system, both awash in staggering amounts of money and morally bankrupt?

There’s really no answer here. But as our system continues to drown in money, the choices of lifelines grow increasingly ragged and frayed, and the desperate flailing passengers have little to grab onto. Our choices are limited, and if Dems don’t win the next few cycles, we might sink under forever.

One thought on “The Pritzker Paradox: Can A Progressive Vote For A Billionaire?”