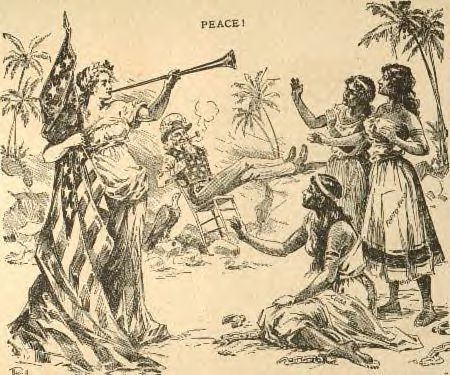 But of course, by the time we took possession of Spanish territories, it wasn’t exactly vogueish to wipe out the population, as we did with our continents own natives. Tongues would cluck! So Puerto Rico has existed in a kind of netherworld, which makes Trumpian disdain toward its economic and political woes even more reprehensible.

Personally, I’d be more than happy to have an independent Puerto Rico, provided that we handle our legacy of occupation and political malfeasance. I’d also be happy if Puerto Rico became the 51st state, though it would mess up the 50-star symmetry of the flag.

Here’s the thing though: that 50-star symmetry is really, really new. Alaska and Hawaii became states in 1959. That’s within the lifetime of many readers, or at the very least your parents lifetime. It just seems permanent, because everything that happened before you were born seems ever thus, and if it happened during your life, you get used to it.

As we are seeing more and more, though, that’s an illusion. The settled post-WWII world is far from settled. The state system of post-Versaille was never actually settled. Hell, even the post-Westphalian state system, still new, is crumbling at the seams, even in Europe.

Look at Spain and the recent upheaval regarding Catalonian independence. Spain is “Spain” in the sense that the United States is the United States: it is a relatively new amalgamation of regions, which have never been settled.

It is easy to look at the map and assume the current borders of Spain have some kind of assumed reality to them, but they were drawn from centuries of war and occupation, expanding and contracting kingdoms, and political impositions. That its borders have been unchanged for the 20th-century doesn’t guarantee a kind of permanence. What is that short century to Catalans? 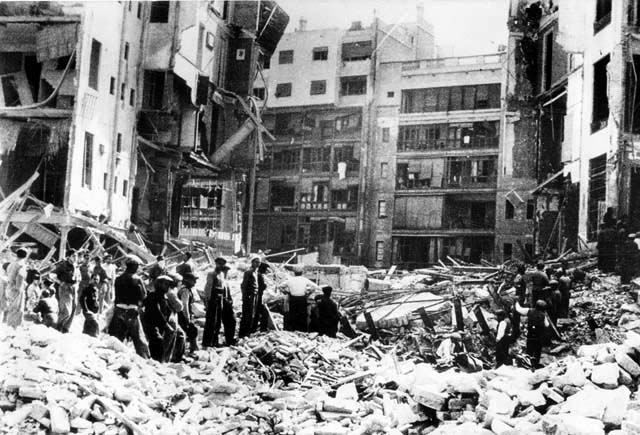 You could argue it wasn’t a great one. Messi didn’t even get there til 2003

And what is the 20th century to the Kurds? Today’s headlines are about the Iraqi army massing to retake Kirkuk from Kurdish authorities. That they have to gives lie to the idea of a logical Iraqi state, one that has any thick black lines, drawn from historical reality. The Kurdish independence referendum was cut from the same cloth as the Catalan one. It was the rejection of these comfortable Westphalian lines.

It is easy to say that they are different. It is easy to have more sympathy for the Kurds, whose lines were drawn by outsiders, by Europeans, as a colonial enterprise. And that’s true! But that is also true from the Catalan perspective (or, at least those who want independence; I can’t speak for Catalonia). It’s true for the borders of many European states, all of whom could have their own independence movements. This amazing map shows that pretty bluntly.

The borders that yoked the Catalonian people, who have their own language and identity, into Spain, were drawn around them by the powerful. They were drawn by centuries of Ferdinands and Francos, of Bismarks drinking coffee around rich tables in distant capitals. The weight of time may have healed the edges, but they were cut from the same bloody sword.

(Or, to put it a different way, Catalonia could be to Spain what native territories are to the US, except the Spanish didn’t kill pretty much everyone. And, of course, we got Puerto Rico from them. It’s all a rich tapestry.)

That’s my point here, and one of the main points this blog has hit over and over (and to regular readers, over and over and over). The world isn’t close to settled, but with our natural human tendency to treat the moment we were born as heralding the end of change, and the modern condition of the two-minute news cycle, we treat it as such. And that impacts our politics.

The United State is particularly prone to this myopia, as we ignore our own history and the past to celebrate some kind of fuzzy and sin-abnegating unity (the only exception, bizarrely (or perhaps totally explicably) is the fetishization of the Confederacy). But Russia isn’t. Russia under Putin knows exactly what it is: a continent-spanning empire created from the subjugation of other people.

This occupation includes the lands we call “Russia” today, an amalgamation of Tartars and Siberians and Dagestanis and Ingushetians and sundry others, but historically has included parts that today are European and Caucasian and Central Asian. That’s because all of Russian history can be seen as an attempt to get warm-water ports. That’s a simplification, but being landlocked, occupying seaward has been the driving goal.

That explains Crimea, It explains partnering with Iran to get toward the Gulf. It explains the maneuvering with Georgia, and attempts to control more of the Caspian (a major issue for Russia right now). And it explains its goal of continued involvement in Central Asia, including this seemingly-strange but totally revelatory news story from Paul Goble in the Eurasian Daily Monitor.

Kyrgyzstan is not the poorest post-Soviet state, but it is the recipient of more Russian money than any other (Turantoday.com, October 11). And Moscow’s payments appear to have purchased at least one thing Moscow very much wants: Bishkek has put off for perhaps two decades or more any shift from the Cyrillic alphabet to the Latin script. Notably, all the other Turkic countries that emerged after the collapse of the Union of Soviet Socialist Republics (USSR) have already taken or are in the midst of implementing this script change—a regional trend that Moscow fears and hopes to slow or even reverse.

Russia and the Soviet Union shifted their Central Asian territories from the Arabic script to Latin, and Stalin moved them toward Cyrillic, but after the fall of the USSR, Turkey pushed them moving toward the Turkic script as a way to regain influence (remember, the Ottoman Empire is the end result of Mongol occupations from the Central Asian grasslands). But Russia needs more influence, and is using its wealth to keep alphabets in its pocket.

That’s the way the world works. History moves slowly, but it burbles up bloodily. It can’t be ignored. The world refuses to be settled, and we’ve entered a period where the 20th century, or rather the grand illusions of the post-WWII and post-Cold War are being shattered. We have to understand these processes for what they are: not an aberration, or some kind of immoral disaster, but the continuation of a long process. The same forces that power Catalonian independence, violence in Iraq, and linguistic bribery in Bishkek are behind our relationship with Puerto Rico. That we don’t understand it almost guarantees rolling disaster.

5 thoughts on “The Unraveling: San Juan, Kirkuk, Bishkek, and the End of the 20th Century”