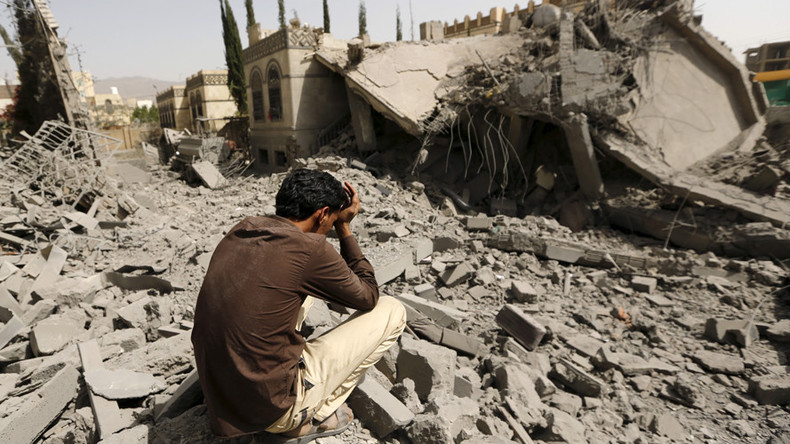 Genocide in Yemen, turmoil in Lebanon, major power war, Jared Kushner, and Tom Friedman. We live in terrible times, with Mohammed bin Salman and his techno-tyrant ambitions at the center of them.

END_OF_DOCUMENT_TOKEN_TO_BE_REPLACED

I would like every day to be as happy as this picture once made me.

I think tomorrow we’ll get closer to being on pace. Working on a long post about Saudi Arabia and Iran, as it looks more and more like we’re heading toward a catastrophic mid-major power war, one in which the US will either be drawn in or let Saudi Arabia get annihilated (guess which!).

But for now, a quick happy thought about Ted Cruz being embarrassed.

538 has a fun chat about the Democrats taking back the Senate, and there is some back and forth about Texas being in play next year.

micah: But here’s my argument for buying Democrats at 30 percent: They basically need one seat in addition to Arizona and Nevada. They might get that in a month. And even if they don’t, if it’s a super Democratic-leaning year, as we think it will be, I’d bet Democrats in red states will be mostly safe.

Moreover! I think people think too narrowly about what states could be in play.

Like, if Democrats have a +10 advantage on the generic ballot and it’s an anti-incumbent year, who’s to say Ted Cruz won’t be in trouble in Texas?

A VA gov '17 turnout and support pattern would bring Texas to the edge of true competitiveness https://t.co/YFDrPXMljB

Now, I’m not betting on this (and neither are they). But it’s not impossible to squint and see Ted Cruz in real trouble, considering that he is still somehow more unlikeable (though not as hatable and truly deeply loathsome) as Donald Trump.

However, it’s also easy to see Ted Cruz sort of wanting to lose in a Democratic landslide year.

It’s this here blog’s long-standing contention that Ted Cruz is running in 2020. He was planning to whether Trump won or lost. It’s why he’s been so fiercely loyal to the man who insulted his wife’s appearance and accused his father of murdering JFK.  I have no doubt he was going to run “more in sorrow than anger” against a man who betrayed conservatives.

(Note: the casus belli would probably be that Trump didn’t have Hillary Clinton executed or something. It isn’t like Cruz would go against Trump for any decent reasons.)

So losing in 2018 would help this case. Trump was such a bad conservative he lost the Senate, and gave it to hated Chuck Schumer. We hates the New York…elite, don’t we? Very tricksy.

This also has the benefit of letting Cruz off the hook. He’d have to start running for President right about the same second his term would begin. While running for re-election, he certainly won’t admit that he has no interest in being a Senator. Indeed, he’d be indignant that anyone would even ask him about that (no one does hypocritical indignation better than Cruz, except maybe Newt).

If he lost, he wouldn’t have to pretend that, like, God got on the horn with him a few days after the election and told him that, on second thought, he should run for President. Even for Cruz, that would look bad.

The best part is that it wouldn’t work. He’d get blown out in the GOP primary by Trump (or anyone else if Trump is gone by then, which: oh god please), win or lose his seat. He’ll be humiliated. Remember, Ted Cruz is nowhere near as smart as he thinks he is. He miscalculates all the damn time. I just hope he gets humiliated in the primary after being humiliated in his Senate race.

Just the thought of it is already making me smile. And in these dark days, we’ll take what imaginary pleasures we may.

After every mass shooting or attack on our daily lives, we rush to figure out motivation. It can quickly get grotesque, as each side stakes out assumptions on the killer, and Twitter rings with claims that he belonged to this or that militia or that he evinced support for climate change or that he was a Muslim.

We know that if the killer pledged allegiance to ISIS, regardless of any actual connections, it will be cynically exploited by the right and immediately politicized, while if it was committed by nearly anyone else we’ll have to say that there was nothing that could be done, it is a health issue, etc.

We know that if the killer was a Muslim, many on the left will be more ready to criticize reaction than to explore why it is that ISIS is able to turn troubled young people into killers with numbing regularity. And we know that the right will act as if these shootings are somehow unique, as if they have nothing to do with any of the other shootings that are beginning to blur in our minds. They act as if you are somehow less dead if shot by a Christian.

We know this, and we already have our reactions planned out while the echo of bullets still bounces off the mountains and thunder across the plains. In a way, it isn’t even cynical: how else can we cope with a problem that seems intractable, and is made so by the most craven politics imaginable?

One way we comfort ourselves, or at least move the conversation into another gear, is when we look for proximate causes. We see in the Texas shooter a history of domestic abuse and violence, and are horrified that he was able to arm himself with such heavy vengeance. Or we see the mental health issues, and pretend that it had nothing to do with guns, per se, as if he could have walked into a church and hollered 26 people into a terrible grave.

(Needless to say, we don’t think Omar Mateen was troubled; he was just a terrorist.)

A violent past, a troubled upbringing, being lonely, being angry, being mentally troubled: all our killers have most or all of this in common. But they have something far deeper. They all live in America, a nation that seems rapidly plunging into a wild kind of madness, a yawping howl that is eating us alive. The violence inherent in our country and buried under our immense and sometimes-inspiring contradictions is burbling to the surface in a shambolic frenzy of limbs and fire.

This violence is part of our past. In this, of course, America is not unique; no borders have been drawn without suffering and oppression over time. Nor are we the only country that’s unraveling. It’s happening in the heart of Europe, and accelerating in the Middle East.

But there is a continent-spanning violence that created our nation, which was birthed in multiple waves of genocide and midwifed by slavery. There has been violence in the expansion of the west, the ever-present violence of Jim Crow, the murder in the cities, not to mention the life-ruining hucksterism of swindlers and city boosters and those who claimed the rain followed the plow.

And through it all, there was the gun. The gun has always been there. Never mind that the 2nd Amendment is clearly licensing state militias; never mind that in the old west you had to check your guns in town.

But that didn’t matter. For an enormous amount of people, the gun isn’t just a tool designed to accelerate lead into another person’s body in order to rend flesh and pulp organs and shed blood: it was the symbol of freedom.

Or, to be more accurate: it is a symbol of freedom for exactly those reasons.

To me, that’s the heart of our madness, and one of the reasons we have this free-floating violence, which can land anywhere at any time, and why none of us are safe. We have literally fetishized the gun, not in the juvenile sense of it being a penis-replacement, but in terms of making it a totemic item of worship, something irreducible from the intangible fantasies that make us America indivisible.

Think about that. We’ve taken it for granted for so long, and buried it in a way over anger at the cynicism of NRA-funded prostitutes in Congress, not to mention the profit-driven murderous culpability of gun manufacturers, that we haven’t looked at how insane these beliefs are. And even if we have, we haven’t really looked at the moral impact of these beliefs.

Obviously, it isn’t just the gun worship that is leading to this crack, this terrible violence. Economic dislocation plays a role, and as I’ve argued, the fact that a continent-spanning multi-ethnic nation that has very recently absorbed into it enormous parts of other countries can’t survive as a democracy, certainly not in the age of atomized media. Distrust and paranoia have always been part of our character, and they’ve been spavined even wider into something gulping and black and endless.

But to me, so much of this comes down to the gun. We’re a nation that is soaked in violence, watered in its visceral resolutions, and we tramp through the muddy slurry that is our only path. It’s why mental illness takes its murderous form, and why so many of us decide that taking out as many people as possible is a viable death fantasy. It’s why the rest of us have our lives and our futures beholden to their whims, and to the luck of not being in a place that has bloomed suddenly into a red nightmare.

Why did those people die in their pews? There are a million reasons, but it boils down to one: they live in America in the 21st century, when all our contradictions come crashing down.

The people who take aim at everyone understand this more than nearly anyone else. It is those whose last moments are spent in pain and terror who feel it the most.