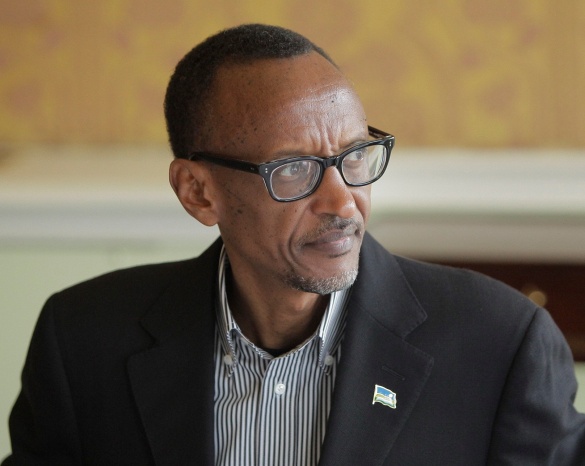 Does the man make his time or does time unmake the man?

Rwanda’s Paul Kagame is taking on France again. His career is a demonstration of the tragedy of history

France is, once again, looking into the 1994 assassination of former Rwandan President Juvenal Habyarimana, whose death via plane crash was the trigger for the subsequent Hutu Power genocidal rampage. More specifically, they want to find out whether his plane was shot down by the Rwandan Patriotic Front, who were waging civil war against Habyarimana and his murderous, racist, clique. Specifically, they want to see if Paul Kagame, the RPF leader and current President, was responsible. Needless to say, he isn’t happy.

On the face of it, this is ridiculous. The RPF had just signed a peace treaty, a tentative one granted, that gave them power-sharing rights in the new government. It is also very questionable whether they even had the technological ability to shoot down his plane. It is a raging debate, anging from the fiercely partisan to the confusingly technical, and I don’t have an answer, of course.

But what I do know is that, within minutes of the crash, Hutu Power began setting up roadblocks and instituting their plan to eliminate the Tutsi minority. I do know that Habyarimana’s wife’s family was the driving force behind Hutu Power, who were furious at Habyarimana for signing the peace treaty. I know they considered him a traitor, and someone who stood in the way of their vision of a Tutsi-less Rwanda.

So yes: Kagame has a right to be angry. His army marched in and stopped the genocide in the face of fearful Western indifference. He considered himself a greatly moral leader, who had his own troops shot for rapin or looting. There was to be a new Rwanda.

What that meant, though, was keeping a lid on everything until they were ready for democracy, and that meant it had to be managed by a man who was humble enough to do it– which was, of course, Kagame. He believed, and still does, that his country isn’t ready for democracy, and that is has to develop further. Otherwise, any election would be along sectarian and ethnic lines, and would devolve again into murder.

It’s actually an argument with which I am broadly sympathetic. Elections are the last step in democracy, as we learned in Iraq and Palestine. But as we also learned, denying voices leads to the same anger you are trying to control. Kagame made any mention of ethnicity verboten, to repudiate the history of Tutsi ID cards, which were nothing but wallet-sized death warrants. But that’s made the Hutus feel even more invisible and resentful.

He’s crushed dissent, thinking that it would lead to genocide. He invaded the Congo, helping to precipitate a colossal and unseen tragedy in which millions (millions!) died. He did so to chase the remnants of Hutu Power, but stayed for the riches. He’s squashed journalism, remembering Kangura.

In short, he became, essentially, a dictator. Rwanda was a success story for a long time, with a thriving economy. Kagame is someone who did a lot of good, but eventually saw the state inextricably wrapped up in himself, like Ataturk or Museveni in Uganda (who after the rotating horrors of Idi Amin and Milton Obote, feared the same think Kagame does). But eventually, you become just another tyrant, imposing your own vision on the state.

It doesn’t matter if that vision is moral, as I think Kagame’s ultimately is. Indeed, for a long time he was one of the men I admired most in this wretched world. But even if France is wrong, and I think they are (and France is bloodily complicit in 1994’s slaughter) that doesn’t change the essential tragedy of Paul Kagame and Rwanda. When you feel that you are the only thing preventing the deluge, and will crush anyone who gets in the way of the dam, you are only ensuring the flood.