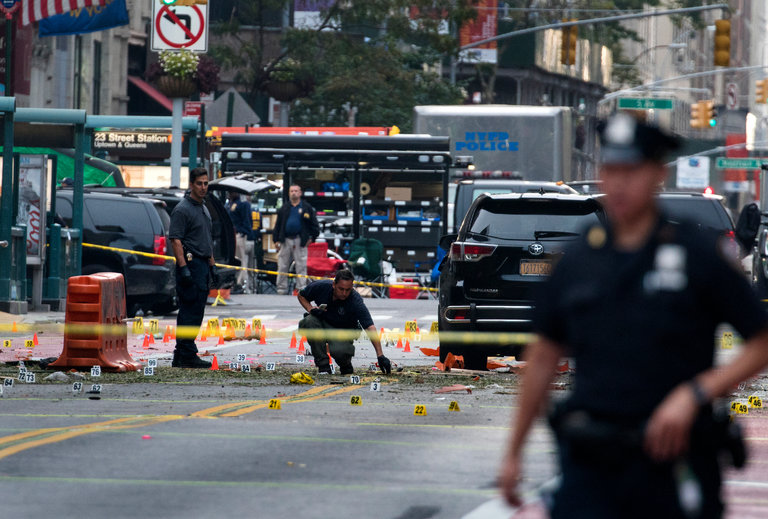 There are a lot of Americans who want to kill other Americans. Some will do so well blathering about Allah and ISIS. Our response is ultimately more important.

It is difficult to overstate the hurdles inherent in such an intensely local, yet federally-run crime scene and investigation. While forensic evidence and security camera footage provided crucial clues, it was the effective cooperation between state, local, and federal agencies—as well as civilians—that brought the case to rapid resolution. From explosion to arrest in just about 48 hours is a remarkable achievement, and a direct result of fifteen years of efforts to best integrate and leverage the unique capabilities of all agencies involved.

There is a wild, howling madness loose in the country. There has been for many years, possibly since Charles Whitman first introduced us to the age of mass slaughter. It has caught steam, and now we barely blink if a shooting at a mall kills only two or three people, especially if one of them is the gunman. Slow day, we think.
More recently, some of those murderers have done so by pledging allegiance to al-Qaeda, or ISIS, or just the vague sentiment of jihad. Some have been directly inspired by Anwar al-Awlaki, or by Inspire, or any number of recruitment videos floating around the influencing wilds of the internet, where one click equals truth. These people, who are different than most in their willingness to kill, suddenly find a cause. Most are daily losers, frustrated with life, who want a chance at glory. Finding an outlet for it, one that seems more elevating than selfish, is a great gift.
It’s not that different than the right-winger who decides the government is stealing his rights, or the Weather Underground who thinks that we need to cleanse the system, man. It’s the same mindset.
Obviously, the jihad mindset is extremely troubling, because it is easier to die for religious fervor than it is for political fervor (just ask the Bundy boys), and it is easier to kill. And, needless to say, ISIS and al-Qaeda (more so the latter) have skilled tacticitans who, with the ability to train qualified recruits, have the potential to unleash devastating attacks. That’s why our response matters. But the truth is there is absolutely no way to stop these.
You can tell the difference in approaches between the two people who want to run the country starting next January. One is calm and measured, emphasizing smart cooperation and rational investigative work. The other is bluster, hysterics, self-congratulations, fear-mongering, and a willingness to overturn even the very basics of our judicial system because a person did a bad thing.
Trump believes– or at least he wants you to believe– that “lone wolf terrorists” are such a uniquely different threat to America than any other murderer that it is ok to turn everything in our country upside down. He is joined in this belief by nearly every Republican and a not-unsubstantial number of Democrats. This is madness; it is insanity, and it is wildly un-American.
The problem is that this is becoming the dominant mindset. Every attack, even unsuccessful ones like this, further helps solidify the “us vs. them” narrative on which Trump thrives, and his fake-macho preening in front of cameras about how Rahami is going to get “amazing treatment” only gives more heft to the idea.
This is the defining question of the election: not any one particular policy, but fear overall. Are people so fearful that the turn to a phony strongman even though he clearly has no idea what he is doing or how to make them safe, merely because he says he’ll keep them safe? Or do they trust in the process, and the knowledge that we won’t ever be completely safe, but we can be safer if we aren’t hysterics, don’t give up everything that makes America the country it is, and don’t see the sky falling every sunset?
Anyone who can confidently say it is the latter is made of sterner stuff than I.