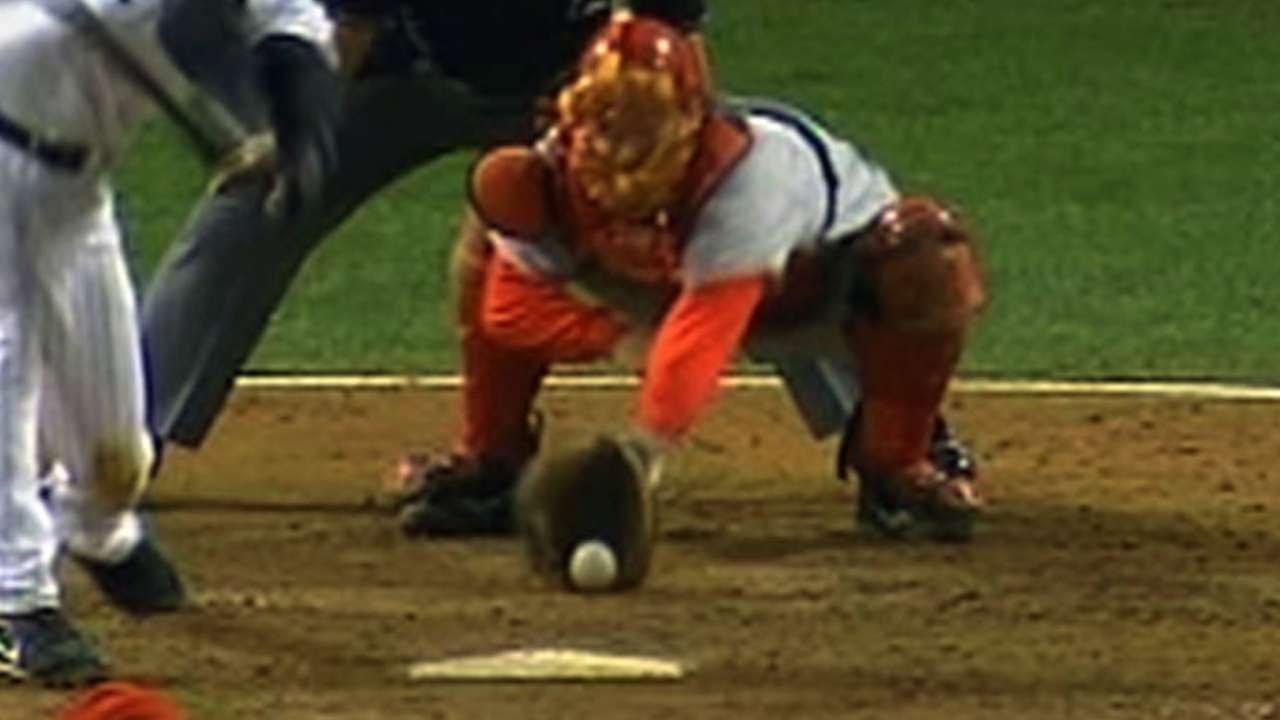 This is the Zapruder film for Angels fans

A couple of weeks ago I was watching a White Sox game (note: I don’t know why, either) and, as it will, a third strike was dropped. The catcher easily threw out the batter/runner, as they do. Maybe this one was slightly closer than usual, or maybe it was just because the game was boring and whatever I was reading wasn’t holding my attention, but I started to wonder about the dropped third strike. It’s a strange rule, giving new and unfair life to the batter. Now, as the beneficiary of one of the oddest (and honestly, dumbest) dropped third strikes in recent memory, it shouldn’t bother me, but it did. I vowed to find out why this rule existed, and what in baseball history caused it to be there.

And then promptly forgot about it, probably by the next pitch.

However! There are people who are much better than me, and coincidentally, my great and good friend Brett Kaufman took a break from aiding and abetting terrorism and sent an article from the invaluable people at the SABR Society. It’s from last year, but it pretty timeless, in the same way baseball is. Apparently, the dropped third strike has its roots in a form of German protobaseball.

The story begins in an unexpected source: a German book of children’s games published in 1796 titled Spiele zur Uebung und Erholung des Körpers und Geistes für die Jugend, ihre Erzieher und alle Freunde Unschuldiger Jugendfreuden (“Games for the exercise and recreation and body and spirit for the youth and his educator and all friends in innocent joys of youth”) by Johann Christoph Friedrich Gutsmuths.2 Gutsmuths was an early advocate of physical education. He is best known today, outside the rarified field of baseball origins, for his promotion of gymnastics. In 1793 he published the first gymnastics textbook, Gymnastik für die Jugend (“Gymnastics for Youth”). His 1796 work extended the scope to additional games. These include a chapter Ball mit Freystäten—oder das Englische Base-ball (“Ball with Free Station—or English Base-ball”).

Gutsmuths wanted people to run, as Germans do, and to exercise, even if they couldn’t hit a loftily-tossed ball (think beer league softball). Through the literal centuries, through the wild and murky past of baseball forming in cities and towns across the nation, as different rules were enforced differently, this idea came and went, and finally stuck. It’s now part of the unquestioned canon.

That’s one of the coolest things about baseball. We know exactly when James Naismith founded basketball. The history of football is pretty understood. But baseball has all these weird quirks, these little foggy twists in time. Researchers are always finding stories about a group of Norweigan tree-fellers in Wisconsin playing a recognizable game in the 1820s, or something (that’s made up, but you know). We keep learning more about it, like it’s some ancient civilization that’s continually being dug up. It’s so cool to see how it influences even what’s happening at Guaranteed Rate Stadium.