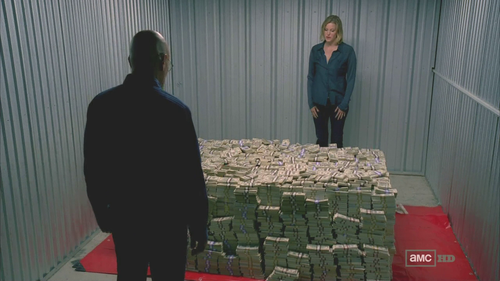 So, as everyone knows by now, Hillary Clinton is laying an absolute mollywhomping on Donald Trump in terms of fundraising, having over $42 million on hand to his $1.3 million. There are candidates for Water Reclamation boards that have more than $1.3 million.

The reasons are both obvious and not so obvious. Clinton, of course, is a very experienced fundraiser and knows how to play the game. Indeed, that’s the main thing that people don’t like about her: her comfort with big money. Trump’s pathetic fundraising is because he doesn’t want to do the work of being President, much in the same way he didn’t want to be an actual businessman, just a guy who could con suckers and take advantage of bankruptcy laws to make money. Or maybe that is an actual businessman. Regardless. It’s a weird combination of laziness, arrogance, and unsleeping avarice. It’s the spirit of his campaign.

Needless to say, there is a bit of an uncomfortable glee among Democrats, and obvious charges of hypocrisy. Democrats, in the main, don’t like the role of money, and loathe the Citizens United decision that opened the floodgates to jowly barbarians looking to destroy the social safety net, tear up any environmental legislation, and basically make the government little more than a tool for regulating sexual behavior. So it is weird to be dancing under a rain of money.

Hillary, in particular, has come under the most fire for this. It was in April that Glenn Greenwald argued that Clinton was undermining the anti-Citizens United front by saying that while she was accepting money, she was not being corrupted by it. On the surface, that makes a certain amount of sense. The argument is that money is inherently corrupting, which is a valid argument, but the option is to a) not take any money for an expensive campaign and lose or b) say “yup, I’m corrupt.”

It’s a weird and extremely leftier-than-thou argument, because it demands a kind of impossible purity that would rather lose elections, and have no chance at making better laws. Would I rather that there wasn’t this kind of money in politics? Of course- and that’s exactly why I’m voting for Hillary Clinton in the fall. I voted for Bernie in the primary, but millions of more people chose another candidate. An imperfect one (as was Bernie!) but someone who is far better on the issues I care about, including money in politics, than her opponent.

There is a thread of argument that says Hillary is insincere in her opposition to Citizen’s United, or at least sincere for the wrong reasons. This stemmed from a debate line about campaign finance.

And let’s remember, Citizens United, one of the worst Supreme Court decisions in our country’s history, was actually a case about a right-wing attack on me and my campaign. A right-wing organization took aim at me and ended up damaging our entire democracy. So, yes, you’re not going to find anybody more committed to aggressive campaign finance reform than me.

As Slate’s excellent Mark Joseph Stern argued, after laying out three reasons to be opposed to Citizens United, “Clinton concocted a fourth: Citizens Unitedwas bad because it let a corporation attack my candidacy.” In a post on Washington’s Blog, Eric Zeusse furthered that argument, saying that it showed no actual commitment to overturning Citizen’s United, and was just a way to trick the “suckers” into voting for a fake Democrat. He added to that argument by saying that while her website pledges to overturn Citizens United, it doesn’t say how, making it “Yet more sucker bait.” (It actually does say how- appoint better justices, a constitutional amendment, etc. You just have to scroll down. However, these details might not have been there when Zuesse wrote his piece.)
This is, I think, an unfair charge, and sort of the price of being Hillary Clinton. With nearly any other politician, her answer would be seen as imperfect, but as a vehicle of passion. “Yes, I care about this. I understand what these people are capable of. I know how we got here.” It wasn’t a great answer, legalistically, but any good-faith reading of both the answer and other things she has said on the topic make it clear that she isn’t just rejecting Citizens United because of it attacking her. This was just a (inelegant) way of demonstrating that it is personal for her.
But she isn’t any other politician- indeed, there wouldn’t be this kind of movie made about anyone else, save for Obama. Republicans think she is a shrill liberal Balrog, summoned from the cruel depths of the 60s to fight back their reactionary victories. The left thinks she is a far-right fake Dem, tainted by her connection to Wall Street, and unbearably corrupt.
What she is is a professional politician, with all the attendant compromises, who is center-left, hawkish in many ways (though not all, as Fred Kaplan demonstrates), and someone who wants to win. And to win, you have to raise money. To overturn Citizens United, you have to get the votes. You have to win the Presidency. You have to take back the Senate. You have to have the money to make your case. It sucks, and it is uncomfortable, and yes, it demonstrates the awful power of money in politics. It isn’t a cause for joy that Hillary has all his money, and Trump has none. It’s just a cause for some relief.