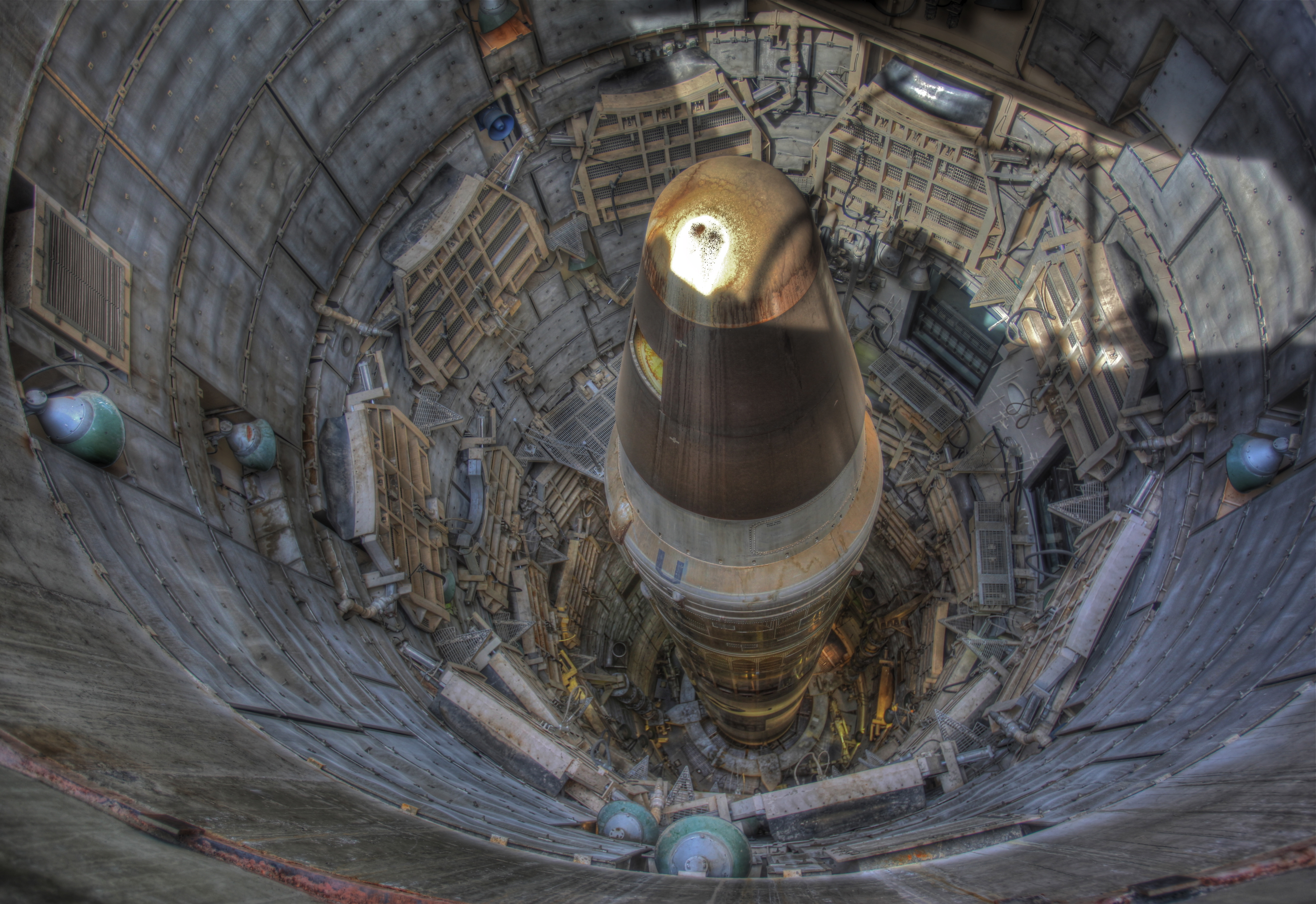 Pictured: how the world ends

Over the last eight years, we’ve seen some pretty dramatic examples of the limits on Presidential power. When faced with nihilist obstructionism, even a talented politician like Barack Obama can only get so much done (and it’s been quite a bit, actually, which is amazing. If the Republicans were even just normal obstructionists, he could be getting fitted for Mt. Rushmore). Nevertheless, the limits on what a President can do haven’t really seeped in, even among many political writers, who get frustrated that Obama can’t wave a magic wand and make something happen. And don’t get me started on people who say stuff like “Why doesn’t he just fix the economy!?” That said, there is one little area where the President has pretty much unilateral authority, and that’s deciding whether or not to end mankind and destroy the sky.

As nuclear expert and deeply-unsettling-guy-to-talk-to-at-a-party Bruce Blair writes in Politico, there are essentially zero checks on Presidential powers when it comes to nuclear weapons, both as a matter of policy and convention. If the President authorizes a strike, it happens. And while we think of strike as maybe one ICBM, it would most likely involve hundreds of strikes on multiple targets, from at least two legs of the nuclear Triad.

The authorization for this strike comes in two main scenarios. One is a “first-strike”, an option which no President has taken off the table, though Obama apparently had to be persuaded to leave it in by an advisor, against his desire. This is in a time of war or an extreme circumstance. In the case of Obama, “(t)his adviser presented a scenario in which a quick U.S. nuclear strike offered the only available tool to eradicate an unfolding terrorist operation meant to spread deadly biological pathogens from a makeshift production laboratory in a remote location to cities worldwide.” Or, of course, he could just decide to on a whim, and short of a coup, the law would mandate following orders.

The second scenario is a President reacting to news of a strike, which could be true or false. Jimmy Carter almost received a briefing of a Russian attack, which turned out to be false. If a President is told that missiles have been launched, he or she has to decide to respond or not in a matter of minutes, literally. The briefing may be less than 30 seconds. And with that info, knowing that if the report is false, and they strike first, they’ll be responsible for the end of the world (since a counterstrike from, say, Russia, will be coming). If they do nothing, much of America will be destroyed, including any chance to fire back. Millions, and really billions, of lives are at stake. Not retaliating could be the end of America, but maybe not the world. And this decision has to be made in minutes.

Even just typing this is enough to induce panic and nausea. The thought of having to make that decision is unbearable. The hook of Blair’s piece was about Trump having this power, which, given his ignorance on nuclear affairs (and everything else), his thin skin, and his swaggering moron temperament, seems like a bad idea. Security officials are already nervous about giving him even the barest of bare-bones briefings. The fate of the world lingering at the tips of his short fingers is too much to comprehend.

But then…who should have that power?  Even by being asked, the question quickly reveals itself to be “nobody.” Merely by dint of winning over undecideds in Ohio, one person can end civilization. A human being, woken up at 2:00AM, and told that the bombs are coming, and most people they’ve ever met may be killed, and they themselves might die horribly tonight, have to decide what to do. They have 5 or 6 minutes in which the literal fate of humankind rests in their hands. Even Ronald Reagan, rarely a deep thinker, couldn’t believe that the most important decision a human could ever make- the most important decision any human ever made- could come down to those few moments.

Think of Reagan’s slipping mental capacity in the second term. Think that he was still the sole authority.

It isn’t just Reagan, or W, or Trump, or Palin. I respect Hillary Clinton, but am sickened by the thought that she might have that power. I respect and admire Barack Obama, deeply, and am revolted that he has the ability to end mankind. Did you vote for that? Did anyone? It is the ultimate exercise in big government.

Christopher Hitchens said in an essay (though I can’t remember where) that nuclear weapons were inherently undemocratic, because they put us all on the front lines of a war no one supported. We could all die, terribly, in either an unseen instant of light and fire, a roiling concussive blast, through the radiation of agony, or from the collapse of civlization, the horrors that will entail, and the slow starvation of a nuclear winter. And the President of the United States has that power. So does Vladimir Putin, who, thanks to a degraded alert system, might have as little as two minutes to decide.

When we talk about the Presidency, and its powers, we rarely discuss this. We talk about an “Imperial Presidency” because of executive orders on immigration, or passing a health care regulation that some people don’t like. But this rarely comes up, or if it does, it comes up in a cliche- do you want his finger on the button? But I don’t think that we have a firm grasp on the kind of power that being the sole authority on the largest nuclear force in the world gives the President. It’s the power over every single life, now and in the future.

I think we don’t because it is too terrifying to contemplate, and if we did so, we’d be too paralyzed to act. How could you actually vote? How could you think about anything else? And one reason it isn’t talked about a lot, other than ear-covering cognitive dissonance, is because to really think about it would prove that nuclear weapons, and their elimination, should be a top priority, for everyone.