Wetlands are pretty, but they wouldn’t have saved Houston. (They’re still good though!)

In the post below, I wrote “There might be some doubt if this particular tropical storm was a direct result of climate change, but there is no doubt that it was made worse by the simple fact that we have completely altered the way water drains itself, which is to say: it no longer does. It relies on our pavement floodplains, our sewers, our channels. And when those aren’t enough, as we know, water never slinks off.”

Charles Mahron and Daniel Herriges at Strong Towns think I am being unfair.

OK, they don’t think I’m being unfair. Neither of them have read my piece, and indeed wrote their articles before mine. I probably shouldn’t take it personally. But they both think that narrative- Houston overdeveloped, paved over wetlands, and is paying the price- is unfair. And that’s worth listening to.

They have a very good point. In their articles, they go into how Houston isn’t particularly less-regulated than other cities (though in a way it is) and how it is weird to say that “they shouldn’t keep developing”, as if development wasn’t a reaction to the desire of people to live there. (Essentially, if you took that to its logical conclusion, cities should shut people out once they reached a point, and the people shut out would most likely be poor).

But, more broadly, they point out that Harvey would have obviously overwhelmed the most porous city in the world.

he Texas A&M research I highlighted above suggests reckless wetland filling robbed Houston of 4 billion gallons of stormwater storage capacity. For context, the Washington Post is reporting now that Harvey dumped 19 trillion gallons on the Houston area. That means that, had those wetlands never been filled, they could have accommodated 0.02% of the water that fell in Harvey. I tried to plot this up in some type of graphic representation, but at no scale could I get the wetland capacity to even show up, it’s so insignificant.

That’s very true. It isn’t Houston’s “fault” that they got flooded. Harvey would have destroyed anywhere, and if my article implied that better city planning would have saved Houston, I take it back.

But the broader point is still true: our choices, all of them, helped create catastrophe, both isolated ones like Harvey and civilizational ones like climate change. And all the little disasters in Harvey, each individual explosion and each chemical leak, is the result of decisions made as to how we arrange our society and technology.

(And the point isn’t that wetlands are bad. You should still have them. Not every storm is Harvey (for now!), and a lot of flooding can be prevented.)

Both articles are very learned, well-reasoned, and worth reading, providing nuance to the story. I worry that there is a little too much “now is no time to be talking about this”. It’s the same argument about “politicizing” tragedy that lets us avoid making hard choices about how we’ve set up our lives. I don’t think either writer is saying that. Strong Towns, which I love and support, is based around the idea of asking hard questions about that very topic. But I always worry about a counter-narrative that “everything was fine and you are being hysterical” can easily take hold.

And, though both articles imply it, I think the idea that people are saying Houstonians “deserve it” is overblown. I haven’t heard any of that. And what is there shouldn’t be countered with overwhelming cries for “decency”. We can help the people of Houston and ask how we can do better at the same time. Irma might already be bearing down. The opposite of knee-jerk snark isn’t piled smarm. It’s intelligence.

A few years ago, I read this cool report out of Northwestern University about an old, hidden, forgotten cemetery near downtown Chicago, underneath some of the most expensive and tony property in the city. This boneyard was the final resting spot of thousands, maybe tens of thousands, before it was forgotten, paved over, and built upon. Skyscrapers and artisanal donut shops linger with a sneering assumption of permanence over a Potter’s Field.

It’s weird, the things our civilization leaves behind. The past, when it burbles up like poltergeists, give us this disconcerting shudder, a weird hollow dread mingled with our awe. I think that comes from twin recognitions: the first is the Ozymandias-like knowledge that we’re all going to be just dirt in the ground one day, and our buildings won’t last forever. The bodies in the ground remind us of that.

But they also remind us that we leave traces. We have an impact not just on our lives, but on the future. And as a species, we have an impact on an entire planet, in sometimes positive but mostly weird and disturbing ways. We’re changing the ecology of our home in a grand experiment to which no one really consented, but in which we’re all both participants and experimenters.

Harvey is a sign of this. Fish on anti-depressants is a far weirder, but no less profound one. In fact, it might be the most damning and on-the-nose verdict on our society I can think of. Let me explain.

END_OF_DOCUMENT_TOKEN_TO_BE_REPLACED 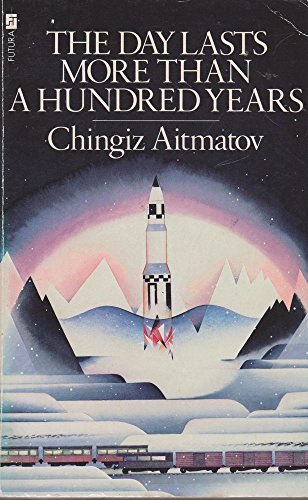 END_OF_DOCUMENT_TOKEN_TO_BE_REPLACED

But her emails, etc

When it comes to arguing about the proven and increasingly-lived reality of climate change, deniers have one big asset on their side: climate change is really complex and slow. It affects different parts of the world differently, and in ways that can be very unexpected. This is because the earth’s climate is big and complex; in fact, one could say it is all-encompassing.

But that can make it easy for deniers. They can sneer and say things like “Oh, so climate change makes it hot some places and cold in other places? That’s really convenient.” They also sneer about how “climate change” replaced “global warming”, as if scientists were caught in a lie and so changed the name; as if no one was saying that global warming would change the climate.  A simple lie is easier to digest than a complex truth.

Anyway, this is to say that if you don’t believe in climate change, this post is good fodder for your argument.

(Note: the invaluable folks at Circle of Blue linked to much of this in their daily newsletters; that’s where I got it from. Don’t want to take credit for it)

Too Much Water, Not Enough Infrastructure

This was yesterday, not 2005. Image nola.com

NEW ORLEANS — Heavy weekend rainfall in New Orleans overwhelmed the municipal pump stations, leaving parts of the community flooded, and some officials say they’re not satisfied with the city’s response.

“Are our city pumps working as they should?” Councilman Jason Williams said, according to local news reports. “If we can’t handle a bad storm, then what will we do when there’s a hurricane?”

What indeed? Now, heavy rain can’t be blamed on global warming, nor can hurricanes. But the intensity of both is modeled to increase as the oceans heat up. That’s not conspiracy or far-fetched. Even the dimmest denier admits that there is such a thing as “hurricane season”, and it isn’t when the water is coldest.

This just highlights the dangers of climate change in our most vulnerable cities, and our lack of preparation in how to mitigate its effects. We know that climate change is going to hit hardest in poorer countries ill-equipped to handle environmental and demographic shifts. But it will happen in America too. And our politics, indeed our culture, rarely gives precedence to the poorest and most vulnerable. Except poor Gulf communities, black and white (but especially black) to be decimated.

Even with good planning, water can and will overwhelm. We don’t invest in infrastructure, and we don’t take care of what we have. As a species, we’re spectacularly ill-equipped to handle enormous issues. As a wild and fragmented democracy, America might be especially ill-suited for it. That just means we have to keep fighting, though.

HELENA, Mont. (AP) — The drought plaguing eastern Montana and much of North and South Dakota came on quickly and is intensifying, leading ranchers to sell their cattle and farmers to harvest early whatever crops that have grown so far this summer.

Just three months ago, no areas of moderate drought were recorded in the Northern Plains region by the U.S. Drought Monitor at the University of Nebraska-Lincoln. But July’s soaring temperatures and lack of rain quickly parched the soil and dried up waterways, creating what climatologists call a “flash drought.”

Now, 62 percent of North Dakota, more than half of South Dakota and 40 percent of Montana are in severe, extreme or exceptional drought, according to the drought monitor’s weekly report released Thursday. There are also pockets of drought in the Southern Plain states of Nebraska, Iowa, Oklahoma and Texas.

In Montana, 12 percent of the state’s land is experiencing “exceptional drought,” meaning widespread crop and pasture losses and water-shortage emergencies, mainly in the northeastern part of the state.

“We would expect to see conditions that bad once or twice in 100 years,” said Deborah Bathke, a climatologist at the University of Nebraska-Lincoln’s National Drought Mitigation Center and a co-author of the drought monitor.

I’ve never heard the terms “flash drought”, or “exceptional drought” before, but, like “hydro-political strife”, is just another one of those damn things we’ll have to get used to. These are baking regions, and are prone to drought, and we (as a political entity working together, through the government), worked to transform them from arid to arable.

And it worked! But like the high-water mark of the Colorado, it won’t last forever. It couldn’t last forever. And climate change will accelerate that, with unknown political, economic, and agricultural impact.

The Secretary of Homeland Security has determined, pursuant to law, that it is necessary to waive certain laws, regulations and other legal requirements in order to ensure the expeditious construction of barriers and roads in the vicinity of the international land border of the United States near the city of San Diego in the state of California.

Yup. In one of his last acts as DHS head, General Kelly (who is a Wise and Steadying Hand, remember) waived the need to study environmental impacts of a border wall. This isn’t the whole wall, of course. But it sets an precedent.

Trump’s wall will be (among many other things) a potential environmental disaster. It’s going to be in the middle of a floodplain, which, as we’ve emphasized, doesn’t care who is in the White House, or what a “Mexico” is.

Everyone involved in the wall, advocates like Kelly included, know that it is a political disaster. Now they don’t even want to know if it will be an environmental one. The rush to get it up is as unseemly as its end goal. But that it could be a disaster on the enviornment has to be seen, for these jackals, as a feature. 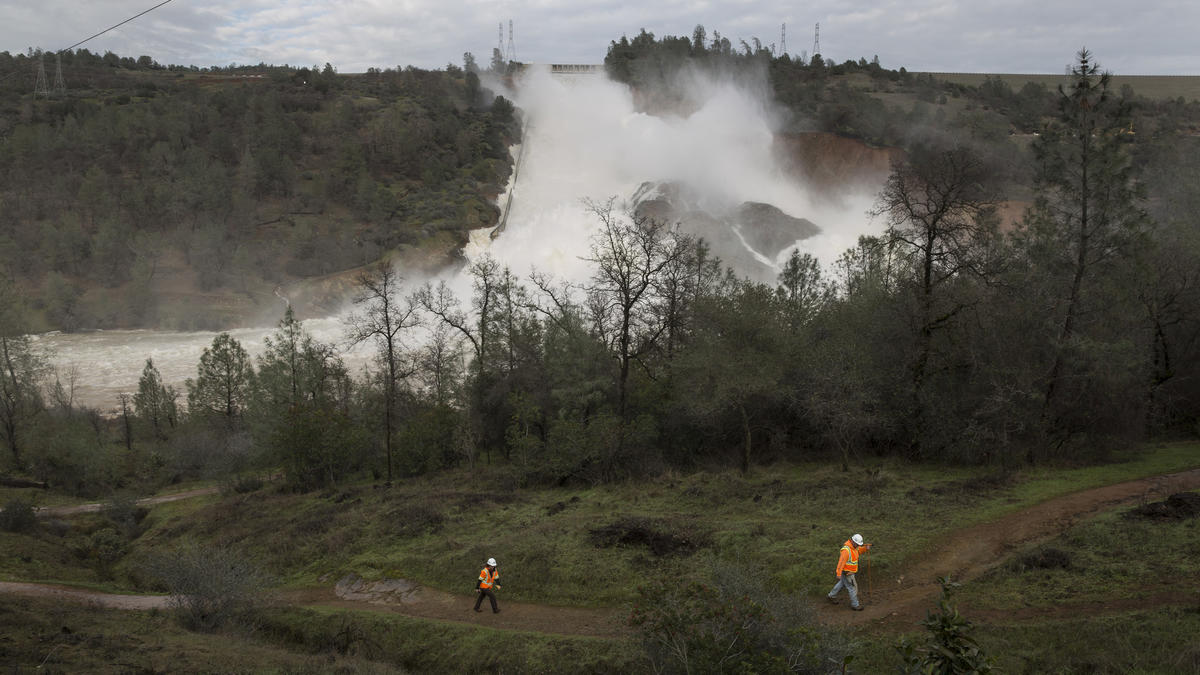