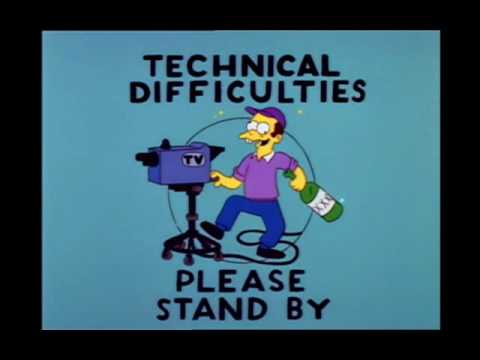 I want to apologize to the literally somes of you who have been reading the Waukesha/Borges pieces. It’s been a far busier week at work than I thought, and I haven’t been able to devote the time I wanted to them over the last couple of days. The quicker political pieces are easier to do before work*. I hope to finish up the both of the series this weekend. In the meantime, if you are interested, please feel free to read the first entries in each.

*If there happens to be an idle billionaire who wants to subsidize this blog, and my lavish lifestyle, we can maybe work something out…

To make the claim that Borges is well-read is like walking up to a stranger, preparing to brandish your dueling gloves, and proclaiming that water is wet. His vast and endless erudition is, along with his blindness and fascination with Angl-Saxon lore, one of those most striking things about him. There seems to have been little he hadn’t read, and little he didn’t remember. Even after blindness overcame him, he still had the library in his head, and if he didn’t recall a line exactly, could get someone to read it to him by remembering the book, and where it was located on his vast shelves (Hitchens, who has written many times and movingly about meeting Borges, spoke in Hitch-22 about having the honor of reading to him).

(Sidenote: one of the limitation of this series is not being able to talk about everything, so I do want to share his quote on blindness, from “The Other”, in which the old Borges meets his younger self. “When you reach my age, you’ll have almost totally lost your eyesight. You’ll be able to see the color yellow, and light and shadow. But don’t worry. Gradual blindness is not tragic. It’s like the slowly growing darkness of a summer evening.” Has a more beautiful and aching line about the enveloping process of decay ever been written?)

So, given his incredible range of reading, it stands to reason that he’d be a fine literary critic, being able to weave the vast tapestry of the human story into all his writing. What might strike readers as surprising is his proficiency as a film critic in the early days of cinema, as silent movies turned into talkies, and as the medium grew up. It is hard to imagine him as taking time away from his books, but he did, and often. I confess it delights me to imagine the young Borges, sitting in a darkened theater, in the cool the juxtaposes the Buenos Aries summer, head filled with ancient myths and knife-fights, and watching a giant ape palm a screaming blond.

END_OF_DOCUMENT_TOKEN_TO_BE_REPLACED

Think first of the carpenter who picks up a plank, and lays it perpendicular on another one. With careful skill and a substantial brutality, he hammers a cross, setting in motion thousands of years of ecstasy and pain. He unwittingly, doing a job, lays the groundwork for Pere Brébeuf ‘s agony at the roasting pole, and Kateri Tekawitha’s sublime conversion. He sets into motion dramas in lands which he could never imagine.

Think then of the builder who attaches a wooden mane on a great horse, which bears in its womb countless Greeks with a berserk desire for murder. These are the creators of our great dreams, and our great dramas. They build the stage on which we tell our tales. But in one of the greatest stories Borges ever tells, he steps back, and tells the tale not of our great builders, or our blood-covered warriors, but of a man who fell victim to Hannibal, to the Druidic gods, to the madness of Hitler. In “The Secret Miracle”, he tells the story of creation, the story of telling our stories, and makes it more sad and more heroic than any of the great tales.

END_OF_DOCUMENT_TOKEN_TO_BE_REPLACED

30 years ago, on June 14th, 1986, in Geneva, Jorge Luis Borges slipped into one of his own infinite labyrinths, that terrifying maze without a center: death. The Argentine, one of the great writers of the century whose timespan he almost matched, was just shy of his 87th birthday. On his deathbed, one wonders, did he dream of walking on a riverbank, and coming across his younger self, and talking about the great mystery into which he was entering, treating his death as gently banal, and quoting Chesterton or an obscure Arabic medievalist? And did the younger self somehow have the same dream, that same night?

With Borges, such questions make sense. They are a reflection of his fiction, that great body of short stories, fragments of invented books, reviews of imaginary essays, tattered journals from explorers who never existed wandering lands that fall in the gap between myth and reality. They are tales of gauchos on the pampas and knife fights in dingy bars and Homer being found in the city of the immortals. They are about buying the memory of Shakespeare or seeing the tigers that inspired poets.

And they are about time. They deal with the way history repeats itself, with the same stories playing out time and again, in Greek corridors or South American battlefields. As he said, “It also occurred to him that throughout history, humankind has told two stories: the story of a lost ship sailing the Mediterranean seas in quest of a beloved isle, and the story of a god who allows himself to be crucified on Golgotha.”