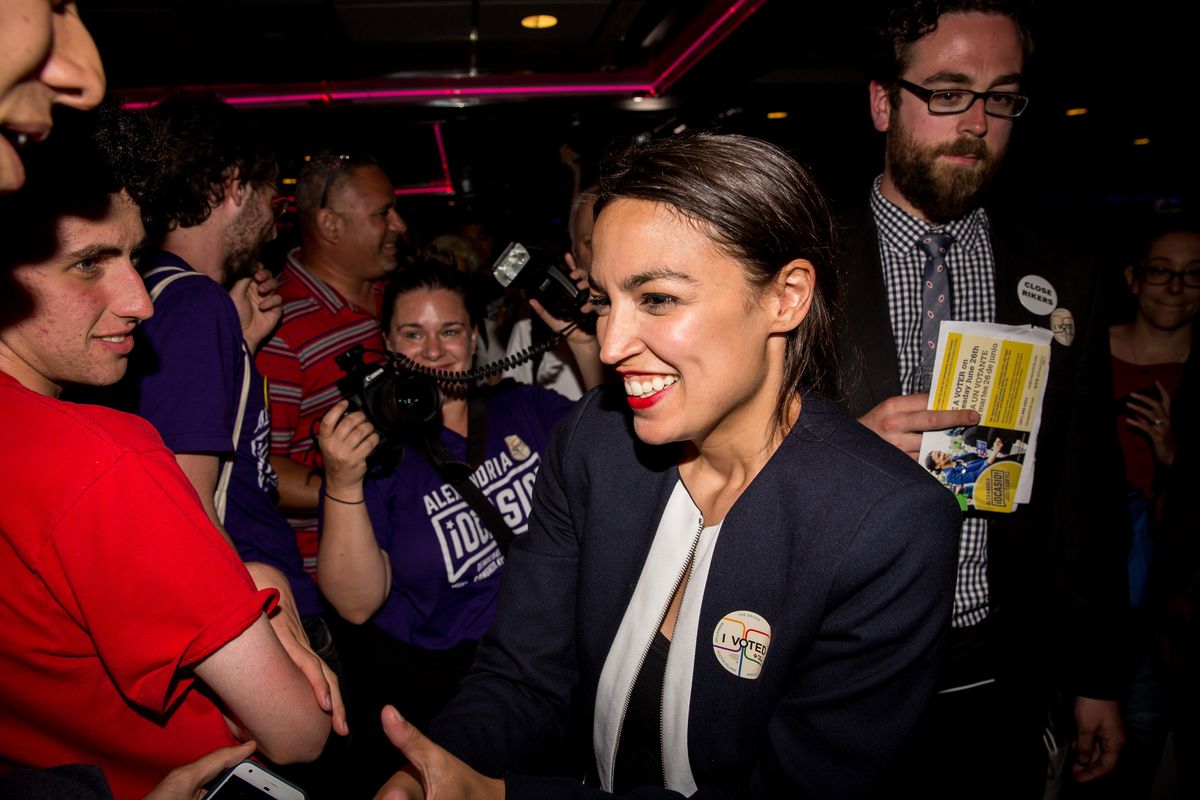 I don’t want to brag about my inside political knowledge, but I’ve been paying close attention to the meteoric rise of the new Democratic superstar since last night around 10 CST when I saw a text my buddy Brett sent reading “alexandria ocasio-cortez. get ready.”

I had assumed he was talking about a prospect for the Cubs or something, but a subsequent news alert let me know that he was referring to the Democratic Socialist who beat Dem leader Joe Crowley. As you probably know by now, the 28-yr-old progressive has a chance to be the youngest person ever elected to Congress, and has already shaken a party torn between its left flank and its centrist leadership. Indeed, as you are about to hear, a lot, the Democratic party has its own Tea Party, and is now just as radical as the Republicans.

Just a reminder, though, that what you are about to hear is all bullshit.

For the last couple of days, we’ve been having the Conversation about Civility and Decency. On the one end, the bulk of Democratic voters who don’t think that family separation is a good thing, and feel that those who are making it happen don’t deserve to hang out in polite society. On the other hand, you have leadership like Nancy Pelosi and Chuck Schumer who are tripping over themselves to be the wise and civil heads in the room, criticizing Maxine Waters with gusto and performative dismay.

This has opened up, I think, a gap in the party. Although I did vote for Bernie, I’ve been generally sympathetic to Democratic leadership, who it should be remembered are essentially powerless right now. It should also be recognized that the Bernie wing of the party hasn’t really been successful in nominating candidates, and for all the white dude moaning, the actual base of the Democratic Party has been women, specifically black women and Latinas.

The energized “base” didn’t get a Democrat elected in Alabama; the actual base did.

So what do I mean by a gap? I mean that right now, the leadership seems disconnected. The actual base AND the supposed base are livid at the administration and regular people are wanting to stand up and do something. People who don’t fit into activist buckets have been in the streets. People who aren’t radicals are marching and organizing and voting. But the leadership, who have done good, seem intent on tamping that down to appeal to a mythical voter who is willing to vote against Donald Trump but only if we are super nice to him and don’t say anything too mean about him. It’s maddening.

(As a reminder, it is nice/maddening to remember that Donald Trump is always the dumbest guy in the room:

Wow! Big Trump Hater Congressman Joe Crowley, who many expected was going to take Nancy Pelosi’s place, just LOST his primary election. In other words, he’s out! That is a big one that nobody saw happening. Perhaps he should have been nicer, and more respectful, to his President!

That’s where I think Unlikely Giant Slayer Millenial Alexandria Ocasio-Cortez fits in. Yes, there’ll be attacks about how we’re crazy, and the media will wring its hands over the party tipping over the edge, but fuck that.

She’s for gun control. So are most Americans.

She’s for immigration justice and the abolition of ICE. Most Dems support the latter and most Americans the former. 75% of Americans think immigration is a good thing, and 65% think it should be increased or kept at current levels. The slavering hatred of the Admin is out of step; not the DSA.

She’s for fighting climate change. That’s not exactly identity politics, unless you think it is pandering to Lunged-Americans.

She’s for regulating Wall Street, expanding housing rights, expanding Medicare protections, and for campaign finance reform. These are all, if not largely popular, pretty much down-the-line Democratic beliefs.

So where is she radical? Well, she believes strongly in LGBTQ+ rights, as do most Democrats, but all those letters might turn off some people who don’t believe in rights. But they’re not going to vote Democratic anyway. The assault weapon ban will pretty much turn away people who are already convinced that Democrats want to steal your guns so they can protect their pedophile rings.

And I don’t know, is ending private prisons radical? Is criminal justice reform? It wasn’t a few years ago; before Trump’s Law and Order tough-guy act, it was pretty bipartisan.

So yes: Alexandria Ocasio-Cortez isn’t going to win votes in Steve King’s district, although, to be honest, she might. Her message of protecting workers and the working class can actually cut across political divides, and if she herself is not the answer*, the message is anything but a radical one.

(*Again, I hadn’t heard of her until last night, and neither had 90% of the people you hear analyzing the State of Our Politics tonight.)

That’s where the party should be. With the Supreme Court ruling in favor of racial gerrymandering, a minority party beholden to the rich is using anti-democratic means to hold onto power. The energy should be in candidates who offer a message of economic solidarity, but not milquetoast politeese. Minority candidates and women are particularly well-positioned to take advantage of this, since again, those are the real base of the party.

To be honest, I do sort of dread the attacks, and am not thrilled that she’s a Democratic Socialist, rather than just a Democrat. I don’t like the idea of the media talking about the Dems in disarray, but at the end of the day, so what. Dems keep winning, and the leadership might recognize that while the base is NOT Chapo Trap House, nor is it feeling particularly placid.

Candidates who can speak to the economic dislocation and rigged system without brosephy sneers and condescending attacks can win. Those who are willing to stand up to the grotesque stupidity of the Administration and its enablers can win. We should be running liberals in liberal districts, and purples like Doug Jones in less blue areas. But the message can be pretty similar.

Things aren’t good. They are very bad. But we can take it back and swing things again. That’s the lesson of Alexandria Ocasio-Cortez, and anyone who thinks differently has something to sell you.

One thought on “Can Alexandria Ocasio-Cortez Appeal To Democratic Base of White Suburban Republicans? Hmmm?”