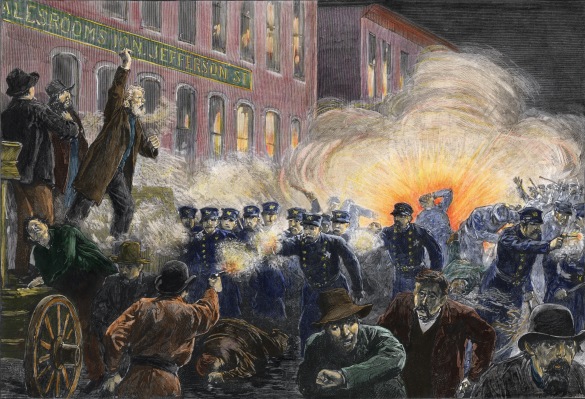 In what is sure to give Professionally Concerned People cause for concern, the Chicago Sun-Times was purchased today by workers. Sort of.

Edwin Eisendrath and a coalition of labor unions made good on their promise to secure funding to acquire the Chicago Sun-Times and the Chicago Reader, the former Chicago alderman confirmed Monday.

With more than $11.2 million placed in escrow, Eisendrath and his group met the deadline set by the U.S. Department of Justice Antitrust Division to complete the transaction with Wrapports Holdings LLC.

Behind the effort were unions affiliated with the Chicago Federation of Labor and seven individual investors, Eisendrath said.

The other interested party was tronc (sic), who owns the Tribune. The tronc people said they would maintain independent newsrooms, but no one believed them. For one thing, they are tronc, a ridiculous post-human company with no interest in journalism.  It’s not like would have any interest in competing papers. Most likely, the Times would slowly turn into a newsless rag, adverts and celebrity stuff, leaving the Trib the only real game in town.

For another, the Tribune has been moving to the right again. It’s always been the voice of Republicanism in any form. Sure, it endorsed Barack Obama, twice. That was sort of remarkable. They got out of that, though, by endorsing Gary Johnson last year. The endorsement is a thing of beauty. One paragraph on why Trump shouldn’t be President (he angered people, and he wasn’t a real Republican), followed by a paragraph about how they understand why the “elites” forced people to vote for Trump, followed by about 18 paragraphs of why Hillary is pure evil (while admitting she could do the job). Gary “what’s an Aleppo” Johnson is someone voters “could be proud of”.

The paper, de facto, endorsed Trump, by shrugging off his flaws by saying “he’s not qualified”, which is inarguable, but weirdly easy to disagree with, and then spending the rest of the time talking about Benghazi and her foundation and emails. Nothing specific with Trump, but all the ammo Hillary-haters would need. The media doing that is one of the main reasons he won.

And now they might be bought by Sinclair, a hard-right “news” group slowly taking over all the local media. A court ruling last month makes it look pretty damn inevitable. So what do you think? Would the august Tribune and the hard-right talk-radio Sinclair let the Times continue to be scrappy and liberal? Absolutely not. They have an agenda, and turning Chicago into a one-paper town was part of it.

That’s why this is great. I have no idea if Eisendrath’s group will do a good job. And I’m not going to romanticize the Times or even pretend I really read it (the website sucks). But it is great to have two papers, and very exciting that one is owned by Labor. I don’t think it is going to turn into the Weekly World Wobbly or anything like that, but we might actually have a pro-worker slant to a paper.

Yeah, everyone says they are for the working man and the little guy, but how often do you see any news outfits really fight for them? They instinctively side with business, because they are a business. Maybe the Times will be slightly different.

Looking forward to seeing very telling reactions. Having labor own a paper is, of course, bias. News operations should only be run by corporations, which are by definition conservative and business-oriented, and increasingly radical. But that’s fine. That’s how it should be, right?

I don’t expect a wildly liberal Sun-Times. But I do expect a paper that at least pretends a city should care about working people, and not just maximizing corporate profits. It’s nice to be a two paper town where the bad guy is so clearly defined. It’s nice to have a fight, and not just the right-wing homogenization of our media.

Somewhere, Mike Royko is happy. And if that makes you sad, you’re on the wrong goddamn side of this.