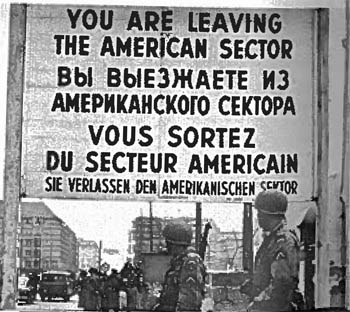 When talking about the firing of James Comey, that smirkingly moralistic Boy Scout who clearly decided to hand over the election to Donald Trump, there are a few things to stipulate.

You can tell the Administration is somehow stunned that no one believes their nonpartisan rectitude in this manner. They honestly expected to be praised for this. That’s how they operate: they still assume that if they say something, us normal non-billionaire totally un-President people should believe it.  It’s Trump’s way. One of the reasons for his increasingly erratic ways are that it isn’t working. The media isn’t just reporting what he says as reality.

Because really, this is too much. I bet there are 10 hours and 2000 tweets worth of material on top Republicans praising Comey for disclosing the Anthony Weiner email “investigation” (and I still can’t believe we have to talk about that as a world-changing event). Many of these are by the President! We’re expected to believe that they are now outraged about this? And if so, why five months in?

It is belaboring the obvious to say that this is about Russia. It’s either that Comey got “too close” to something they are trying to hide, or just that he refuses to close the investigation, to do the bidding of Donald Trump. Either way, these aren’t headlines we should be reading in America.

But again, the lie is the key here. In his public letter, Trump says “While I greatly appreciate you informing me, on three separate occasions, that I am not under investigation, I nevertheless concur with the Department of Justice that you are not able to effectively lead the Bureau.” Why even bring that up? It’s a way to change the story, to say, “see, there’s nothing here!” It’s the typical Trumpian con. You can just say anything, so long as it gets you to a yes.

That reckless cynicism and nearly supernatural disregard for the truth isn’t just a part of this crisis; it is key to it. They actual tawdry crimes and corruption that drive this Administration are, in and of themselves, enough to cause a genuine catastrophe, but it is what they are driven by that makes this moment so scary.

Our system of government is formed less around laws than it is around norms and expected behavior. There are rules, but when they are broken, there is shockingly little that can be done until the rule-breaker himself is forced to change his behavior. When the exemption on conflict of interest rules were carved out for the President due to the complexity of the job, it was assumed that the President would avoid potential conflicts, not that he would see it as carte blanche, an open door. That’s obviously not the case with Trump.

He has no instincts except to enrich himself and to further his brand. There isn’t a democratic bone in his body, or a thought for the greater good anywhere in the arid warped-mirror desert of his mind. That’s why he can fire the FBI Director for lack of loyalty: he thinks this is how it should be, and there is really no way to stop him.

That’s what has always worried me the most about this Administration. That the only real mechanisms to stopping his revolt against the Constitutional order were Republicans, enthralled with a right-wing strongman and unable to put basic patriotism over their lust for tax cuts. And even if they did (and now is the moment, boys), there is only so much that can be done.

Let’s say this is impeachable (High crimes and misdemeanors are not just jailable offenses, but crimes against the Presidency), or something is, and the GOP actually decides to do it.  Say they impeach, and the Senate convicts. Then what? What if he refuses to leave? Again, it is assumed that a convicted President will leave office, but what if he refuses to, claiming that Congress can’t usurp an election? What horrors await us there?

This is the problem. We assume a President will behave one way. This one won’t. I’ve been worried that at some point he will order the military to do something flagrantly illegal, or that he’ll govern as a strongman, ruining our democracy, and the military will have to decide to do something. (This is the Turkish model, as I argued) A coup against an elected leader is antithetical to democracy, but it also might be needed. It is a terrible, unfathomable situation. But it is fathomable, now.

The title of this post is about a border. I felt that on Jan 20th we crossed the border into another land, in a way. Our conceptions of ourselves have changed, because the norms that guided us don’t any longer. It’s a psychic shock, and I think the naked and sweaty corruption of yesterday’s assault on democratic norms is pushing us further across the line.

(B)eyond his ignorance, his vapid stupidity, his tireless and pathetic ego, is that he is the exact kind of dull and base grotesquerie we’d laugh at in other countries. There is nothing there but ego and avarice, brainless pronunciations in the service of cheap laughs from his braying sycophants, who react tumescently whenever he punches down. He’s the comic bouffant strongman, the kind you see in some wretched mountain land. And that’s the border we somehow crossed over.

The true psychic shock of this transition will, I think, be hard to measure, and hard to predict. But I do think, now that the elegies are over and Donald Trump is sworn in, placing his hand on the Lincoln Bible, that there will be a subtle breaking. Its effects won’t be felt all at once, of course. But our conception of who we are will change.

I wrote this in January. I was hoping to be wrong, and the resistance still makes me hopeful. I do think that this might really spur the GOP into action, partly because he made them look foolish (most of them praised Comey for the October letter with effusive partisan bonhomie). But we also might be slowly ground underfoot, one lie at a time, until we think the bottom of a shoe is the wideopen sky.

One thought on “The Comey Firing and the Coming Constitutional Crisis: Crossing the Border”