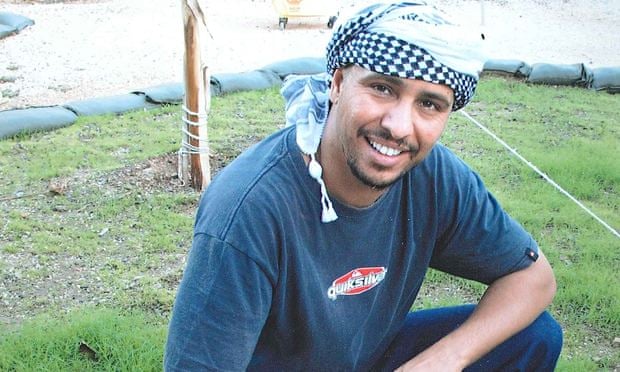 America is a carceral state. There’s no disputing the statistics; we house nearly a quarter of the world’s prisoner, have the largest prison population in the world, and the second-highest rate per capita (behind Seychelles, which has a total prison population of 735). It’s one of the hallmarks of American history: we have a fierce desire to lock people up and throw away the key, and it has often been bipartisan, and always steeped heavily in race. Black lives have been fodder for free labor in prisons across the country, and more recently, as a way to pad the profits of private enterprises. It’s how we’ve dealt with the end of slavery and the expansion of civil rights; we’ve undercut those gains through prison.

And that desire for incarceration, that deference toward rough justice, is reflected by the fact that exonerating the wrongfully convicted, through programs like the Medill Justice Project, are seen as squishy and self-interested and grandstanding, instead of the backbone of true justice. We’d rather 50 innocent were convicted than a guilty person going free. It’s part of our national character.

After 9/11, that character became global. Our system of mass imprisonment swallowed the world, reaching into every country for anyone who might have done wrong. The people who were sucked up were tortured in black sites, tortured by their own governments, and tortured by the United States. They disappeared into obscure bases, and were locked up in Guantanamo Bay, cut off from the world.

It was part and parcel of our normal way of handling justice: wrap up anyone who might be guilty, or who might look like they are guilty (often because a disputatious neighbor dropped a dime), and never look back. To be sure, many people who were captured were dangerous terrorists. But not all. And that was the problem. It tooks years for many of them to be released, and after Obama took office, the whole idea of releasing them began to be seen as some sort of liberal weak-on-terror-weak-on-crime synthesis, and the wheels of justice slowed down again. Nativism, and our native tendencies, created an atmosphere where the dominant feeling was “if they aren’t guilty then why are they in jail?”

But some good news, finally, if you can describe “end of terrible” as being good. Mohamedou Ould Slahi, whose memoirs described in great detail the suffering and torture he went through, was yesterday cleared for release after a 13-year nightmare. His release has long been a cause celebre, as he was a symbol of everything that went wrong, but it was also a real cause for the dedicated and heroic lawyers of the ACLU.

You should read his book, Guantanamo Diary, (and the legal fight to have it released and see the light of day was equaly heroic), but in brief: he fought for al-Qaeda against the Afghan Communists, which we were cool with, went to Germany where he “crossed paths” with one of the 9/11 planners, and then went home to Mauritania. No evidence he was active, none that he was a plotter. But after 9/11, everyone who might be a baddie, or who was loosely connected to one, was swept up by countries who wanted to be on the good side of the US. Slahi was arrested in 2001, sent to Jordan for torture, and would up in Gitmo after a stop at Bagram, a bloody map of the worst excesses of the “war on terror”. As Hina Shamsi of the ACLU writes, talking about what happened in Guantanamo:

Slahi was one of two so-called “Special Projects” whose brutal treatment then-Secretary of Defense Donald Rumsfeld personally approved. The abuse included beatings, extreme isolation, sleep deprivation, sexual molestation, frigid rooms, shackling in stress positions, and threats against both Slahi and his mother. In Slahi’s habeas challenge, the federal judge determined Slahi’s detention was unlawful and ordered him released in 2010. The U.S. government successfully appealed that decision, and the habeas case is still pending.

He’s no less guilty of anything today than he was 15 years ago. But today he finally gets to see the light of day, or at least the hope for it.

There are still 76 people in Guantanamo, 31 of whom have been cleared pending security conditions in their home countries. This isn’t for their safety; but to guarantee they can be monitored. Think about that: we’re telling these people we have no reason to hold you any longer, but we’re going to until we can be sure that your life is nearly as circumscribed as it is now.

The problem is that they aren’t seen as people. They are by the ones closest to them, even those in charge of the system, who actually have to interact with them. But there is no public pressure; if anything, it is appealing to say “keep em locked up!” That means there is no political will. Not shutting down Guantanamo became a rallying cry of the right as soon as Obama was sworn in, even though many had believed in it before, since it was common sense. But the Obama era mutated that, and now the prisoners are back to who they were: faceless terrorists, guilty by dint of being not-American.

This isn’t surprising. We have no problem locking away innocent Americans, because, they’re probably thugs anyway, right? That’s why this delayed justice for Slahi, who lost so much of his life, is bittersweet. The injustice hasn’t stopped. It’s part of who we are, whether it is in Lousiana or the Cook County Jail or around the world. We lock people up, and then assume the shadows of the bars are a tatoo reading guilty.