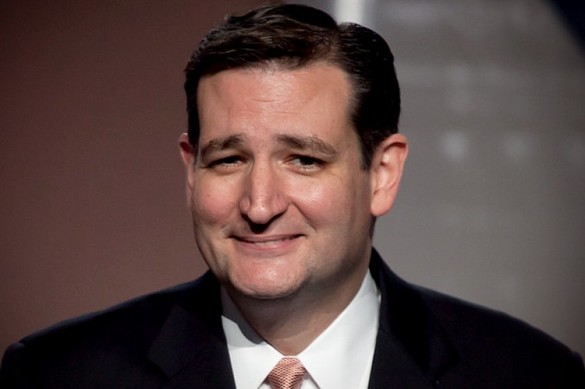 Politico has a long interview with Ted Cruz, who raised more money than Donald Trump and had a much stronger ground game, but still lost. He has a theory, though, on why that’d happen.  And you’d never believe it, but it was a media-driven conspiracy against the most likeable man in America.

Cruz himself doesn’t exude bitterness or regret — he literally calls himself a “happy warrior” — but he has a deeply jaundiced view of the process that ended with him suspending his campaign after Trump’s big victory in the Indiana primary in May. He sees collusion, if not an outright conspiracy, between the reality TV candidate and the titans of cable news: Their goal, he told me, was to elevate a hard-to-elect Republican nominee while shoving aside more appealing candidates like himself.

First of all, Cruz can go jump for giving himself the same nickname as Hubert Humphery.  Secondly, if you are describing yourself as “the happy warrior” even though literally everyone you’ve ever worked with despises you, and your whole campaign is built on anger and lies, you might not be accurate. And third…I mean…

I think Ted Cruz might be overestimating the idea of himself as appealing. He’s loathed outside his family, and even that demographic is questionable. He’s a nasally, self-righteous hyper-conservative hateful regressive little prick, whose entire career has been self-serving nihilism. The more you get to know him, the more you hate him, and just a glance at his face makes you hate him from the jump.

Look, Donald Trump is literally the worst. But I don’t think that the imaginary liberal media cabal got together and said, “guys, America loves Ted Cruz. I mean, loves him. Like, enough that it’s a pretty sure thing he’ll win every state against Hillary Clinton. We have to act quickly!”

Ted Cruz will have his moment on Wednesday, and it will be glorious. It’ll make Donald Trump look humble. And Cruz will be back: he’s running in 2020 whether Trump wins or loses, I bet. There’s no limit to his ambition, and to his political skills, though they run against the natural limit of his personal and political appeal. Because no matter how many lies he tells, I doubt presented a greater one than the image of himself as being appealing.