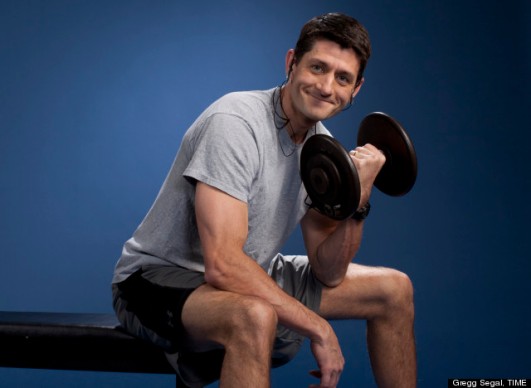 “I’m in line for the Presidency!”

Nearly two weeks after House Democrats staged a historic sit-in to demand action on gun control legislation, the Republican speaker of the House has agreed to hold a vote on a single gun-related bill: a measure to allow the attorney general to delay the sale of a gun to a suspected terrorist for three days, similar to a Senate measure backed by the National Rifle Association. (The Guardian)

At the blog, we have a saying: if the NRA supports it, there’s a decent chance it might not be the super best idea. I understand that’s not much of a saying, but the bluenoses at the bumper-sticker shop won’t let me go with “Fuck The NRA.” Also, that seems like a dangerous sticker with which to drive around. In life, I’ve found that it isn’t a good idea to piss off the irrational and heavily-armed.

Paul Ryan has learned the same lesson, and quickly, reacting to the hideous level of gun violence in America by backing the most toothless possible bill, and one that should make civil libertarians squirm, beside. Not only will this do extremely little to stop mass shootings- I’m guessing that neither Jared Laughner nor Adam Lanza not his mom were on that list- but will do nothing to stop the daily thrum of handgun-based murder, accidents, and suicide that threaten to revoke our status in the civilized world.

Ryan’s response to violence is to pretend that he was outraged by the sit-in in Congress, led by John Lewis, a man with more courage in his shoes than Ryan has accumulated in a life of cheese-filled toadying. Our previous VP nominee, who couldn’t even carry his hometown, called the action a “publicity stunt” and a “low moment” for Congress, which surprised a lot of us who are old enough to remember shutdowns over budgets, dozens of attempts to repeal the ACA, and the continuing career of Louis Gohmert.

He was right though, that it was a publicity stunt. A lot that John Lewis has done in his life has been for “publicity”, which is a cynical way of saying “getting people to pay attention to something I’d rather sweep under the rug.” It turns out that’s the way to get things done. Raise awareness, march in the streets, get people fired up, and then go out and vote. It worked in the 60s (the repudiation of Goldwaterism and Johnson’s supermajority), and it worked for the Tea Party, who turned their atavistic outrage into electoral success, at least at district levels.

That’s the only way to make a change. Democrats have to win big, and sweep out the bastards. It isn’t enough to put pressure on them. As we’ve argued here a few times, a lot of the mooks in Congress aren’t dancing to the NRA’s tune because of money; they are true believers. They buy the whole spiel about freedom. They won’t change because of politics. Yes, the NRA’s money, along with gerrymandering, keeps them safe from having to make a choice, but the bulk of them would choose guns. Guns over everything else.

That’s why they have to lose. The anger has to translate to votes. Polls showing American outrage don’t matter to them. Sweeping out enough to give the gun control side the power is the only thing that will work.

Above, I kind of joked that “In life, I’ve found that it isn’t a good idea to piss off the irrational and heavily-armed,” but that’s really the nut of it, isn’t it? The “freedom” to carry guns everywhere takes away everyone else’s freedom to feel safe. I don’t know if the person walking into the store is a mass-shooter or just a gun-nut, who could turn into a shooter if I told him that he’s making everyone else feel nervous. You just don’t know. And so, like with ISIS, we’re all on the front lines of the NRA’s war on human decency, and their generational battle against human life. Unlike with ISIS, we can do something about it.

2 thoughts on “Paul Ryan and Gun Control: Profile in Courage”