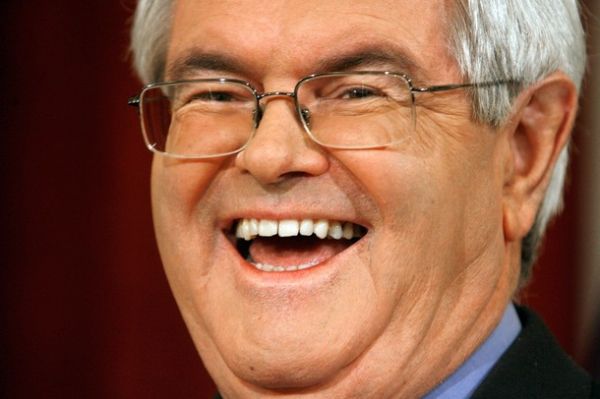 WaPo: Donald Trump’s campaign has begun formally vetting possible running mates, with former House speaker Newt Gingrich emerging as the leading candidate, followed by New Jersey Gov. Chris Christie. But there are more than a half dozen others being discussed as possibilities, according to several people with knowledge of the process.

Let’s see: a disgraced former Speaker who, when running against the avatar of pure charisma that is Mitt Romney managed to win all of South Carolina, and who if anything is even more of a fabulist than Donald Trump, or a blustering East Coast Soprano-wannabe who is hated in his state, with looming scandals and a complete lack of knowledge about anything happening outside Bayonne?

Gingrich has been a top Trump toady throughout most of the campaign, and to be fair, he deserves some credit for recognizing quickly that Trump is the apotheosis of the white anger that Gingrich weaponized in 1994. In his lizard heart, he realized that Trump had what it took to exploit that wave, made even angrier in the last 20 years (and especially the last eight). Newt, while amoral, is smart enough to know that Trump isn’t actually a leader or a good pick to be President. I assume his thinking is that if he is Veep, Trump will mostly delegate to him, and he can have one last shot at remaking America.

That’s quite a calculation, and it is dependent upon Trump being ok with someone so ambitious and outspoken being on the ticket. Chances are Trump will pick Newt just to put him in his place, because he like humiliating people. I’m sure Gingrich thinks he can be invaluable, and will be respected by Trump, but the clash of their world-historic egos will be fascinating, as well as nauseating.

Christie’s calculation is easier: he has nowhere to go. He’s termed out, and it isn’t like he could (or would) run for Senator. It’s VP, AG, or a radio show. All his money is on Trump.

Just imagine Donald Trump, Newt Gingrich, Mike Ditka, Bobby Knight, and Chris Christie standing on a Cleveland stage, laughing wildly while patting each other on the back. That’s your vision of the next four years: fat, angry, old white guys, simultaneously shouting “not politically correct” at each other, sizing up each other’s wealth and pretending that they’ll never die, while a ragtag group of Myrtle Beach refugees in Confederate Flag Looney Tunes shirts howls “we’re the Silent Majority” behind them, casting murder-eyes at the janitor.

If that’s too grim for a holiday weekend, I hope this part will cheer you up. It made me laugh to beat the bank, that’s for sure.

Culvahouse, a former White House counsel who is managing the vetting for Trump, was the lawyer who vetted then-Alaska Gov. Sarah Palin for the GOP vice-presidential nomination during the 2008 campaign.

Trump only hires the best.

One thought on “VP Wanted: Must Have Experience in Government, Jowls”