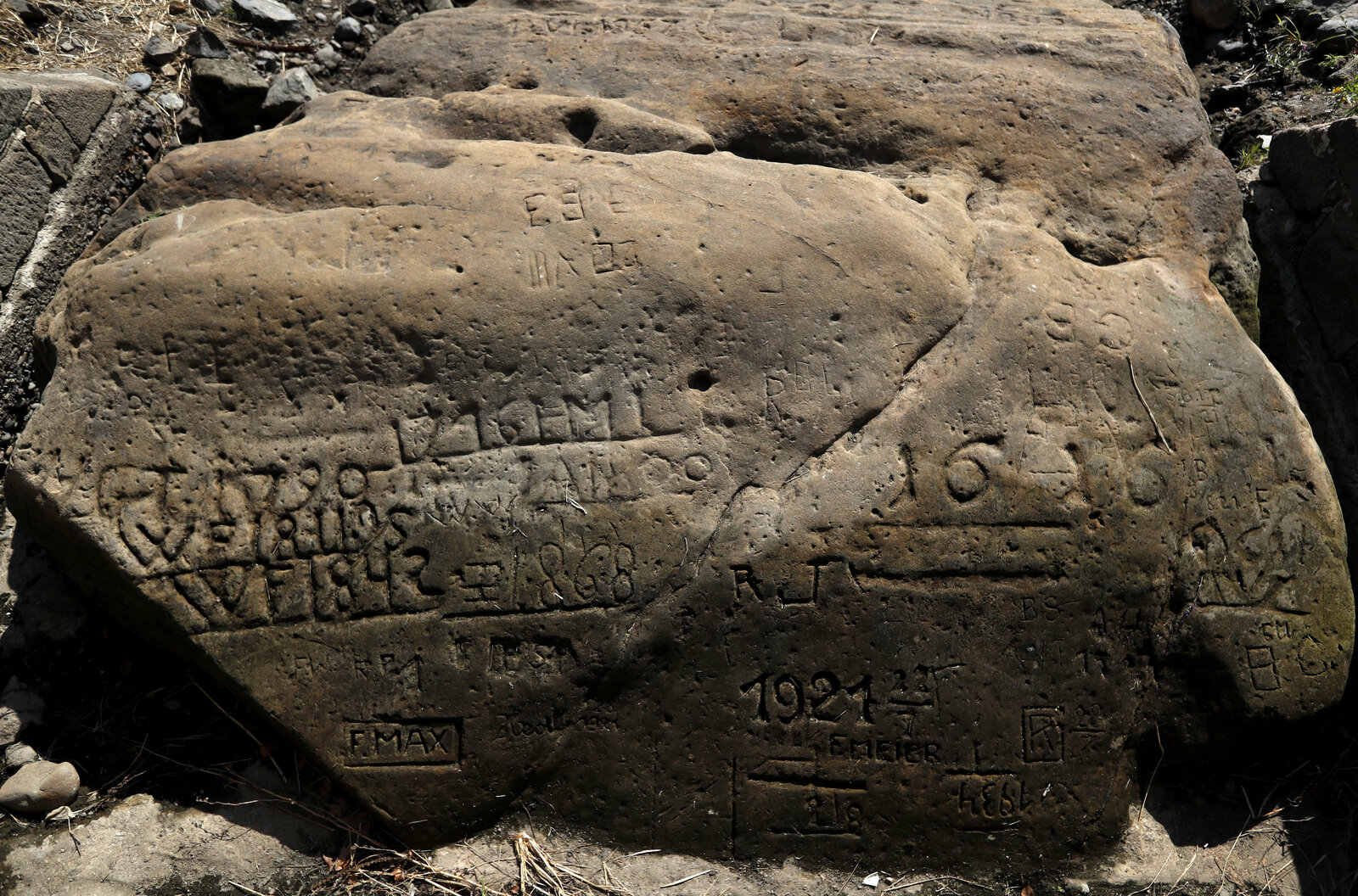 Nothing good ever starts with “an uncovered warning from the past.”

Here are two stories about the environment. In the first, we live in sacred and trembling terror regarding the unpredictability of nature and our dependence on water, which cares not for our needs.

A lengthy drought in Europe has exposed carved boulders, known as “hunger stones,” that have been used for centuries to commemorate historic droughts — and warn of their consequences.

The Associated Press reports that hunger stones are newly visible in the Elbe River, which begins in the Czech Republic and flows through Germany.

“Over a dozen of the hunger stones, chosen to record low water levels, can now be seen in and near the northern Czech town of Decin near the German border,” the AP writes.

One of the stones on the banks of the Elbe is carved with the words “Wenn du mich seihst, dann weine“: “If you see me, weep.”

In the second, we literally shoot the sky, telling nature not to fuck with our manufactured goods, because capitalism is in charge, here. It goes about as well as you might imagine (and this is honestly one of the wildest stories I’ve read in weeks).

Farmers in Cuautlancingo, the rural municipality where the plant is located, claimed that VW’s use of “hail cannons” was causing a drought that has made them lose 2,000 hectares (5,000 acres) of crops.

In June, VW started using the shockwave generators — sonic devises that purport to disrupt the formation of hail in the atmosphere — to prevent its newly-built vehicles, which are parked in an outdoor lot, from being damaged by the falling ice pellets. The practice purportedly disrupts the formation of hailstones.

Gerardo Perez, a farmers’ representative in the area, said the devices not only disperse hail storms, but all precipitation that has occurred since May, which marks the beginning of the rainy season in Mexico. “The sky literally clears and it simply doesn’t rain,” he told the news agency AFP, adding that the cannons were “affecting the Earth’s cycles.”

I can’t think of anything more emblematic of the capitalist desire to bend nature into commerce than attacking the sky to ward off hail. It’s really a perfect summation of the mostly-terrible but sort-of-admirable reckless and brash and goofily-self-destructive nature of man to try to defeat weather rather than risk testing the unproven technology of a “roof”.