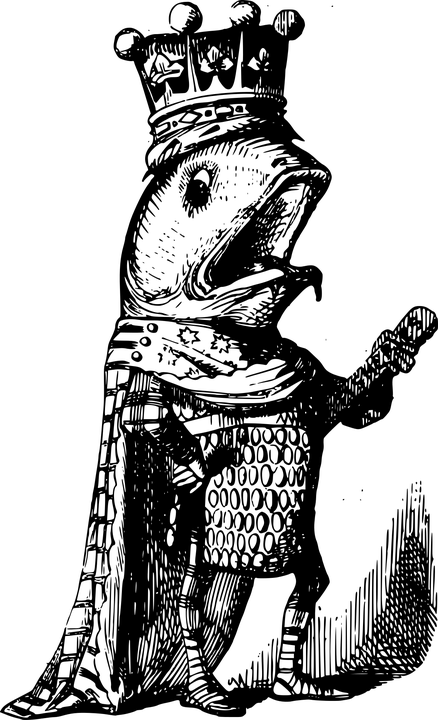 How many times over these last few horrible days have you heard a variation of the phrase “Donald Trump failed to act like the President when the nation needed it.” I’m guessing a lot. The POTUS faced universal and happily bipartisan outrage for his mealy-mouthed avoidance of the true nature of this weekend’s horror, for merely conjuring up vague images of violence and bigotry from “many sides”.

The condemnation was of course correct. This is a man who pulls out the knives for literally anything that displeases him, from Gold Star families to newscasters to suspected Islamic knife attacks in Turkey. For him to be vague was a deliberate choice.

What’s more, it isn’t like he has been reticent to plunge into matters of racial violence beforehand. Last year, after the horrifying and sickening murders of police officers in Dallas by Mich Johnson, Trump consistently repeated the lie that Black Lives Matters activists called for a moment of silence for the shooter.

There was literally no evidence of it. As far as I was ever able to tell, no one (not even O’Reilly, who also repeated this) ever even found like a stray comment on an obscure message board that could get conflated to BLM “calling” for a moment of silence. It was something that was just made up.

But that didn’t matter to Trump. So not only was he legitimately angry and sickened at the murders (as we all were), but he added to it an incredibly divisive and dangerous lie. Those are his instincts.

And then we saw his instincts again this weekend when he refused to condemn anything except vague violence. Yeah yeah, he gave a “firm” statement yesterday, but the damage was done. His white nationalist allies know whose side they are on, and they are emboldened because of it. They all know that yesterday’s statement was pro forma and forced.

There is a chance that their hands are forced. There’s a chance that Jeff Sessions, who grudgingly admitted that the car attack “met the legal standard” of terrorism, will have to crack down on white nationalist militias and gangs, because it is politically impossible not to. My guess is that not much will happen. My guess is that a conviction of the driver will be touted as a major win, and be used to say “get off our backs.”

This is why the President matters. His appointments and his priorities matter. Jeff Sessions matters. Trump’s de facto approval of white nationalism matters. His using the phrase “cherish our history” was a direct homage to the ostensible goals of the white nationalist movement, to protect Confederate monuments, because liberals are trying to erase white history, which is, of course, “our history”. He encourages them because his only political ideology above and beyond the cult of self is vague white nationalism.

But then, there’s that phrase: “when the country needed the President”. To me, that’s super pernicious, and it is shown to be so because of Trump. The country doesn’t need a father-confessor, and we shouldn’t pour our hopes and dreams into the Presidency. We shouldn’t have an elected public official be our moral guidance counselor.

That’s a problem we have had for generations, and it is dangerous. Sure, we’ve had some good compassionate people. Barack Obama was incredibly empathetic and eloquent, and could channel grief into something productive (like in his Charleston eulogy). George W. Bush wasn’t as eloquent, but was able to speak to the country in times of grief. Bill Clinton could do it well, but never seemed totally sincere; seemed more like a man in love with his voice. George HW Bush was distant and patrician and saw the Presidency as a job, not a calling. Reagan was a gifted storyteller.

And HW was the only one who served one term, because we have a need for the President to be the Boy Scout leader of the nation (that’s not the only reason he lost, of course). That need we have is sometimes filled when we have a Reagan or and Obama, but it clearly isn’t when we have Donald Trump, a paranoid racist tiny little man. Because then the opposite happens. We feel more adrift, and the worst get filled with even more passionate intensity.

But maybe that’s changing. Maybe that’ll be Trump’s one positive contribution to this country. No one even really expected Donald Trump to do the right thing. No one, I think, except pundits and other Green Room creatures, turned their lonely eyes to Washington. We know we can’t rely on him. We know we have to fight these bastards locally, city by city, message board by message board. Maybe breaking the feeling that the president has to be the best of us will make it matter less when we elect the worst of us.