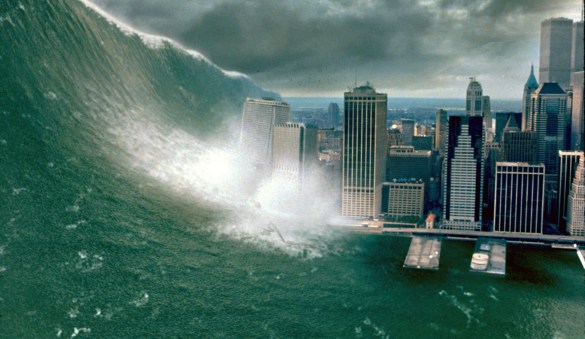 On the one hand:

The year 2016 made history, with a record global temperature, exceptionally low sea ice, and unabated sea level rise and ocean heat, according to the World Meteorological Organization (WMO). Extreme weather and climate conditions have continued into 2017.

After weeks of rumors and delays, President Trump signed an executive order on climate policies Tuesday at the headquarters of the Environmental Protection Agency—an agency the Trump administration tried to hit with a $247 million cut for the current fiscal year, according to Politico, and is seeking a 31 percent budget cut for next year. The order includes a number of actions to undo Obama-era decisions addressing the greenhouse gas emissions that have already warmed the world’s climate about 1 degree Celsius (1.8 degrees Fahrenheit) since the late 1800s.

Remember, to these malicious turnips, who are essentially saying that the US is pulling out of the Paris Agreement, success can be measured by dooming the entire species.

You know who doesn’t dig this? Exxon.

Oil giant Exxon Mobil is urging Donald Trump to keep the United States signed up to the Paris Agreement on climate change. In a letter to the President’s special assistant for international energy and the environment, a senior Exxon official described the historic international deal as an “effective framework for addressing the risks of climate change”.

But you know who has a completely coherent and not at all illiterate and incomprehensible message of reassurance? The man with the nukes himself, Dancin’ Rick Perry!

As part of the announcement, Secretary of Energy Rick Perry said, “America’s leadership, the president’s leadership, on how we achieve energy independence while improving our environment in this country and abroad is determined more by the actions that this president is taking than at any time.”

It’s too bad there won’t be any history classes in the Aftertime, because they’d have a field day with this.

2 thoughts on “Climate Change Madness: The Real World vs. Trump”