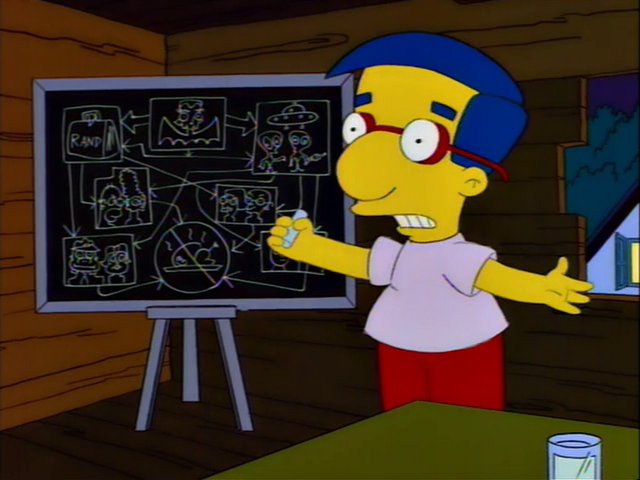 Trey Gowdy first came to the national spotlight when he began his relentless investigation into Benghazi, which, to hear the GOP tell it, was the first time something bad had happened to Americans in the Middle East, which is the only reason they spent years and millions of dollars investigating. Gowdy was determined to find out exactly what happened, because that was his solemn duty as an American, and there were no alternative motives.

It was probably just a happy coincidence that, although the main takeaways were 1) sometimes tragic things happen in unstable countries and a nation determined to have a global military and diplomatic presence will bear the brunt of that; and 2) maybe the GOP shouldn’t have cut embassy and consulate security spending, the investigations also helped to hurt Hillary Clinton.

Really, obviously, that was the entire point. The GOP knows the way to work the modern media climate. Keep putting things in the news. Keep hyping up scandals even if they can be disproven easily. People will hear words and phrases bandied about and assume something bad has to be going on. The media will duly report on it, and the initiates in the media and the right-wing noise machine will amplify it. Facts don’t matter; what matters are certain words that enter the ether, sulfurous and redolent of crime. That’s why there were innumerable hearings on Benghazi. It kept the name alive.

And that was their strategy yesterday during the Comey hearing as well. The entire plan, revolving largely around the boss’s unhinged ego-preservation strategy, is that the real crime issue here is leaks. One might point out that Gowdy’s own Benghazi panels leaked like a reefstruck dinghy, in a way that just so happened to consistently hurt Hillary Clinton. One might even argue that was the entire point of the hearings. But no matter: right now, the Republicans are united in fury at the very thought of leaks! This is the most serious issue our country is facing.

As we talked about yesterday, this is part distraction, and part fervent belief that the Obama “Deep State” is hurting Trump. They are unable to believe otherwise. And Gowdy, who pretends to be a serious prosecutor but is really just a skilled manipulator of the media, both normal and alternative, knew his job.

During his interlude with Comey, he commiserated about the seriousness of the crime of leaking (which is a crime in many cases). He then put forth a laundry list of names of people who could, in theory, have access to redacted names that made it to the press. (Times summary, then WaPo transcript)

“I thought it was against the law to disseminate classified information. Is it?” Mr. Gowdy asked.

GOWDY: Do you know whether Director Clapper knew the name of the U.S. citizen that appeared in the New York Times and Washington Post?

COMEY: I can’t say in this forum because again, I don’t wanna confirm that there was classified information in the newspaper.

GOWDY: Would he have access to an unmasked name?

COMEY: In — in some circumstances, sure, he was the director of national intelligence. But I’m not talking about the particular.

GOWDY: Would Director Brennan have access to an unmasked U.S. citizen’s name?

COMEY: In some circumstances, yes.

COMEY: I think any — yes, in general, and any other national security adviser would, I think, as a matter of their ordinary course of their business.

COMEY: I don’t know the answer to that.

GOWDY: Would former Attorney General Loretta Lynch have access to an unmasked U.S. citizen’s name? COMEY: In general, yes, as would any attorney general.

GOWDY: So that would also include Acting AG Sally Yates?

COMEY: I’m not gonna get into either that particular case that matter, or any conversations I had with the president. So I can’t answer that.

This is perfect. He’s just throwing names out there, just in theory, just trying to see who may have had the ability to disseminate this information. Just because the names he threw out there happen to be a rogue’s gallery for the right wing doesn’t mean anything. He’s just doing his damn job.

What he’s doing is giving red meat to the base while trying to force the actual media to look at the “theoretical possibility” that many people in the previous Administration, up to and including President Obama, had access to these names, and could have leaked them. The right wing Twitter armies and talk radio goons will go nuts poring over every name, and tying that to their broad conspiracy that the reason Trump is failing is because a perfidious and traitorous elite, aided by a Bolshy bureaucracy, is undermining him (undermining America).

Dragooning Sally Yates into this is key. She, of course, said that she couldn’t defend the travel ban, and was duly (and rightfully) fired. That was the beginning of the “Obama is still ruling Washington!” campaign, a distraction from the gross illegality and immorality of the ban. And now, Gowdy is continuining to push that, hoping that it’ll work once again.

My guess is no, it won’t. I mean, it’ll be great for Breitbart and Alex Jones and their satellites, and someone will uncover evidence that Ben Rhodes was offered a discount on a Washington Post subscription when he signed up for Amazon Prime, so there is your goddamn quid pro quo, but they are beginning to realize things are different when it is your party in power. You can’t point to the bogeyman. It’s you.