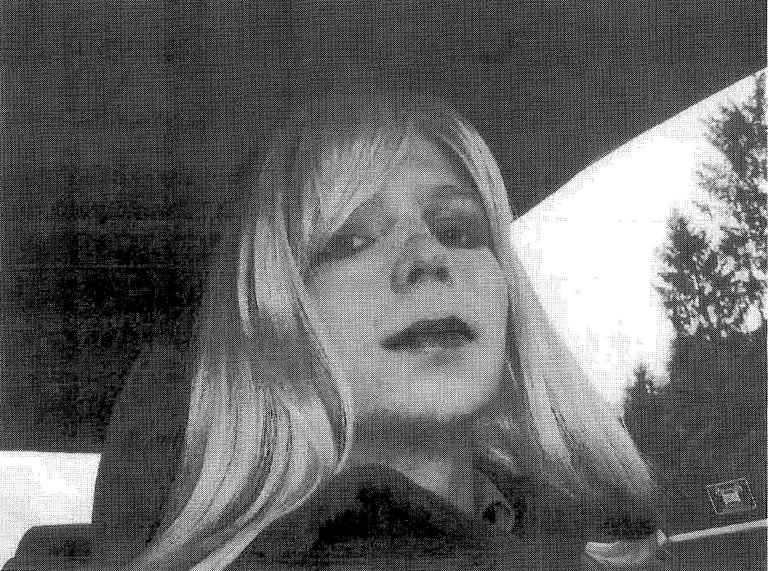 Chelsea Manning did her time. Anything else is merely culture wars.

As one of his final acts of office, outgoing President Barack Obama commuted the sentence of Chelsea Manning, the former Army intelligence officer whose theft of classified materials, published on Wikileaks, exposed US spies, ruptured diplomacy, and helped boost Wikileaks into the international spotlight.

This blog has never been a particular fan of Manning. Even before it was clear that Julian Assange was more anti-Western Alliance than any sort of true pro-freedom advocate, I found him sinister, and found the primary Wikileaks dump to be obscene. While I don’t think governments should have many secrets from its people, diplomatic cables aren’t made for the public. Indeed, if you believe in diplomacy instead of war, they have to be private.

The Wikileaks documents (which admittedly are too big to generalize) aren’t like Snowden’s revelations about a specific program. They are more like taking pictures of a celebrity in the shower. You may say that you are shining a light on their cleaning practices, but it is really just titillation. Knowing that diplomats distrusted certain leaders and made fun of others behind their back wasn’t breaking open the walls of the Deep State and showing the puppet masters within. It just made the impossible job of diplomacy harder.

Wikileaks was damaging, and pointlessly so. Chelsea Manning broke the law. So why did President Obama commute her sentence?

Well, for one thing, she had already served her time. She’d served seven years, already an extremely long time for someone convicted of leaking classified information, and that was only a fifth of the total sentence, an obscene 35 years. By contrast, James Cartwright, who lied to FBI agents about leaking info regarding Stuxnet, had a plea deal that would get him, at the most, six months in prison. (President Obama gave him a full pardon yesterday).

For another, these pardons were largely on humanitarian grounds. Manning is of course transgendered, serving time in a male prison (she was still Bradley Manning when convicted). It’s a particularly unique hell, which explains why she has tried to kill herself twice in the last year. This pardon was on a humanitarian basis as much as anything.

And I think President Obama (and yes, I’m going to type “President Obama” as much as possible while it is still a present-tense descriptor) also recognized that Manning does not equal Assange. When she stole the data, she was serving in a low and dirty war started for low and dishonest reasons. It was a cracked system in which hundreds of thousands died for no real reason. She wanted to expose that.

There is a certain heroism there, from a certain angle. Of course, she did zero due diligence, essentially just doing to equivalent of grabbing a random file cabinet as a corporate espionage strategy and claiming that releasing Jan from accounting’s HR report blew the lid off the whole thing. That said, she actually was trying to do her patriotic duty of exposing dishonesty at the highest levels.

And she did her time. She did more time, in a harder way, than anyone who had done something similar. And of course, that isn’t enough. The howls from the right are nearly deafening, and it isn’t just because they are eager to distract from the fact that their Obamacare repeal is a walking disaster. They actually believe that this is proof of President Obama’s pusillanimous treason. That he’s just been waiting.

(That this flies in the face of the Administration’s reality–their intense prosecution of leakers and whistleblowers is one of the great moral failures of the last eight years–doesn’t matter. They have a construct of the man, and reality can go pound sand.)

Needless to say, John McCain was one of the leading fury monkeys. “But the move was sharply criticized by several prominent Republicans, including the chairmen of the House and Senate armed services committees, Representative Mac Thornberry of Texas and Senator John McCain of Arizona, who called her leaks “espionage” and said they had put American troops and the country at risk.”  (I’m sure he was deeply frustrated that he couldn’t shoehorn in a Munich reference)

Paul Ryan, of course, took it a step further. “’President Obama now leaves in place a dangerous precedent that those who compromise our national security won’t be held accountable for their crimes,’ he said in a statement.”

This is, of course, a goddamn lie. Chelsea Manning was held accountable for her crimes. It is just that her sentence was wildly disproportionate to her crime, and that is the entire point of commutation. She wasn’t pardoned. She isn’t going to receive full pension from the Army. She’s not getting a goddamned medal. She just doesn’t have to serve the entirety of an outlandishly cruel sentence.

But that’s the point for the Republicans. Cruelty isn’t a bug. It’s what defines them. It’s how they pretend to be tough. And don’t think there isn’t an intense amount of bullying here because she is transgendered. That’s part of the point. They laugh at her plight, because it’s fun to pick on a dude in a wig, right? They snicker at what might be happening to her in prison. They think she deserves it.

There is an enormous amount of faux-machismo in people who delight in Manning’s sentence. Paul Ryan and the other Republicans know that saying Obama is a weakling always plays well (again, as dishonest as it is), especially if he’s weak on security and the beneficiary is a queer or tranny or whatever it is he calls himself. The whole thing is redolent of sniggering locker-room cruelty. You don’t see the same outrage in the full pardon of Admiral Cartwright, because that’s punching up.

And that’s what makes President Obama different. He has great capacity for mercy, because he has great capacity for empathy. He didn’t just see Chelsea Manning as an abstraction, someone from whom he could gain easy points, someone who he could laugh at with the boys in Janesville or Palookatown. He saw her as someone deeply troubled, who did something wrong for what she thought were honorable reasons, who was punished, who suffered terribly for her crimes, and who shouldn’t have to suffer for the rest of her life due to an absurdly punitive system.

He saw her beyond the culture wars. For the right, she’s just a spoiled weirdo who hates America, and looking beyond that means opening yourself up to empathy, which is really what the phony culture wars are all about. You either try to practice it (and we all fail more often than not) or you don’t, and anyone who suffers because of that deserves to. Manning was the perfect victim of this mentality. A Republican would be proud to let her rot.

That’s why, despite the very real fact that President Obama has been unprecedentedly hard on whistleblowers, I’m still proud that he was my President. Can you imagine Donald Trump commuting her sentence? Or Marco Rubio, or Jeb Bush, or Ted Cruz? Of course not. Bush wouldn’t have had the political courage. Cruz and Rubio grew up in the culture wars, and are (admittedly to different degrees) instinctively cruel.

And Donald Trump? He’s a sociopath who is clearly incapable of empathy. Humans don’t exist outside of how they can benefit him.

That’s what makes the commutation so important. It’s the last gasp of empathy before the darkness. It’s showing a way that we can be, and a reed to hang onto over the next few years. It is saying that we shouldn’t look at people as abstractions of as little pieces on our culture wars. It’s showing America what the quality of mercy is. It’s one last gift from Barack Obama to the people we want to be.