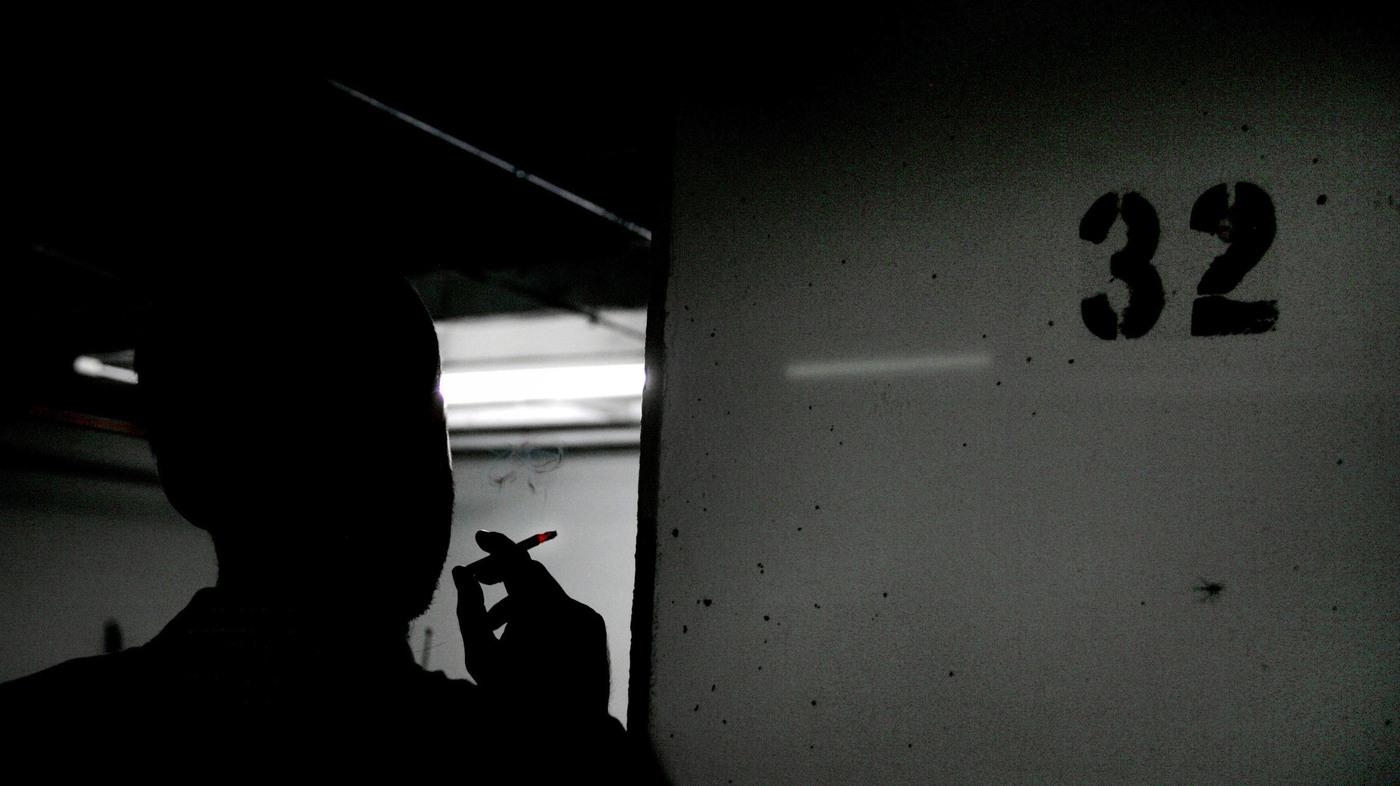 (Note: the obvious thing to do in the title would have been to use the alliterative “The Donald”, but it is a long-standing policy of this blog never to use his self-aggrandizing and nonsensical nickname.)

There are two ways to think of the FBI. One is to imagine them in the wake of crimes, piecing together clues from fluttering papers on shattered streets, finding our domestic enemies, and keeping us safe. That’s certainly valid. But then there is the other FBI, embodied in the inherent corruption of J. Edgar Hoover, whose primary mission for most of its existence seemed to be to break unions, destroy civil rights leaders (like when they tried to get Martin Luther King to kill himself), and dig up dirt on elected politicians.

The last one was a Hoover specialty, and he used it for decades to keep politicians in line keep money flowing to the FBI, and help the FBI’s friends. Not voting for Nixon’s bill, Senator? Maybe this photo of you, two call girls, a rodeo clown, and that wheelbarrow will change your mind. By having dirt on everyone, Hoover was indispensable.

Hoover wasn’t an aberration. Intelligence services have always existed not just to sniff out dangers to the realm and the throne, but to blackmail and threaten. Even Vladimir Putin jokes that the FSB has compromising material on him. By knowing things, they have incredible power. In any sort of state that is troubling, but it creates so much tension in a putative democracy that it nearly makes a lie of the descriptor.

That’s the big issue of the week. The explosive and unverified Russian dossier, put together by an independent agent for political reasons, threatened to hurt Donald Trump, if he were capable of shame or if Republicans had the ability not to rationalize anything away in their quest to save people from the horrors of having health care.

This was, from a certain point of view, the Deep State putting its thumb on the scale. This was opposition material that was given both to the President and the President-Elect, ostensibly to give them a heads-up about potential blackmail against them, but as some say, it was more of a warning from the intelligence agencies to an incoming President who has disparaged them so much: we have stuff, and we can use it, so watch out.

At The Intercept, Glenn Greenwald goes long on the perfidy of the Deep State, in an article titled “The Deep State Goes To War Against the President-Elect, Using Unverified Claims, as Democrats Cheer.”

But, saying “you didn’t seem to have these qualms when it came to compromising Hillary, back when we could have stopped Trump” may be cathartic, but it doesn’t actually address Greenwald’s argument, which is that the intelligence services seem to be trying to leverage their strength against Trump.

To me, this argument isn’t 100% valid. It doesn’t seem like the intelligence services were the source of the leaks: secret agent man was giving the dossier to everyone who might possibly listen, and it was just a matter of time before it got out. So Trump claiming that they leaked this, because we’re Nazi Germany, doesn’t quite hold water (I know, intemperance is a terrible accusation to levy againt an incoming President).

The bigger question, the one that Greenwald is asking, is why did they include an unverified document in the Presidential briefings? To him, the answer is clear: as a warning to the President-Elect. Don’t mess with us. We can ruin you. And that sort of message is in line with how intelligence services have behaved in every dusty Empire and gray authoritarian state, not to mention exceptional America. So one can see merit in that claim.

But let’s go a little deeper: it is a weird sort of blackmail that is already in the hands of basically every news organization in the world, something the FBI/CIA/NSA/DNI surely knew. I bet every source in every alaphabet agency was getting constant call from reporters trying to verify this. Hell, this was given to the FBI by John McCain (granted, they already had most of it). Harry Reid knew about it. It was essentially an open secret. It that is blackmail and leverage, it’s really weak.

So it does seem, on the surface, more likely than not that they included it as an actual warning: this is about to get out. But that raises another question, with the same forking paths. Why include opposition research? There are probably a million things on every candidate.

One path is that they just wanted to intimidate Trump and mess with him. On this path is the darkness of the Deep State, working against a democratically-elected politician. This is a serious issue for a republic, and if it is true, it matters. As dangerous as Trump is, is he as dangerous as an out-of-control intelligence underground, working for their own means? (Answer: honestly, maybe)

In this, Greenwald and others argue that the IC is going to unanimous war against Trump (all agencies agreed to include the dossier in the briefings) because he has declared war against them. And that’s true: Trump has levied an unprecedented, at this level, campaign of rhetoric against the intelligence agencies. And from a certain perspective, that’s good.

But we have to ask why he’s doing this. It’s not because of wiretapping, or because they threaten civil liberties. This is, after all, a man who want a Muslim registry. It’s not because they are too powerful. It’s because they specifically have been investigating the relationship of his campaign to the Russian government. This isn’t a principled war by Trump. It is narrowly confined to what is, at best, a bizarre self-interest.

That brings us to the other path. The other path is that the IC truly believes this is a serious threat and that the Russians might have leverage over the incoming President, an inopportune state of affairs. They may believe his is actually in bed with them, so to speak. At the least, they believe that there is something hinky going on, something that could have serious implications for national security.

Now. I believe the CIA should be disbanded and then rebuilt, starting over. It has a long legacy of corruption and evil, and is out of place with our values. We do need foreign intelligence, but this is a field which should be salted. The NSA is a dangerous organization. I like the FBI, but any intelligence agency almost by default has authoritarian leanings.

That said…this is exactly the kind of thing they should be investigating. If there is an incoming or current President who is compromising our national interest by being in debt to, or compromised by, a foreign power, this is what intelligence agencies are for.

And, in a democracy, they shouldn’t leverage this for their own gain. I’m not saying that they should release everything to the press (though why not? Advocates of radical transparency like Greenwald and Assange should agree), but it should go to the relevant congressional committees, and it should be aired. That isn’t an undemocratic use of power. That is essential to our democracy.

So given that this is weaksauce blackmail at best–the warning (which now it seems Comey alone may have given) is that, dude, everyone already knows this, so be careful–it does seem like the agencies have a legitimate interest in investigating this. The Russian angle is far too weird to be ignored. As Garry Kasparov said, Trump has attacked literally everyone in the world except for Vladimir Putin. Given that we know his temperament means he acts in childish self-interest 100% of the time, it seems worth looking into.

This seems more than just domestic. According to Haaretz, US officials are warning Israel not to share info with the Trump Administration, for fear he’ll pass it on to Russia, and thence to Iran. Again, you could say this is their “war” against him, but to what end? What an extraordinary vendetta it must be if the intelligence services are urging Israel to break with Trump.

At some point, you have to say that the facts seem pretty clear. They honestly believe that this is a mortally compromised administration, and compromised in a way that doesn’t just threaten the nation, but weakens who we are as a country. And so they are going to extraordinary lengths to minimize that damage. As citizens, this is what we expect from our intelligence agencies.

We live in abnormal and perverted times. We’re entering a period unlike any other in our history. We should always, always hold unaccountable intelligence services to high standards, and always be on watch for them. But when we have a strongman wannabe with no respect for democracy and possibly dangerous ties to leaders of other authoritarian countries, we should depend on our intelligence services to find that out, and bring it into the light.

This isn’t blackmail. It isn’t anti-democratic. It’s what might help prevent this rolling disaster.

3 thoughts on “Democracy, the Deep State, and Trump”